UFC 261: Thompson Makes His Pick For Usman vs Masvidal 2 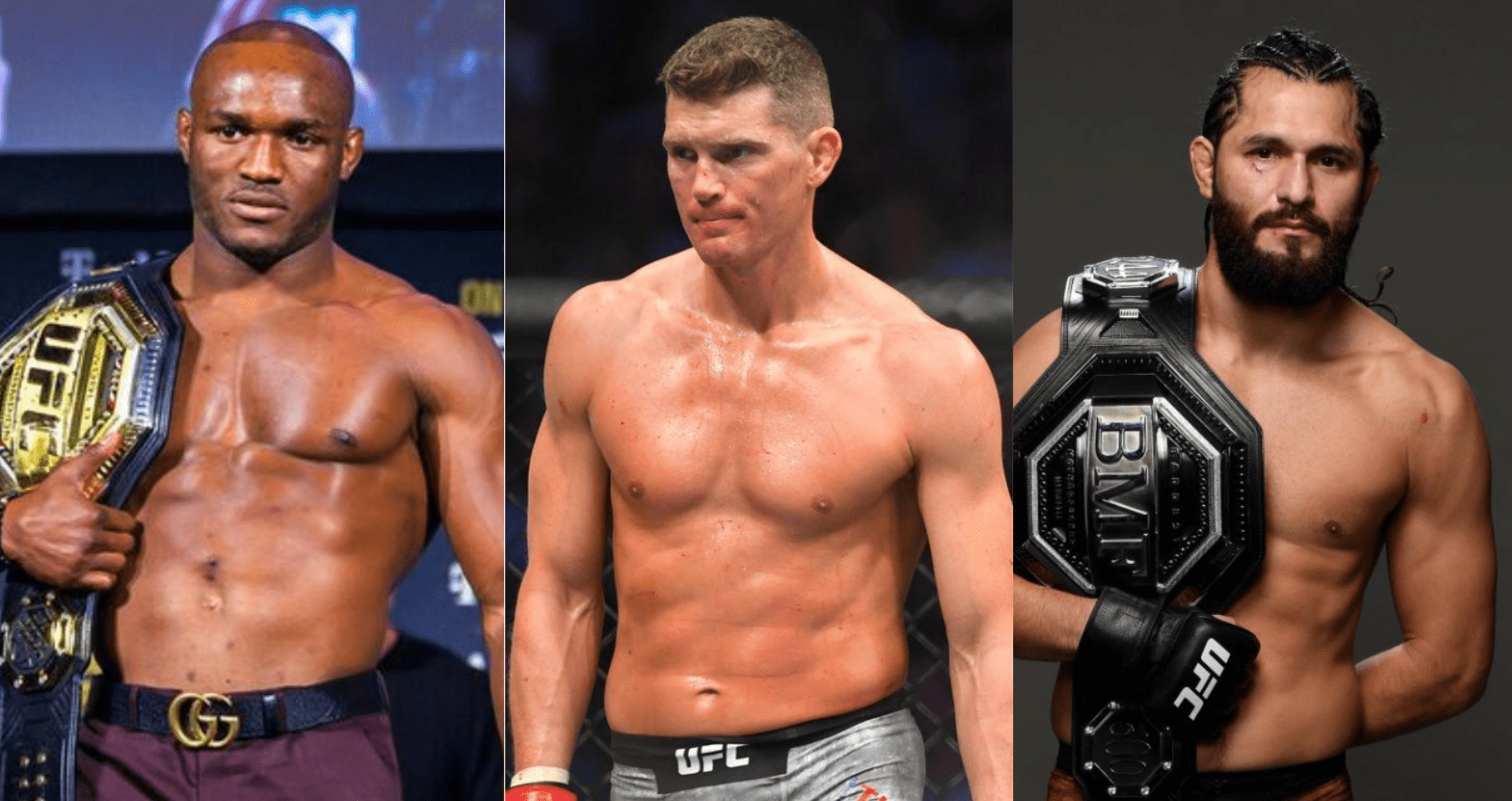 Stephen Thompson has given his thoughts on the upcoming welterweight title rematch between Kamaru Usman and Jorge Masvidal, set to headline UFC 261.

Masvidal replaced Gilbert Burns and challenged Usman for the title on one week’s notice at UFC 251, but lost via unanimous decision. ‘The Nigerian Nightmare’ has opened up as a sizeable favourite ahead of their rematch, but Thompson is backing ‘Gamebred’ against the odds.

Speaking to Submission Radio (as transcribed by MMA Junkie), Thompson said that he is picking Masvidal to leave UFC 261 with the belt.

Thompson was the last man to beat Masvidal before Usman. After losing to ‘Wonderboy’ in a one-sided unanimous decision at UFC 217 in 2017, the BMF champion had a 16 month hiatus away from the Octagon, before returning with win three spectacular performances in 2019.

Having not given Masvidal much of a chance in his first encounter with Usman last year, Thompson believes that the Miami native has enough tricks up his sleeve to shock the world in the rematch at UFC 261.

“I think it’s just because I really want to see him win the fight,” Thompson revealed. “And, you know, I’m kind of biased a little bit, obviously. I kind of gave you my thoughts on that. But I do believe that it can go either way. Like, before, I had Usman winning. Like, he was definitely gonna win. What was it, a two-week training camp, or short notice for Jorge Masvidal? So, I knew Usman had it, because that guy is always in shape, man.

“But now that [Masvidal’s] got a training camp, and on top of that, he’s faced him before, so he knows what he’s gonna bring to the table. I don’t know, man, it’s hard to kind of put him out. Like, he does some crazy stuff. Like, everybody knew that Ben Askren was gonna beat him, right? And then you saw what he did in the first round. I mean, he pulls stuff out like that out of his hat on the [regular], and you don’t know what’s gonna happen, and it’s scary facing a guy like that.”

Usman showed visible improvements in his striking game against Burns at UFC 258, where he TKO’d the Brazilian in the third round to successfully defend his title for a third time. However, Thompson believes Masvidal still has the considerable edge in that department.

“I think it’s great for Jorge Masvidal, because he’s faced the guy, he knows what he’s gonna do if he goes out there with the same game plan. And you don’t really see, I mean, I think that’s what you expect from this guy. He’s gonna wanna get him to the ground,” Thompson said. “You don’t see a tremendous amount of improvements from Usman. I know his striking has improved, but you don’t see anything crazy. He doesn’t do anything that surprises you, like spin kicks, or doing anything wow like flying knees like Jorge Masvidal brings to the game. Like, you gotta worry about that. Like, what Jorge Masvidal’s gonna bring to this fight.”

While Thompson understands why Masvidal is fighting for the title instead of him, the South Carolina native is hoping that he’s the next in line to challenge the winner of the UFC 261 main event.

“I was definitely disappointed to hear that I wouldn’t be getting it,” Thompson said. “I mean, it was a long shot. You know, there’s a lot of guys that are ranked above me that are looking for that shot, and Colby Covington and a lot of these guys have already faced him. Of course, I was pushing. I was the only guy he hadn’t fought, so I thought that would be interesting.

“But then again, I think about it, Jorge Masvidal has been in the limelight for a long time, he’s one of the most popular guys in the UFC, and the fact that he mentioned that if he got the title, he would want to run it back with me. So, I’m not too disappointed. Hopefully he goes out there and gets the W, Jorge Masvidal. So that way I can face him, man. I know he showed interest in the past. His last fight when he fought Usman, he wanted to run it back with me. So, hopefully he still wants to. Keeping my fingers crossed.”

Do you agree with Stephen Thompson’s take on the UFC welterweight title rematch between Kamaru Usman and Jorge Masvidal set to headline UFC 261?