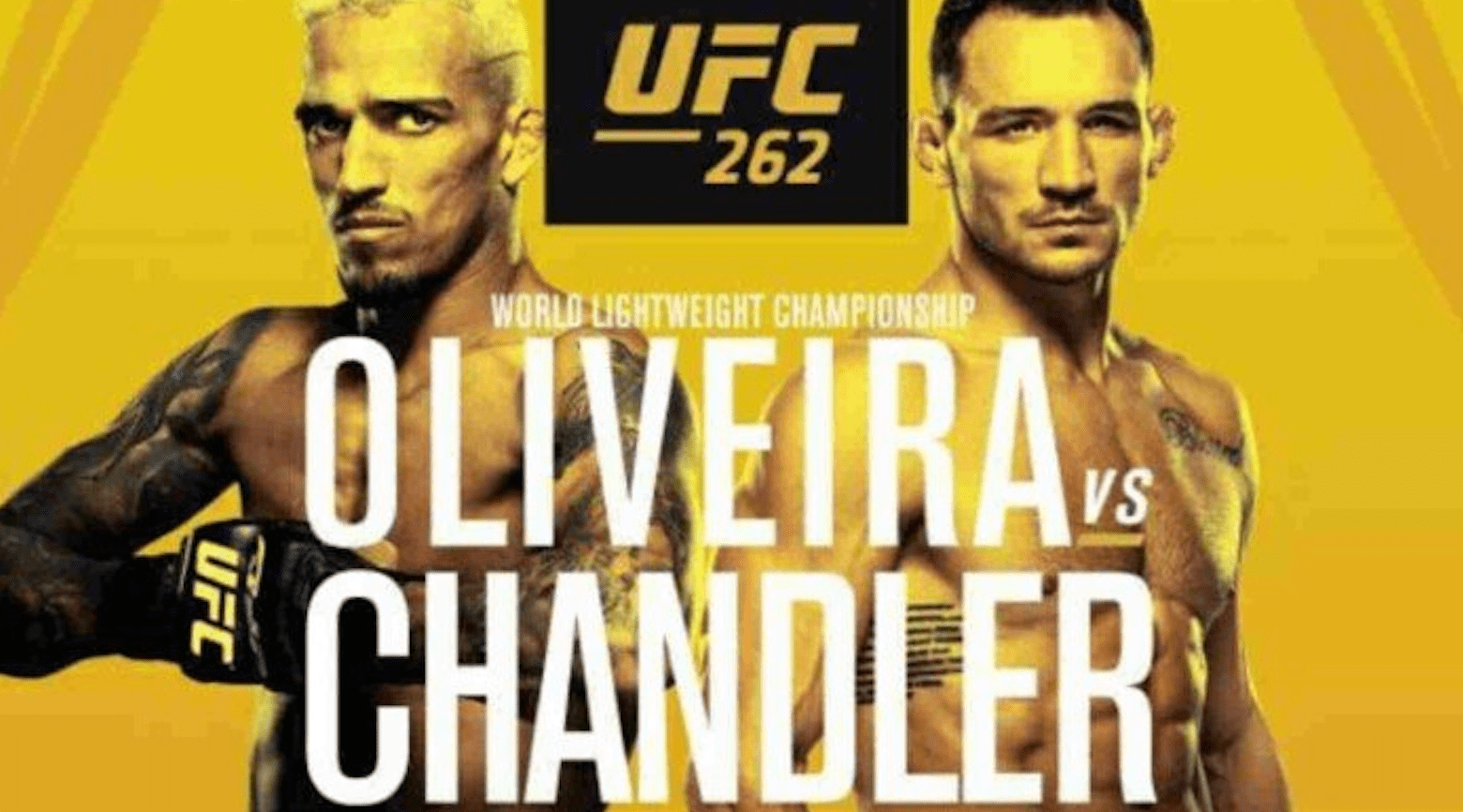 UFC 262 goes down on May 15th at the Toyota Center in Houston, Texas. The promotion’s second pay-per-view with fans back in attendance will see a new lightweight champion crowned, after Khabib Nurmagomedov’s retirement was made official in March. Competing for the belt in the main event will be Charles Oliveira and Michael Chandler.

Oliveira goes into the title fight on a eight fight win streak, and is coming off a dominant win over Tony Ferguson at UFC 256. While Chandler earned the title shot by finishing Dan Hooker in the first round in his promotional debut at UFC 257.

Nate Diaz was originally set to return in the co-main event against Leon Edwards, but their welterweight clash has been pushed back to UFC 263 on June 12th as a result of an injury to the Stockton native.

As a result, the UFC 262 co-main event will see Tony Ferguson look to get back to winning ways against Beneil Dariush. After winning twelve in a row, ‘El Cucuy’ has lost his last two bouts against Justin Gaethje and Charles Oliveira. The 32 year old Iranian on the other hand, goes into the top ten lightweight contest on a six fight win streak.

Elsewhere on the main card, Katlyn Chookagian and Viviane Araujo face off in a top ten flyweight clash, and Shane Burgos takes on Edson Barboza in a top fifteen featherweight contest.

Jack Hermansson’s top ten middleweight matchup against Edmen Shahbazyan has been scrapped from the card and been rebooked for UFC Vegas 27 the following week on May 22nd, after someone in ‘The Joker’s’ team tested positive for COVID.

As we get closer to fight night, we will add the best UFC 262 pre-fight videos to this page. Including the official promos, the face offs, the weigh-ins, and the Embedded Series.

Who do you think will leave UFC 262 as the new UFC lightweight champion, Charles Oliveira or Michael Chandler?