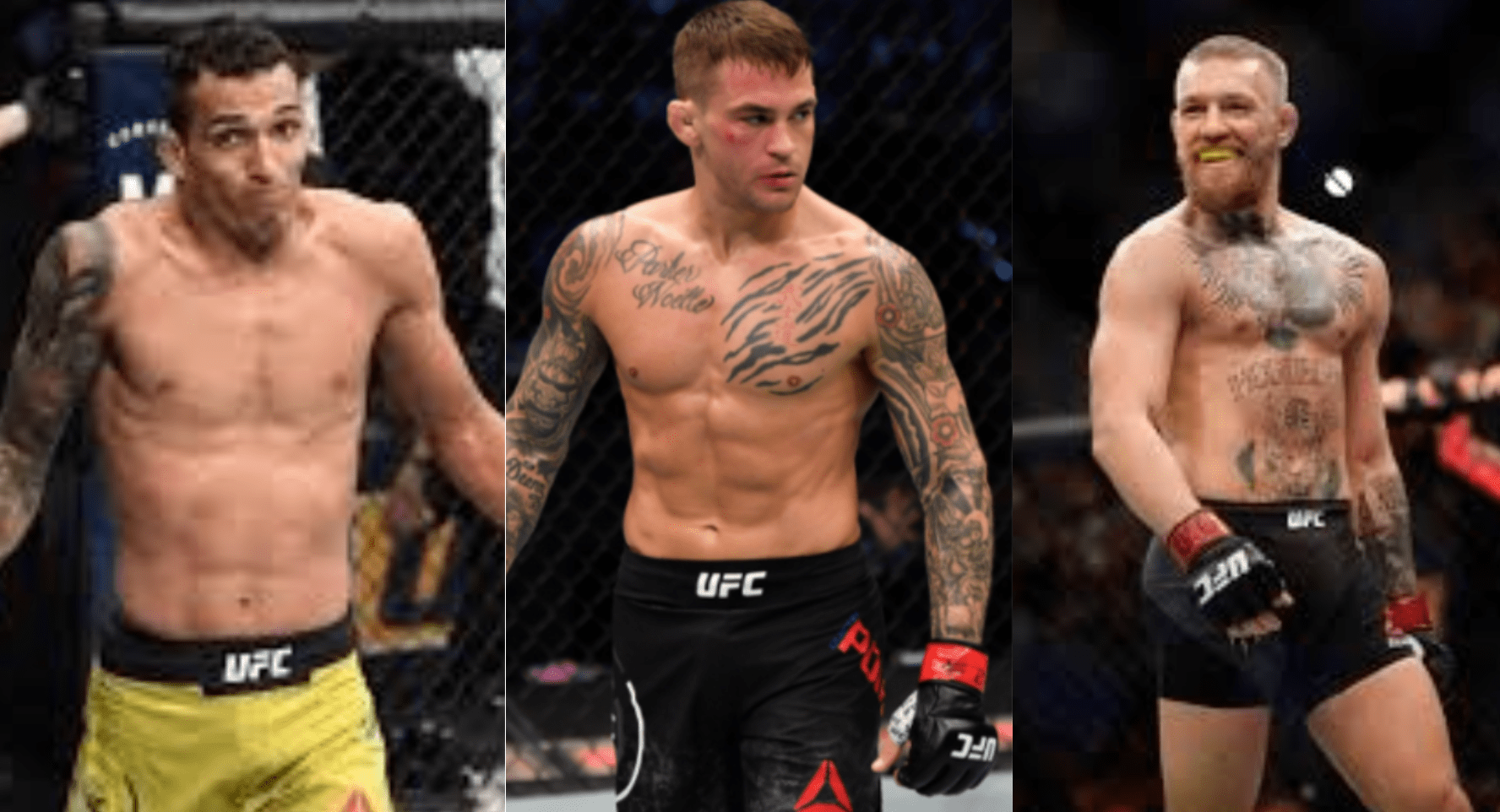 UFC lightweight champion Charles Oliveira has given his thoughts on the upcoming blockbuster trilogy between Dustin Poirier and Conor McGregor, set to headline UFC 264 on July 10th.

Oliveira won the vacant lightweight title by finishing Michael Chandler in the second round at UFC 262. He is likely to make his first title defence against the winner the Poirier vs McGregor rubber match.

Poirier and McGregor have fought twice before in the UFC. The Irishman took less than two minutes to get the job done in their first fight at UFC 178 in 2014, while ‘The Diamond’ exacted his revenge by earning a second round TKO win in the rematch at UFC 257 this past January.

Speaking to Ag Fight (as translated by BJPenn.com), Oliveira said that while he’s predicting a close fight in the third instalment of Poirier vs McGregor saga, he is picking ‘The Notorious’ to come out on top in the trilogy.

“Today, I’m a champion, it’s a new story being written,” Oliveira said. “Whoever wins, I’ll be ready. It’s a very difficult category. For me, it’s the best in the UFC. Who the UFC sends, let’s analyse, but that’s the focus. Whoever wins will fight me. They are two big names. In the last fight, I thought that Dustin would win, but in the second round onwards. He surprised me and knocked him out. For this fight, I think Conor wins. I think he comes with another mindset, more focused. You can win, but it’s a tough, balanced fight. I’m going from Conor. I think he takes the fight. I don’t know why, but I think so.”

“I would Knock Them Both Out”

Whether Poirier or McGregor win the trilogy at UFC 264, Oliveira is confident that he can knock them both out.

“I never choose opponents. I am always ready to fight,” Oliveira said. “They are two big names in the sport, the lightweights. Everyone knows that a fight with Conor has a lot of money and one with Dustin not so much, but they are two great opponents. I don’t choose my fights. I will be ready. I really believe in my jiu-jitsu against either of them, but something tells me that if I fought them, I would knock them both out.

“A few years ago, Charles was the jiu-jitsu guy, who walked forward, took a beating and was a little afraid. Today, I’m not afraid to fight these guys. The funny thing is that when I start fighting, they try to put me down, to do what I know best. This shows how much I’m evolving on my feet. It will definitely be a great fight. Charles, today, is not a jiu-jitsu fighter. He’s a complete fighter, both standing and on the ground, but I think I will knock everyone out.”

Do you agree with Charles Oliveira’s prediction for the Dustin Poirier vs Conor McGregor trilogy?