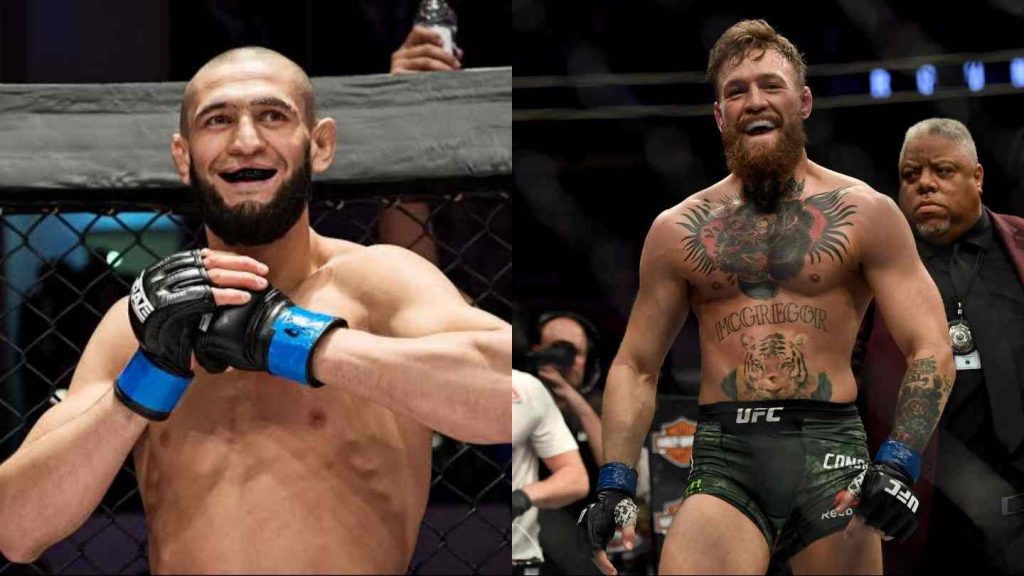 Khamzat Chimaev has stacked three wins in 66 days, since making his promotional debut on Fight Island. This past weekend, he only needed 17 seconds to knockout Gerald Meerschaert at UFC Vegas 11. In his three appearances inside the Octagon, the 26 year old has landed 196 strikes and received only two. The question is now: who is next for ‘Borz’?

Prior to this past weekend, Chimaev was lined up up to face UFC veteran Demian Maia in November. However, after his incredible performance against Meerschaert, the UFC may very well give him someone else now instead.

Speaking to TMZ Sports, Chimaev’s manager Ali Abdelaziz, opened up on who he would like to see his man face next.

“Demian Maia is a good fight, but I’m looking for him to fight Nick Diaz, [Jorge] Masvidal, some of these guys, because I think he’ll mop the floor with them too. I think he’ll beat the s***out of these guys,” Abdelaziz said. “These guys are a little bit older, they’re veterans, they’re great fighters, but Khamzat is on another level.”

“Khamzat Will Put Conor McGregor In A Wheelchair”

Chimaev previously called out the former two division UFC champion, Conor McGregor. However, Abdelaziz believes that the undefeated prospect would put the ‘mentally unstable’ Irishman in a wheelchair, if they were to fight.

Although McGregor is currently retired, he is expected to return in 2021. He last fought at UFC 246, where he only needed 40 seconds to finish ‘Cowboy’ Cerrone in the main event.

How do you see Khamzat Chimaev vs Conor McGregor playing out inside the UFC Octagon?