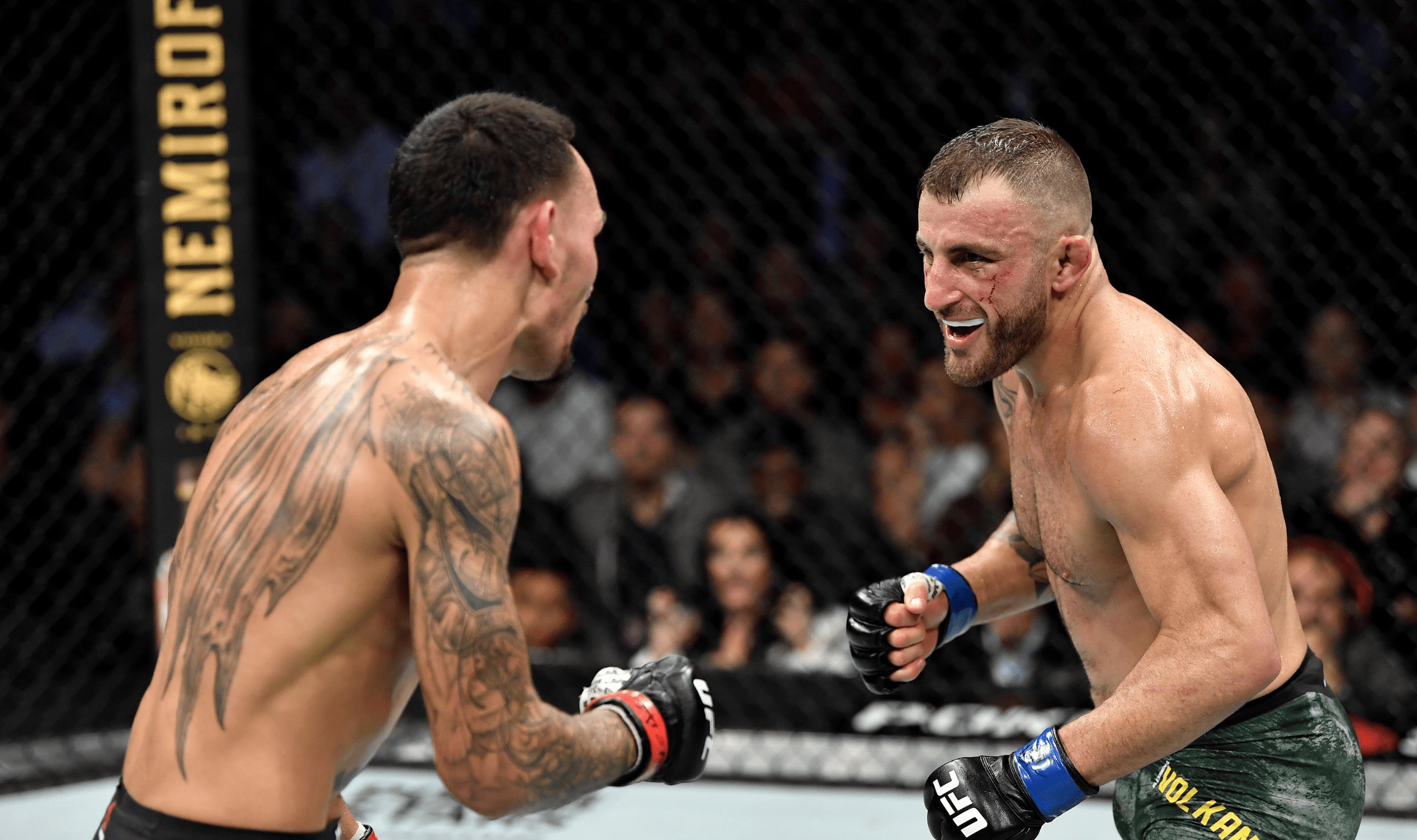 Newly crowned UFC featherweight champion Alex Volkanovski has claimed that a rematch with Max Holloway at UFC 251 in Perth, Australia was almost finalised, before the recent break in play caused by the coronavirus pandemic.

Volkanovski successfully outworked Holloway at UFC 245 last year, to secure a unanimous decision victory. The Australian landed a barrage of leg kicks and survived multiple wild exchanges in the closing rounds to seal the victory. Speaking to MMA junkie, the champion revealed that the rematch is up in the air now.

“It just wasn’t signed, but … I know I was happy with it, I’m pretty sure Max was happy with it. We just didn’t get it done probably because of what was happening. They didn’t want to lock nothing in if they didn’t know, but we still don’t really know exactly what’s happening but it’s not looking good. I’m not going to try and talk the fight up because right now there’s nothing happening but yeah, it was close.

After impressing in their first fight, Volkanovski guarantees he’ll finish Holloway in the rematch.

“He’s a great fighter. I’ve got a lot of respect for him as a fighter – so does my team,” Volkanovski said. “We gave him the respect he deserves. That’s why I had to go with that game plan. I still think I could have got the finish. I still believe that the finish is there. I still think if we fight again, I’ve got the feeling that I’m going to go out there and finish him inside the five [rounds], definitely.

“To go out there and shut Max like that and outstrike him is really setting a statement. If anyone knows the game, they know that not many people can actually go out there and do that. So that’s saying something. But I believe the next time we face, if that match happens, I’m finishing him inside the five, 100 hundred percent.”

Dana White is adamant that the UFC will return on May 9th. With the concept of his Fight Island still very much in discussion, the champion seems open to explore all options to get the fight.

“If this island thing is legit, and they can get me on this island to do my camp and then fight, I’m all for it,” Volkanovski said. “Give me a little camp there with my team, even if it’s the [City Kickboxing] boys, even if we’re all on the same card. We all do the camps with each other on the island, and then we fight – 100 percent I’ll be down for that. I think that will be unreal. But we just don’t know what’s happening.”

Regardless of location or date, we can be sure that this second fight will deliver. Both camps appear to want the rematch and with two highly motivated fighters available, fireworks are guaranteed.

Do you think Alex Volkanovski can finish Max Holloway in their rematch?