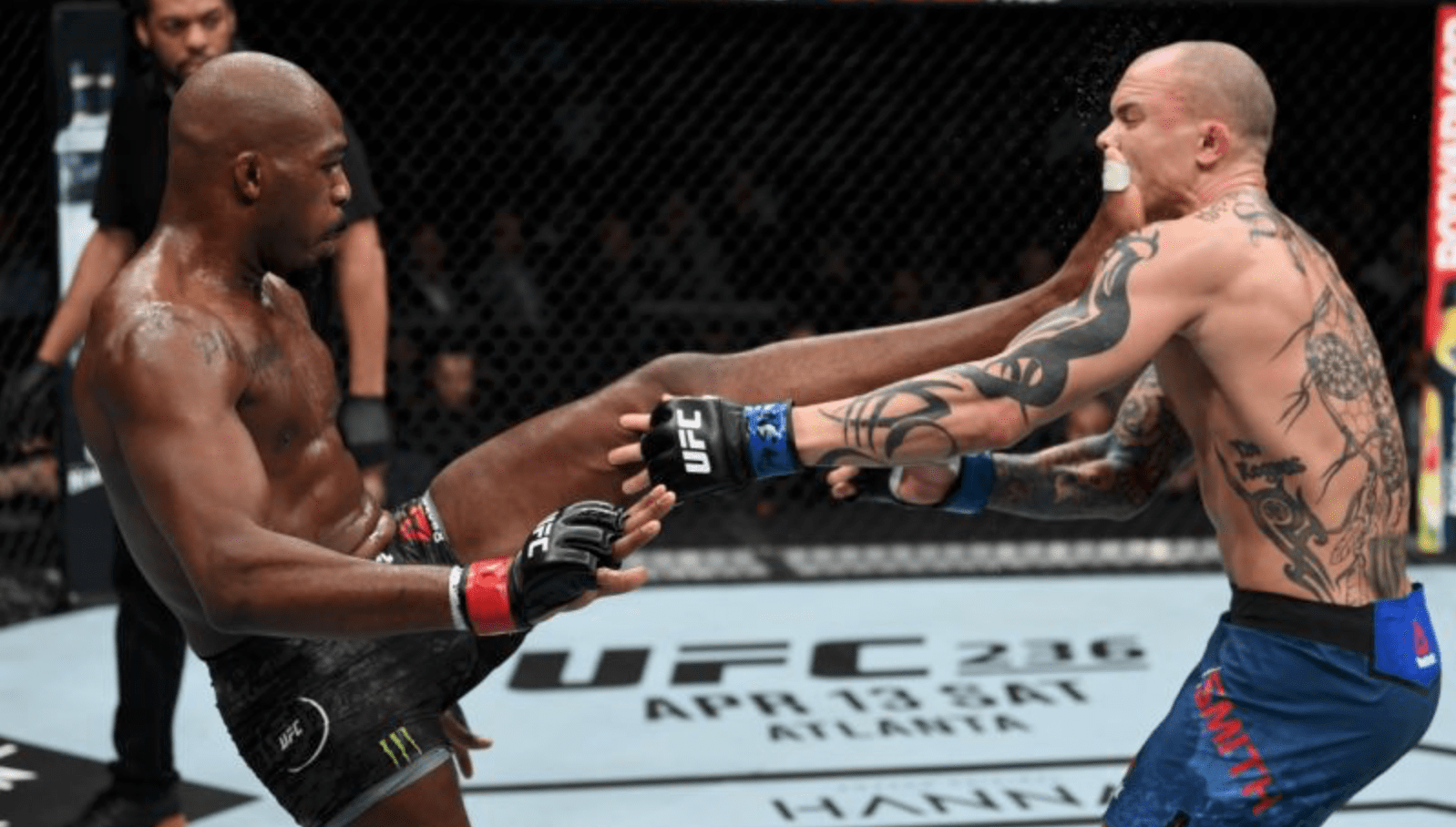 Jon Jones has been making headlines for all the wrong reasons since he last stepped foot inside the Octagon at UFC 247, after being arrested for aggravated Driving While Intoxicated (DWI) and negligent use of a firearm. The UFC light heavyweight champ has now come under attack by former opponent, Anthony Smith.

Smith had one of the toughest fights of his life recently, but this fight wasn’t inside the Octagon. The former UFC light heavyweight title challenger had to fight for his life, when his home was invaded by a man in the middle of the night.

Following the incident, Jones took to Twitter to state that if he found himself in the same position, he would have left the intruder unable to walk. His comments didn’t sit well with Smith.

In a recent interview with ‘MMA on Sirius XM’ (as transcribed by BJPenn.com), Smith had some choice words for the champion.

“Jon did kind of reach out and Tweeted about my whole situation,” Smith began. “It said something like ‘glad Anthony is ok, that guy wouldn’t have walked out of my house.’ So it’s like, what a perfect moment to flex, Jon. In the middle of a disaster like that in my home. What a perfect opportunity to flex how goddamn cool you are. Just when you thought ‘that’s pretty admirable of Jon Jones to reach out well-wish me,’ then as you continue reading you’re like ‘oh that’s right, I forgot you’re still a f***ing douchebag.’

“It’s just his opportunity to insert himself and make sure everyone knows how cool and bad ass he is,” Smith continued. “You know, for a second, I thought I was going to have to respond and say ‘hey thanks man, I appreciate it,’ and then you continue reading and you’re like ‘just for a second I thought you were human and you have a soul, and then I realise you’re the same piece of s*** that you’ve always been.’

“You’re just flexing,” Smith concluded, addressing Jones directly. “You’re such a douchebag, man. What are you doing? First of all, I had a worst case scenario. We get it Jon, you’re all over Twitter and Instagram with all your guns and your cool dog, but I got caught. I got caught slipping, worst case scenario. Guns weren’t close: not typical. Door was open: not typical. I don’t get what he’s getting at. It’s really easy to sit there and go ‘if that guy came to my house I would have just beat the s*** out of him, I would have done this, I would have shot him.’ It’s really easy to say that until you’re caught in it and you’ve been awake for eight seconds and you’re in the middle of a goddamn pandemonium throw down in the middle of your living room with no pants on. Nobody’s ready for that s***. It’s really easy to flex on Twitter.”

The two light heavyweights met inside the Octagon last year at UFC 235, where Jones won via unanimous decision, to defend his UFC 205lbs title.

What did you think of Jon Jones’ comments? Was Anthony Smith right to be upset?