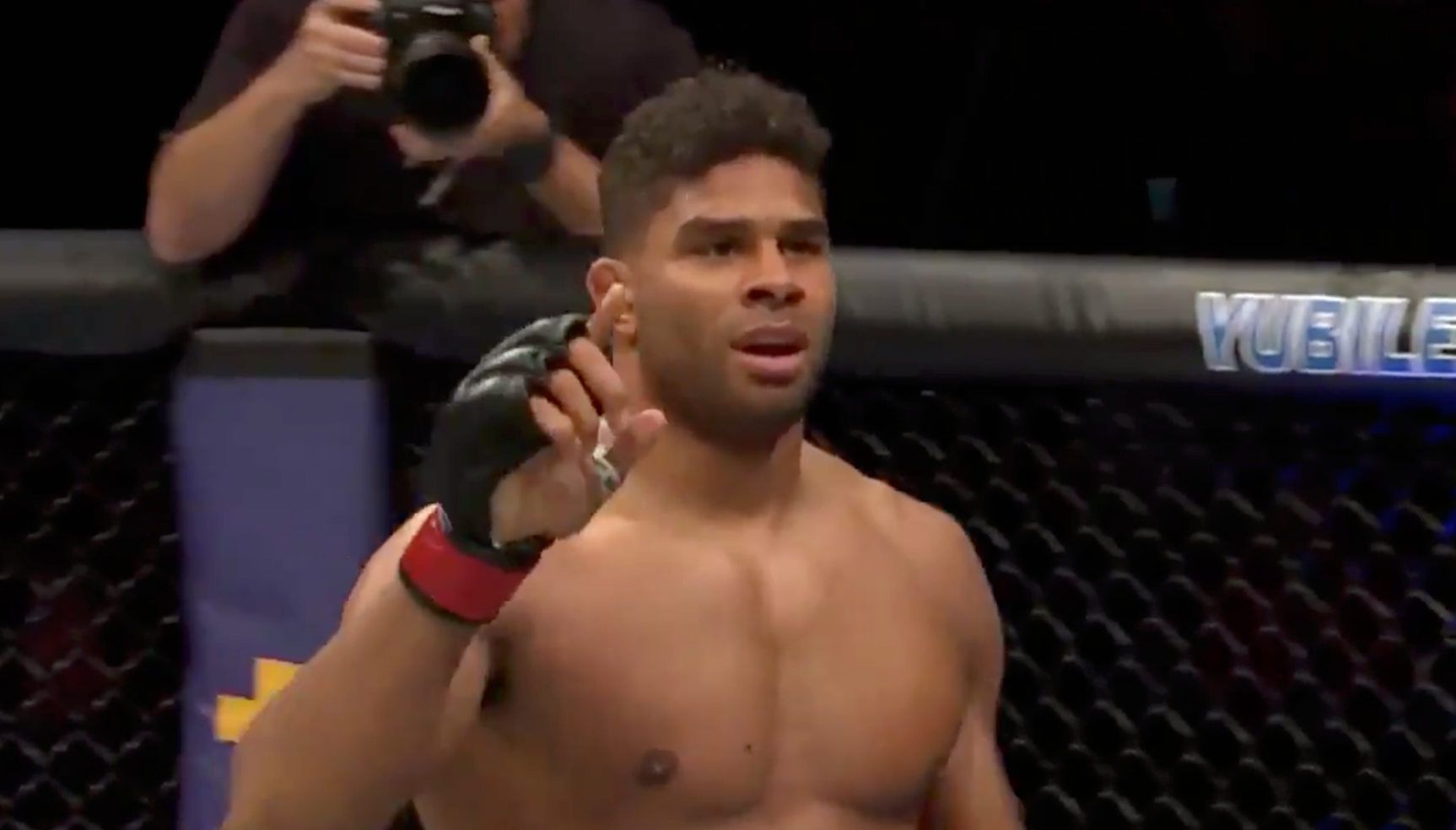 The fight announcements keep coming. While the UFC has been back up and running since May, Bellator and ONE Championship are set to return later this month. Earlier this week, we reported new fight announcements for ONE’s return, ONE: No Surrender on July 31st. Since then, several big matchups in the UFC and Bellator have been announced.

Several sources have reported that an exciting heavyweight clash between Alistair Overeem and Augusto Sakai is set to headline the UFC’s September 5th card. ‘The Reem’ is coming off a TKO win over Walt Harris at UFC Florida. While the 29 year old Brazilian is on a six fight win streak and is coming off wins over Andrei Arlovski, Marcin Tybura and Blagoy Ivanov inside the Octagon.

It has also been reported that Montana De La Rosa vs Maryna Moroz is set to go down on September 5th, in a women’s flyweight bout.

While a featherweight showdown between Hakeem Dawodu and Zubaira Tukhugov is believed to have been added to UFC 253, which is set to go down on September 19th. It is thought that this card will take place in Abu Dhabi.

Also in September, bantamweights Randy Costa and Journey Newson are set to face off on the UFC’s September 26th card, which is expected to take place at the UFC APEX in Las Vegas, Nevada.

Moving on a month to October, Marlon Moraes has told ESPN that the UFC is looking to book himself versus Cody Garbrandt then, with the winner expected to challenge the winner of the new UFC bantamweight champion Petr Yan, and Aljamain Sterling.

“The fight to do now is me versus Cody. And I think they will put Sterling to fight Yan and whoever wins between me and Cody will be the next to fight for the belt. The [UFC] is already planning [it] for October. The fight has already been offered, on my part it has already been accepted, I’m just waiting for the UFC.”

Bellator is set to return on the 24th of this month, with Bellator 242. And although the promotion hasn’t confirmed any fights yet, Combate has reported that Sergio Pettis is expected to face Ricky Bandejas in an exciting bantamweight contest in one of the featured bouts of the evening. Both men are on two fight win streaks.

MMA Junkie has reported a second fight is set to go down on the card on the 24th, a fun featherweight matchup between Aaron Pico and Solo Hatley Jr.

Combate has also reported that the rematch between Michael Chandler and Benson Henderson has been rebooked for Bellator’s August 7th show. It is the third time the rematch has been booked in the last eight months. Chandler won their first encounter at Bellator 165 in 2016 via split decision, successfully defending his lightweight title.

In the last few hours, Bellator has confirmed the full lineup for Bellator 242.


And MMA Fighting has reported that an exciting rematch between light heavyweights Phil Davis and Lyoto Machida has been added to Bellator’s September 11th card. They first met seven years ago at UFC 163, where ‘Mr Wonderful’ won via unanimous decision.