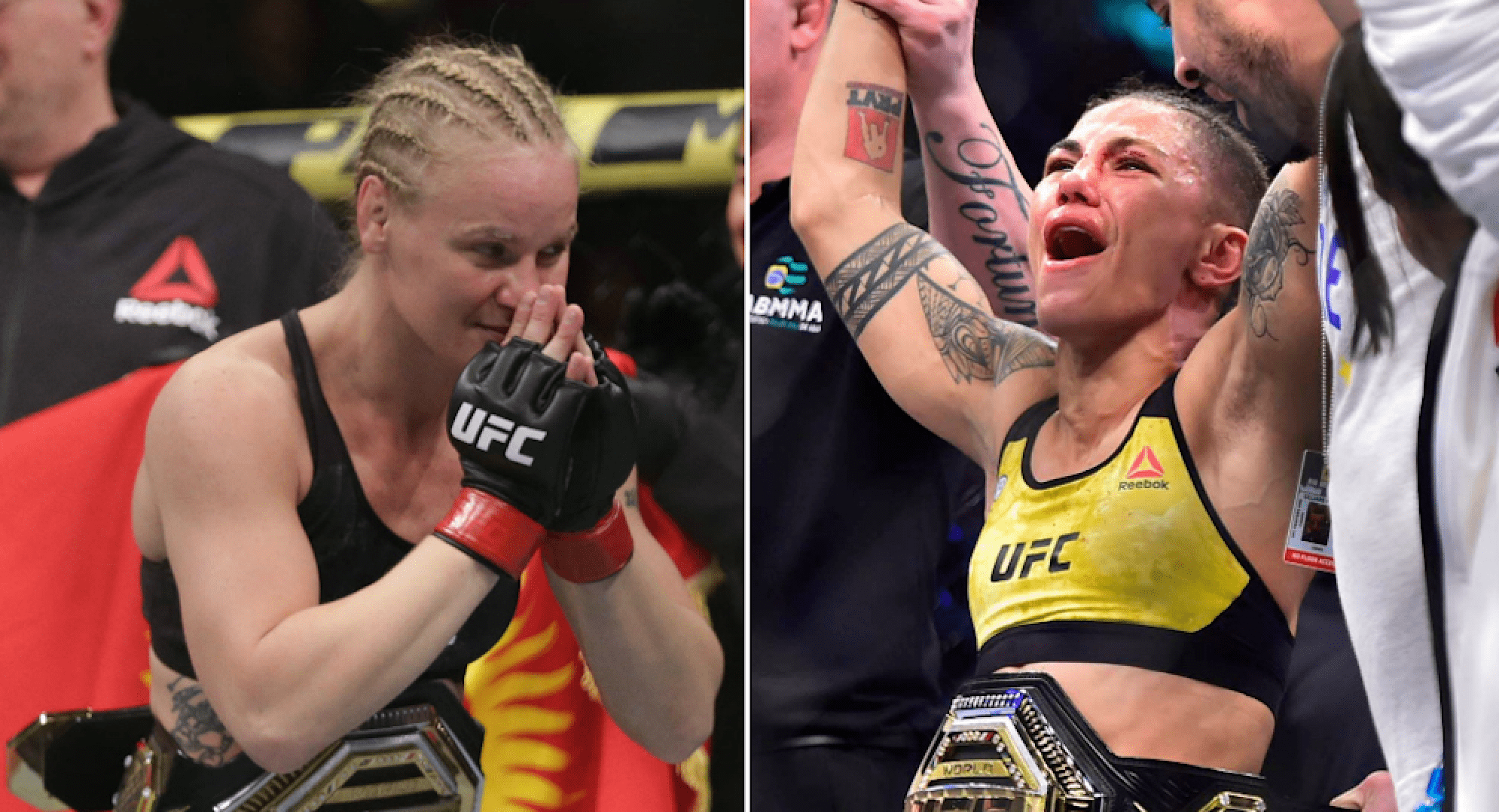 Jessica Andrade made a successful flyweight debut last October, finishing Katlyn Chookagian in the very first round. The emphatic win at UFC Fight Island 6 saw the former UFC strawweight champion clinch the number one contender’s spot, and she has now set her sights on a showdown with the reigning champion, Valentina Shevchenko.

Andrade was offered a fight with Shevchenko last month but declined it because she wasn’t willing to compete on short notice. Speaking to Ag Fight (as translated by Bloody Elbow) however, the Brazilian 29 year old’s coach Gilliard Parana, revealed that they are in talks with the UFC over a title fight with the ‘Bullet’ in the coming months.

“The fight was offered to us in December, but the notice was too short,” Parana said. “Jessica had just fought, she had some family and spiritual problems to resolve. They got in touch with us about this Valentina fight in December and then once again after that. We’ve talked about it two or three times. We’re just waiting for a date that’s good for us and the promotion.”

Parana is “100% sure” that Andrade’s next fight will be against Shevchenko, but said that she is ready to fight anyone in the division.

“We’re studying to see if there will be a chance to make this fight happen soon. Jessica’s next fight should be against Valentina, I’m almost 100% sure,” Parana insisted. “If that doesn’t happen though, we’ll fight anyone, like always. We asked the UFC to fight in March or April. So somewhere around March, April or May, we will see Jessica fight again, for sure.”

Since winning the vacant flyweight title against Joanna Jedrzejczyk at UFC 231, Shevchenko has successfully defended the belt four times, against Jessica Eye, Liz Carmouche, Chookagian, and most recently against Jennifer Maia at UFC 255.

Who do you think wins the potential title fight between Valentina Shevchenko and Jessica Andrade?