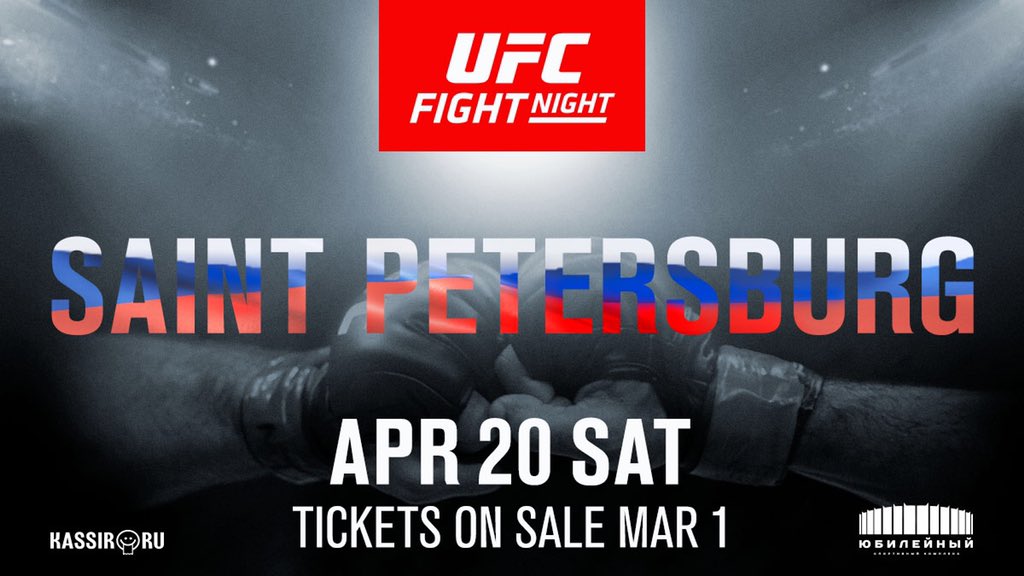 The UFC is heading back to Russia. The UFC have just announced via their Twitter page that they will be heading to Saint Petersburg on April 20th.

In a follow up post, it was announced that Alexander Volkov will face Alistair Overeem in the main event.

Russian Volkov, is coming off his first loss in the UFC, a third round KO to Derrick Lewis last October. Former UFC heavyweight title challenger Overeem, beat Sergey Pavlovich via a TKO in the first round, last October at UFC Beijing.