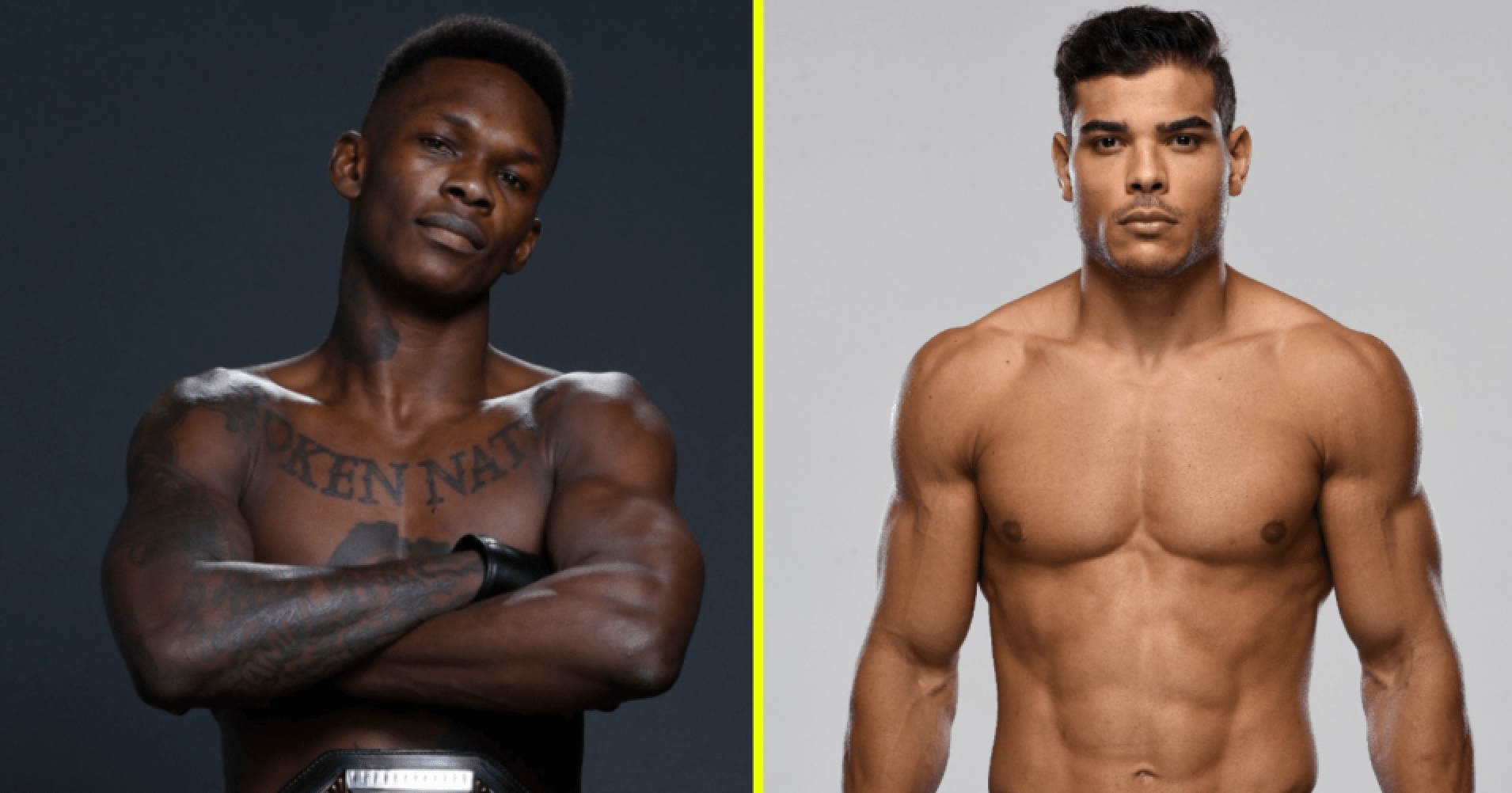 Eugene Bareman and Eric Albarracin have reacted to the rumours that their fighters Israel Adesanya and Paulo Costa, are set to be the coaches on the next season of “The Ultimate Fighter”.

After his first successful title defence against Yoel Romero at UFC 248, UFC middleweight champion Adesanya has turned his attention back to Paulo Costa, after the two were unable to face each other previously due to the Brazilian having to have surgery on his bicep. Although both fighters continue to trade blows with each other, the UFC is yet to name an official date for the fight.

In a recent episode of his podcast, UFC colour commentator Joe Rogan had claimed that the fight between the two undefeated middleweights has been delayed because they are set to be the coaches on the next season of TUF. Speaking to Submission Radio (transcribed by MMA Fighting), Adesanya’s coach Bareman reacted to the rumours, saying that he has no idea of any such plans by the UFC.

Although Bareman has heard nothing from the UFC regarding TUF, he views the idea as a business opportunity for ‘The Last Stylebender’.

“Nothing has come over my desk in regards to Paulo Costa and Israel Adesanya fighting, nothing about that, and I’ve also had nothing in regard to The Ultimate Fighter,” Bareman said. “For The Ultimate Fighter to happen, a lot more would have to be done. Really, the decision for me would be a business decision. Like, how much would that help Israel make money? If it added greatly to his backend, to his pay-per-view, that might be worth giving it a go, even though the stories that we heard from The Ultimate Fighter are that it’s a hard time. It’s quite a hard time. It’s not the most enjoyable time, but if it makes dollars, it makes sense. These guys got to scrap for every dollar they can so that’s what I base my decision on, if it comes down to it. But it’s not a discussion point at the moment because it needs to come over my desk and nothing has come over my desk in regard to that.”

However, the City Kickboxing head coach is clearly more interested in the title fight rather than Adesanya being a coach on TUF. When asked about their current situation, Bareman said that the champion’s team is ‘good to go’.

“We’re good to go, we’re just waiting on them,” Bareman said. “September is good for us. If the UFC want to put the fight on, we’ll fight it. Let’s push for September. It will give us enough time to get ready. A lot of the other noise to do with coronavirus and stuff will have calmed down. Let’s do it in September. Send the contract over. Let’s get it done.”

On the other hand, Costa’s coach Albarracin believes it’s a great idea to hype a fight of such a high level. Speaking to MMA Junkie, ‘Captain America’ gave his thoughts on the possibility of Paulo and Israel coaching the next season of TUF.

“That’s gonna be the greatest ‘Ultimate Fighter’ in history, if not the greatest middleweight title fight in history,” Albarracin said. “Because ‘The Eraser’ Paulo Costa, ‘Borrachinha’ [is] 13-0, 12 knockouts versus ‘The Last Stylebender’ 19-0, we all know he’s the 185-pound champ, we all know they’re at each other’s throats.

“He called him Ricky Martin in Australia and I always say, ‘Yeah, he looks like Ricky Martin but he hits like Mike Tyson.’ I can’t wait to see these guys [coach] a whole season. Who’s not gonna want to watch that? These guys at each other’s throats. By the end of the season, it’s gonna be a level ten type of intensity between those guys.”

Would you like to see Israel Adesanya and Paulo Costa coach the next season of The Ultimate Fighter?