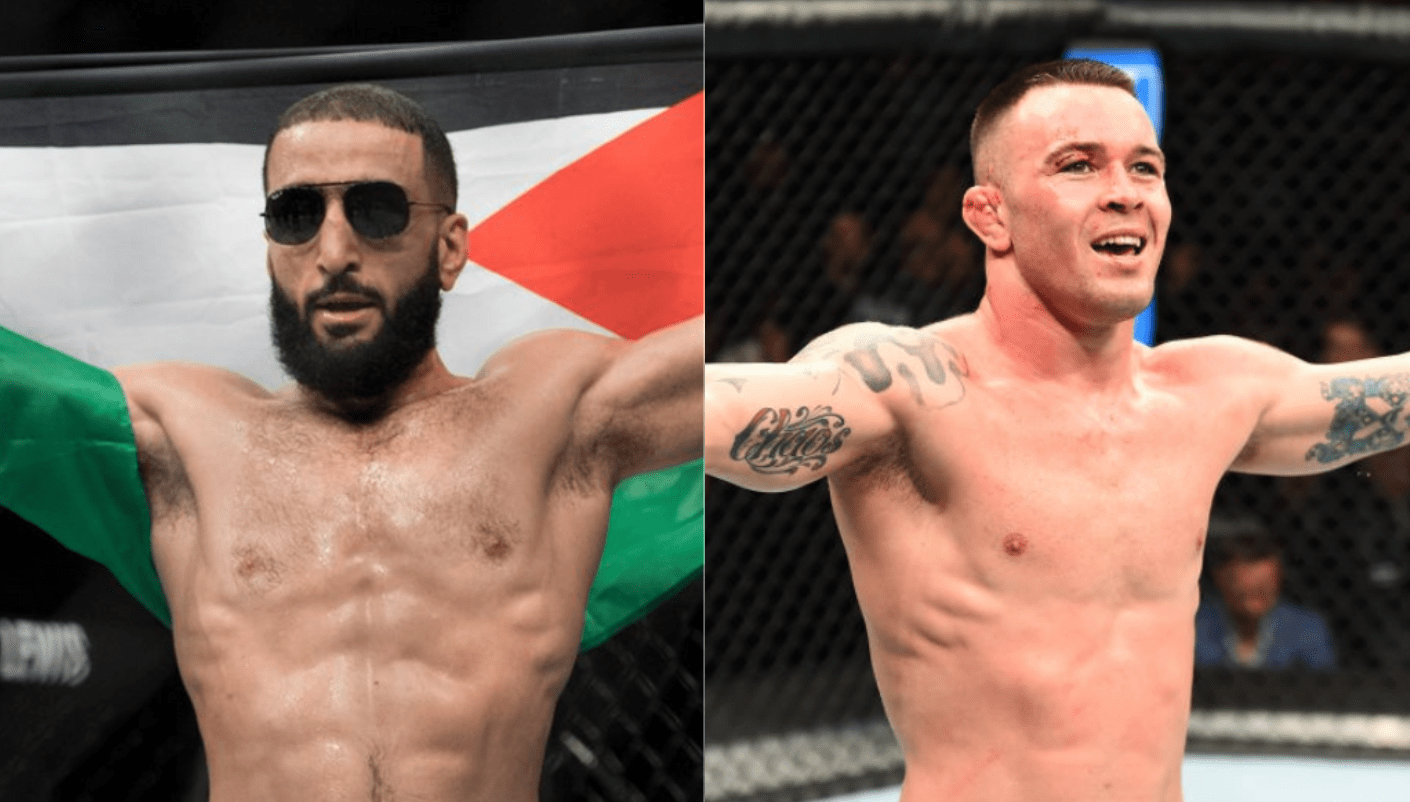 Belal Muhammad is gearing up for the biggest fight of his career this weekend against Leon Edwards. But despite being only days away from his first ever UFC main event at UFC Vegas 21, the 32 year old says he can’t wait to get his hands on Colby Covington.

Less than a week after his unanimous decision victory over Dhiego Lima at UFC 258, Muhammad agreed to jump back into the fray and fight Edwards on four weeks’ notice. ‘Rocky’ was originally scheduled to fight Khamzat Chimaev, but he pulled out of the fight for the second time as he continues to struggle with the effects of having had COVID previously. The fight was then offered to Covington, who turned it down, Instead, ‘Remember The Name’ stepped up to the plate and accepted the fight.

Earlier this week, Dana White said that the UFC will figure out a fight for Covington in the not too distant future. Speaking to the media ahead of UFC Vegas 21 (as transcribed by The Mac Life), Muhammad said that after he handles business against Edwards, he’ll be ready to go again if the former interim champion needs an opponent.

“I’m not going to be one of those guys that’s going to sit [and wait], especially if it’s Colby Covington,” Muhammad said. “After this fight, that’s who’s next and I hate that guy’s guts. If I ever see that guy in the street I’m hitting him.

“Obviously that’s a fight I would want before Usman, because stylistically that’s a fight that makes sense and that’s going to prepare you for the [Kamaru] Usman fight, who’s the champion. So for me, it’s just keeping the momentum going. If I could keep fighting, if God willing I’m healthy, I win this fight and if they wanna get me back here a month later against Colby, why not? I’m down.”

“You’re Going To Get Slapped”

Covington’s brash nature has seen him become the most hated man in the UFC in recent years, but he relishes being the villain. Muhammad, however, isn’t too fond of his welterweight counterpart’s antics and warns him of the consequences should they see each other face-to-face.

“I just hate evil people,” Muhammad stated. “You could sit there and say, ‘It’s a character, it’s that.’ But you wanna say the things that he says and the way that he talks about people, the way he disrespects people? I’m from Chicago so those types of people, we don’t let you talk like that. So if you say something like that about people I know, people I respect, you’re gonna get slapped, you’re gonna get hurt. It’s not gonna happen, so for me, this is a sport.

“It’s martial arts, so it’s about respecting people. The way he’s disrespected religion, the way he’s disrespected Khabib [Nurmagomedov] who’s like the face of the Muslim MMA community. For him to do something like that and to think, ‘It’s all part of the act.’ This ain’t no act. When we see face-to-face, you’re gonna know that your act just got you beat up.”

Do you think Belal Muhammad can beat Leon Edwards at UFC Vegas 21, and land himself another huge fight against Colby Covington?