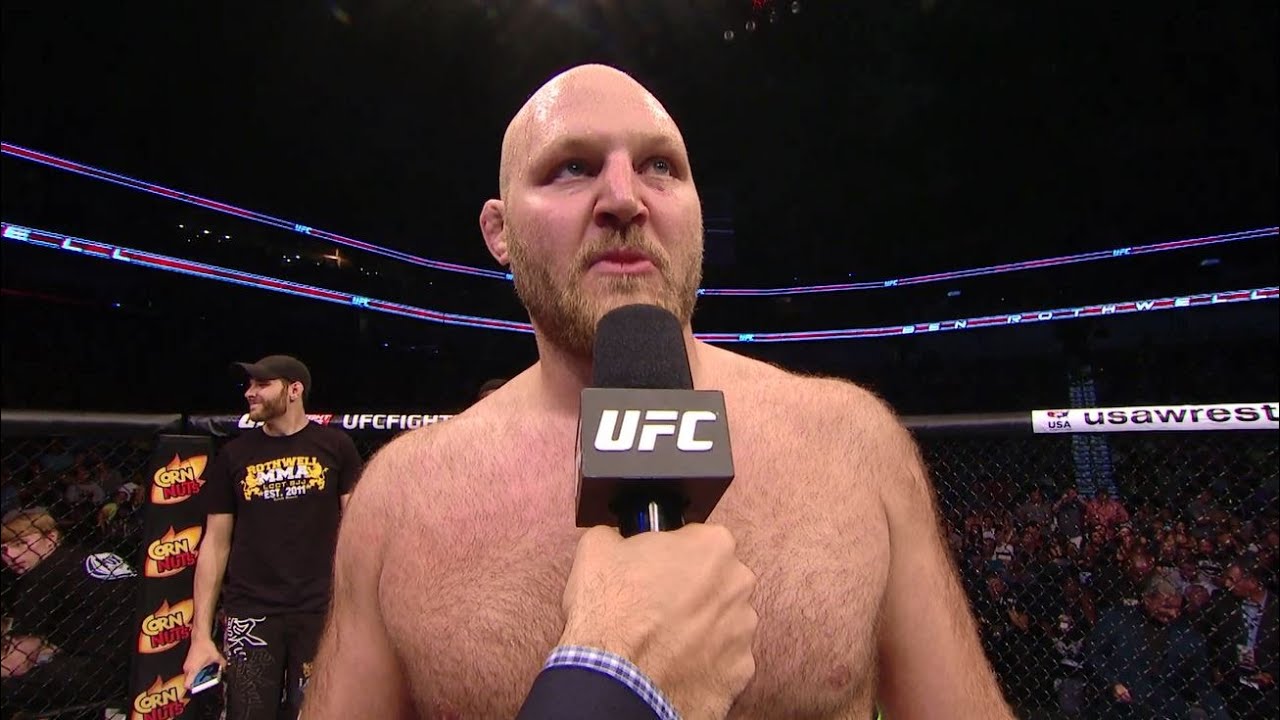 Ben Rothwell was scheduled to face Gian Villante on April 18th at UFC 249. However, the event was postponed due to the ongoing coronavirus pandemic situation.

Rothwell is now scheduled to face Ovince Saint Preux in Jacksonville, Florida, on the UFC’s May 13th card. Like Ben’s previous opponent, OSP is also making his move up to the heavyweight division.

Speaking to MMA Fighting, ‘Big Ben’ opened up on the recent trend of light heavyweights moving up a division.

“I see that guys like Daniel Cormier and even going further back, Randy Couture, I think they really opened the door for guys in that weight class, that weight area, to fight wherever, up and down.”

Rothwell admits that the light heavyweights moving up may have a technical and speed advantage over some of the bigger fighters. But he also believes that the phenomenal power of the heavyweights makes them uniquely dangerous.

“Technically, from what I can see, it’s why Curtis Blaydes is having so much success,” Rothwell said. “I feel like it’s a wrestling, it’s a jiu-jitsu thing. A lot of the heavyweights it’s the old rule of, ‘First heavyweight to get a takedown wins the fight’ – that was the old saying back in early 2000. I don’t know if much has changed. You’ve got your couple of guys that are okay, but I think for the most part it’s a speed factor. The guys at 220, 230, feel like they have an advantage, they can go up or down.

“Look at what Randy Couture did. He was really good at getting his takedowns, he’d wear guys down, he could beat the bigger guy, and I think some of that stands true. But you’ve got guys you’ve got to be careful with at heavyweight. There’s always the power factor. I think all the heavyweights down the board bring a danger factor that doesn’t exist in any other weight class.”

And Rothwell believes that it’s not only the light heavyweights who have what it takes bigger fighters.

“I think wherever Jon Jones fights, he’s Jon Jones,” Rothwell said. “He’s gonna bring a lot of hype. The guy has skills that can win anywhere. I feel like guys like Tony Ferguson, Khabib [Nurmagomedov], these guys can win, they can beat guys bigger than them. I feel like this kind of exists everywhere. I think that’s something that Fedor [Emelianenko] always showed over the years. It doesn’t matter your size. If you’re a badass, you’re gonna win a fight.

“If somebody pushes your wife down in front of you, are you gonna go, ‘Oh, what’s your weight class? Gimme a couple of weeks to get ready.’ No, you fight. That’s what a real fighter does. They’ll win wherever against whoever it is.”

The 38-year-old currently holds a professional MMA record of 37-12, which includes some noticeable wins over the likes of Alistair Overeem and Brandon Vera.

How do you think Ben Rothwell vs Ovince Saint Preux goes down on May 13th?