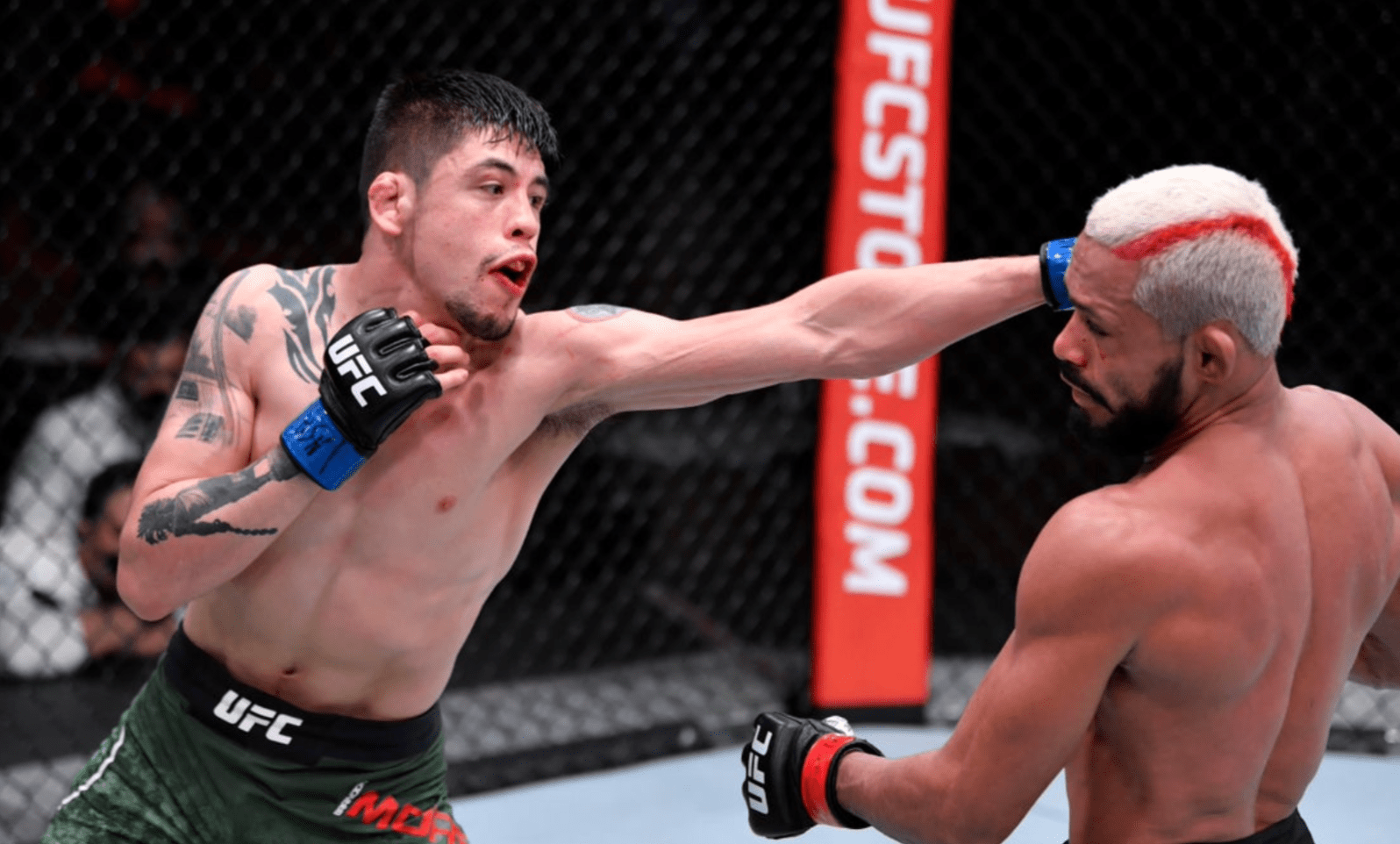 It was a fight filled with thrilling back-and-forth action, wherein both men left it all on the canvas. This ultimately led to a majority draw on the judges’ scorecards, and Figueiredo retaining his UFC flyweight title.

In the champion’s post fight-interview with Joe Rogan, he mentioned that he had to deal with stomach issues the night before the fight and thus was in hospital until 2am. During the post fight press conference, UFC president Dana White stated that Figueiredo was hospitalised once again following the intense bout with Moreno.

For Moreno however, he thinks the Brazilian was just making excuses. Speaking to MMA Fighting, ‘The Assassin Baby’ questioned Figueiredo’s post fight comments.

“Man, those are excuses. To be honest, that is very normal. It’s not fun, but it’s normal. I had two fights in the company where I felt very sick and I went to fight. I never said nothing until this moment because they’re excuses. Dana White didn’t need to go to my hotel room and put a gun to my head to say, ‘Hey, you need to go fight.’ No! It’s my responsibility. If he was sick and didn’t feel good, why would he take the fight?

“I understand; he was there. He was the main event. He has a responsibility with the company, but at the end of the day it’s our problem. I can make excuses, too with my arm. To be honest, my left arm in the fifth round was destroyed. Completely destroyed. I tried to go forward, I couldn’t [really] use it in the fifth round. It’s fine, I lost that round. If I lost that night, it’s fine for me. Maybe he’s trying to sell the rematch by saying, ‘Hey, if I was healthy, I’d knock this guy out.’ But, c’mon.”

Fight of the Year Candidate

While Moreno was not impressed with Figueiredo’s comments, he congratulated him on the win, and expressed how proud he was of his own performance against the champion.

“When I went to the hotel and checked my cell phone, I saw everybody talking about the fight, watched some highlights and was like, ‘This fight was wild,’” Moreno said. “It was hard, though. Figueiredo is the champion for a reason, but I showed to the world that he’s a human being just like me and you.”

Although the fight was a five round war, there were some moments which halted the momentum, such as when Moreno was on the receiving end of an eye poke or two in the second round, forcing referee Jason Herzog to temporarily stop the action.

“First of all, I have a lot of respect for Jason – he’s amazing,” Moreno explained. “He’s one of the most amazing referees right now. I don’t know, I understand when you poke one time in the eye. I understand one, maybe even two. But three? Three in a row? I’m not [exactly] sure, I need to watch all the fight again, but I think [my black eye] was from a poke. I felt his finger in my eye three times, at least.”

However, the eye-pokes were only the tip of iceberg in terms of fight-altering moments for the challenger. In the third round, Figueiredo landed an accidental low blow that left Moreno wreathing in pain.

“No problem, I have three kids,” Moreno joked about the accidental low blow “My wife was like, ‘Ahh, I don’t care, it’s fine.’ But it was very painful. That was the first time I really took my time. Normally when that happens I’m like, ‘Oh, I’m fine, I’m fine, I want to fight.’ But Jason Herzog came to me and said, ‘Relax, take your time,’ and I was like, ‘Oh, f***, I need to take my time,’ but I tried to go back to the fight really fast because I knew that Figueiredo was getting tired, but I couldn’t do it.

“But after that, I was very angry and finished the third round strong, and I thought I [won] it.”

After 25 minutes of non-stop action, and with Figueiredo having a point deducted for the low blow, we were left with the anticipation of who would leave the Octagon with the belt. Moreno however, was just excited that he had proven that he belongs at the top of the sport.

“I was so excited in that moment because I showed the people that I’m real,” Moreno said. “A lot of different media didn’t give me any opportunity to win that fight, and I understand. Figueiredo looked amazing in his last fight with Alex Perez. But I’m just a Mexican kid trying to do something here. Figueiredo is human, and I tried to show the world that I can do something in this sport.”

Following the fight, Dana confirmed that the two flyweight standouts will have an immediate rematch. And if it was up to Moreno, they will run it back in April.

“In a perfect world, I prefer April because I need to recover myself very well,” Moreno explained. “It’ll give me time to get to Tijuana to start training slowly, step by step. Then, of course, training camp, game plan and stuff. I can be ready in March, April is better for me. May or June is too [far away].”

Who do you think will win the rematch between Deiveson Figueiredo and Brandon Moreno?