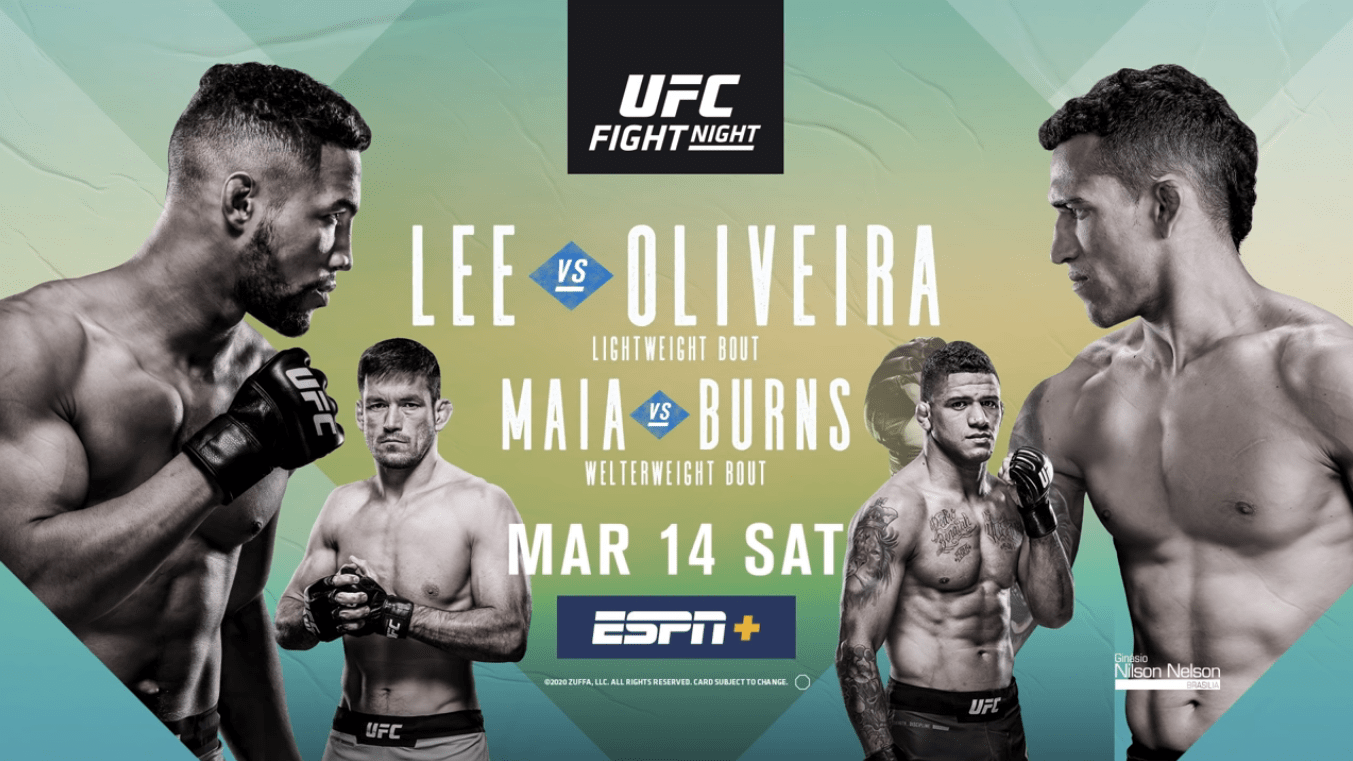 UFC Brasilia goes down on Saturday night at the Ginásio Nilson Nelson in Brasilia, Brazil. The big news going into the fight night was that the card would go ahead behind closed doors, due to the coronavirus. An exciting top fifteen lightweight contest between Kevin Lee and home favourite Charles Oliveira, is set to headline the first Brazilian UFC card this year.

In the UFC Brasilia co-main event, two of the best BJJ practitioners in the game face off in an all Brazilian affair between Demian Maia and Gilbert Burns. Elsewhere on the main card, Renato Moicano takes on Damir Hadzovic, Francisco Trinaldo goes up against John Makdessi and the larger than life Johnny Walker faces Nikita Krylov in an exciting light heavyweight clash.

At the weigh-ins on Friday, which also took place behind closed doors, Kevin Lee missed weight by 2.5lbs. As a result, Oliveira will receive twenty percent of ‘The Motown Phenom’s’ fight purse.


Check out how the MMA world reacted to UFC Brasilia here:


The UFC is set to head to London next weekend. At the time of writing this, the card is scheduled to go ahead as normal but this could obviously change at any moment as a result of the coronavirus. If the card does go ahead, former welterweight champion Tyron Woodley will take on home favourite, Leon Edwards.