UFC – Brian Ortega On ‘The Korean Zombie’: We Don’t Like Each Other 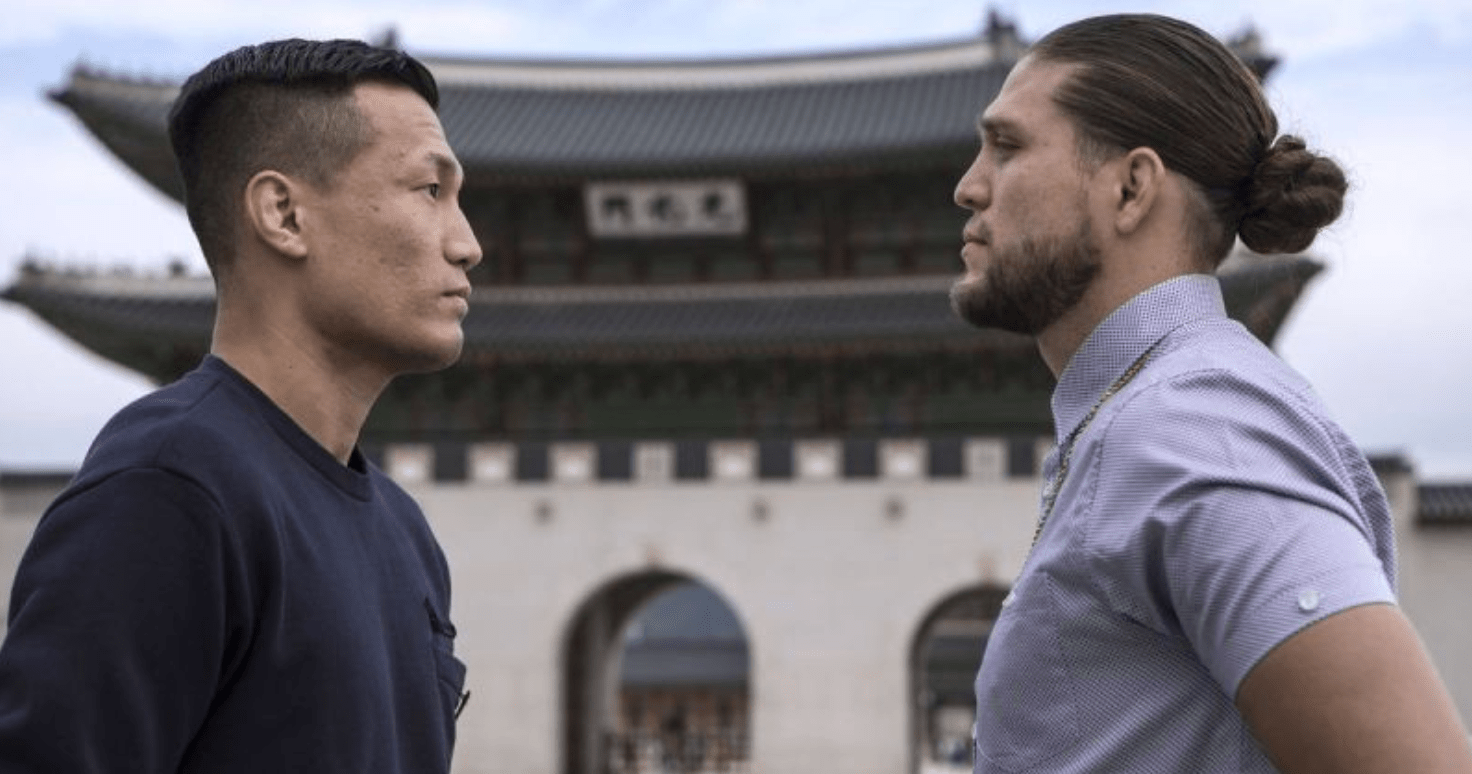 The number two ranked UFC featherweight Brian Ortega says his fight with ‘The Korean Zombie’ (Chan Sung Jung) is not personal but reiterates his dislike towards him. The pair will headline the UFC’s October 17th card, which is likely to take place on Fight Island on Yas Island, Abu Dhabi.

They were previously scheduled to fight last December at UFC Busan but Ortega suffered a knee injury and was forced to pull out from the bout. ‘The Korean Zombie’ went on to beat Frankie Edgar in Korea but has had his own problems since and had eye surgery in February.

Things have started to heat up this year, after Ortega was involved in an altercation with ‘The Zombie’s’ friend, the Korean rapper Jay Park, at UFC 248 in Las Vegas this past March.

Speaking to MMAJunkie, Ortega insisted that his fight with ‘The Korean Zombie’ isn’t personal, even though he admits he can’t wait to punch him in the face.

“[It’s] not personal at all,” Ortega said. “I handled my moment, I did what I did, and that was it. I don’t think about it too much. I don’t think about it on the daily. It doesn’t bother me. I don’t look at that as bad blood or anything. Like Logan Paul said, even after I did my incident, I walked past him and I was very calm. But man: Talk s***, get hit. That’s where I come from. The Diaz brothers are not the only ones from a city where if you’re acting a certain way, you get slapped. As much as you grow up and try to learn things and do better, sometimes it comes out – and it came out.

“It’s not too personal. It’s basically semi-personal. Usually, you sign a contract and you fight someone and you understand that that’s your opponent and you have respect for them. But me and him lost respect for each other, and now I guess if you want to call it personal, it’s personal. But it’s more of someone I don’t like that I want to hit in the face that I get to without going to jail.”

Both men have previously fought for the 145-pound title and both remain firmly in the title contention, which is currently held by Alex Volkanovski.

Ortega hasn’t fought since December 2018, when he lost to the then champion Max Holloway at UFC 231, but expects nothing short of fireworks in his return to the Octagon.

“A slugfest basically” Ortega predicted. “Me and him kind of already have our thing where we want to hit each other in the face. So honestly, I just see a slugfest and some technical work. But yeah – we kind of don’t like each other.”

The featherweight division has another huge matchup coming up at UFC 254, between the number three ranked Zabit Magomedsharipov and the number five ranked Yair Rodriguez. But Ortega insists the winner of his bout against ‘The Korean Zombie’ will challenge Volkanovski next for the title.

“From what I’ve heard, and I’ve posted on my social media and Dana White’s said it himself – he said the winner of this fight gets the shot to fight for the belt,” Ortega said. “I don’t make the rules. I don’t do nothing – it came straight from the horse’s mouth. I’ve never heard him talk about anybody else having a title shot after their fight. I heard it from this fight.”

Who do you think will have their hand raised and earn the next title shot, Brian Ortega or ‘The Korean Zombie’?