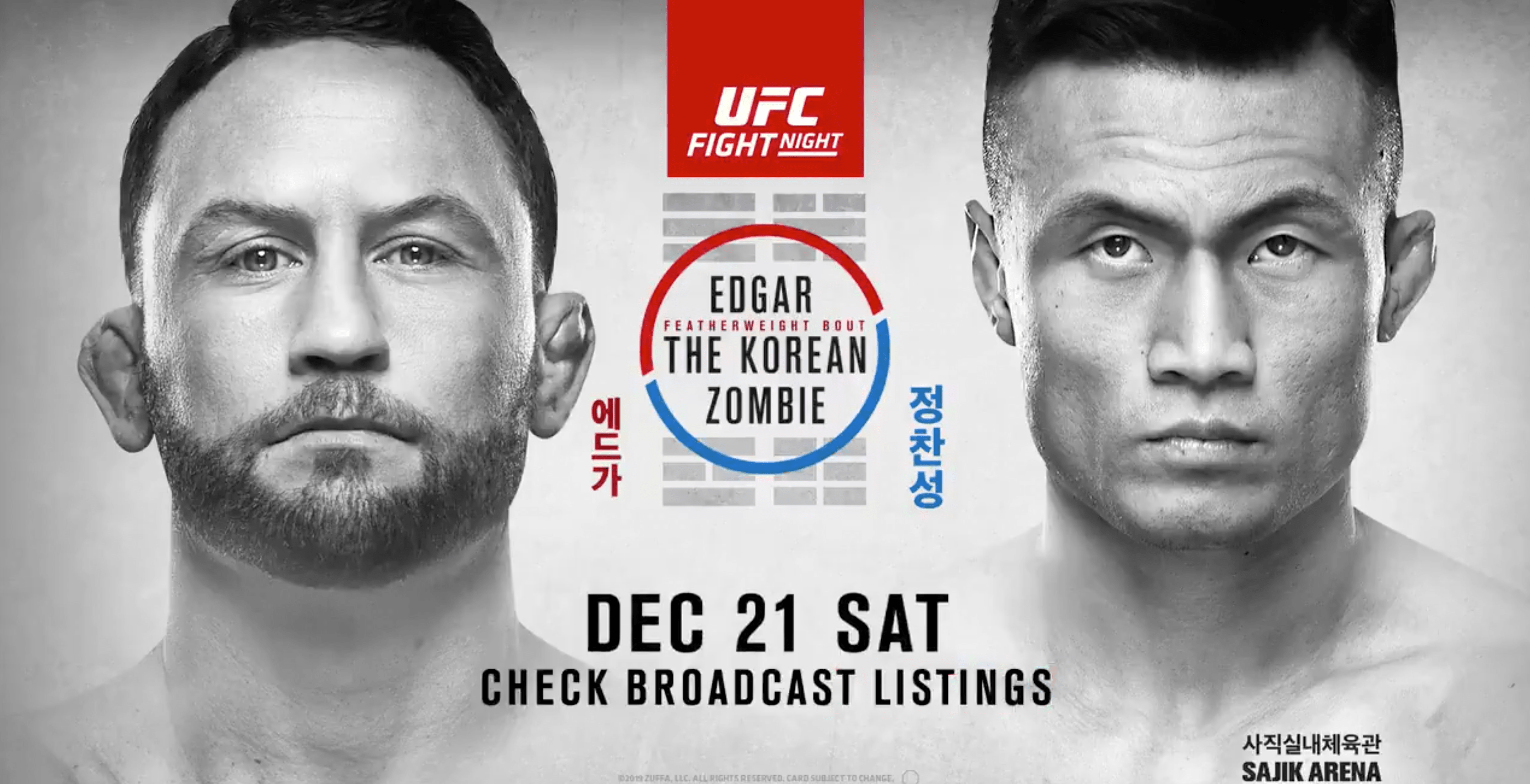 UFC Busan goes down on Saturday night at the Sajik Arena, in Busan, South Korea. After Brian Ortega was forced to pull out of main event after tearing his ACL two weeks out from fight night, Frankie Edgar agreed to step in on late notice to face ‘The Korean Zombie’ (Chan Sung Jung).

Edgar and ‘The Korean Zombie’ were scheduled to meet a year ago at UFC Denver, but ‘The Answer’ suffered an injury two weeks out and was replaced by Yair Rodriguez.

In the UFC Busan co-main event, two of the most exciting light heavyweights in the division will collide, as the number eight ranked Volkan Oezdemir takes on the number ten, Aleksandar Rakic.

As well as ‘The Korean Zombie’, there were six other Koreans competing on the UFC Busan card, including ‘The Korean Superboy’ (Choi Hoo-do) fighting in his home town, against Charles Jourdain in an exciting featherweight clash.

You can check out all our UFC Busan pre-fight coverage here.

‘The Korean Zombie’ def. Frankie Edgar via first round TKO (3.18)

Charles Jourdain def. ‘The Korean Superboy’ via second round TKO (4.32)