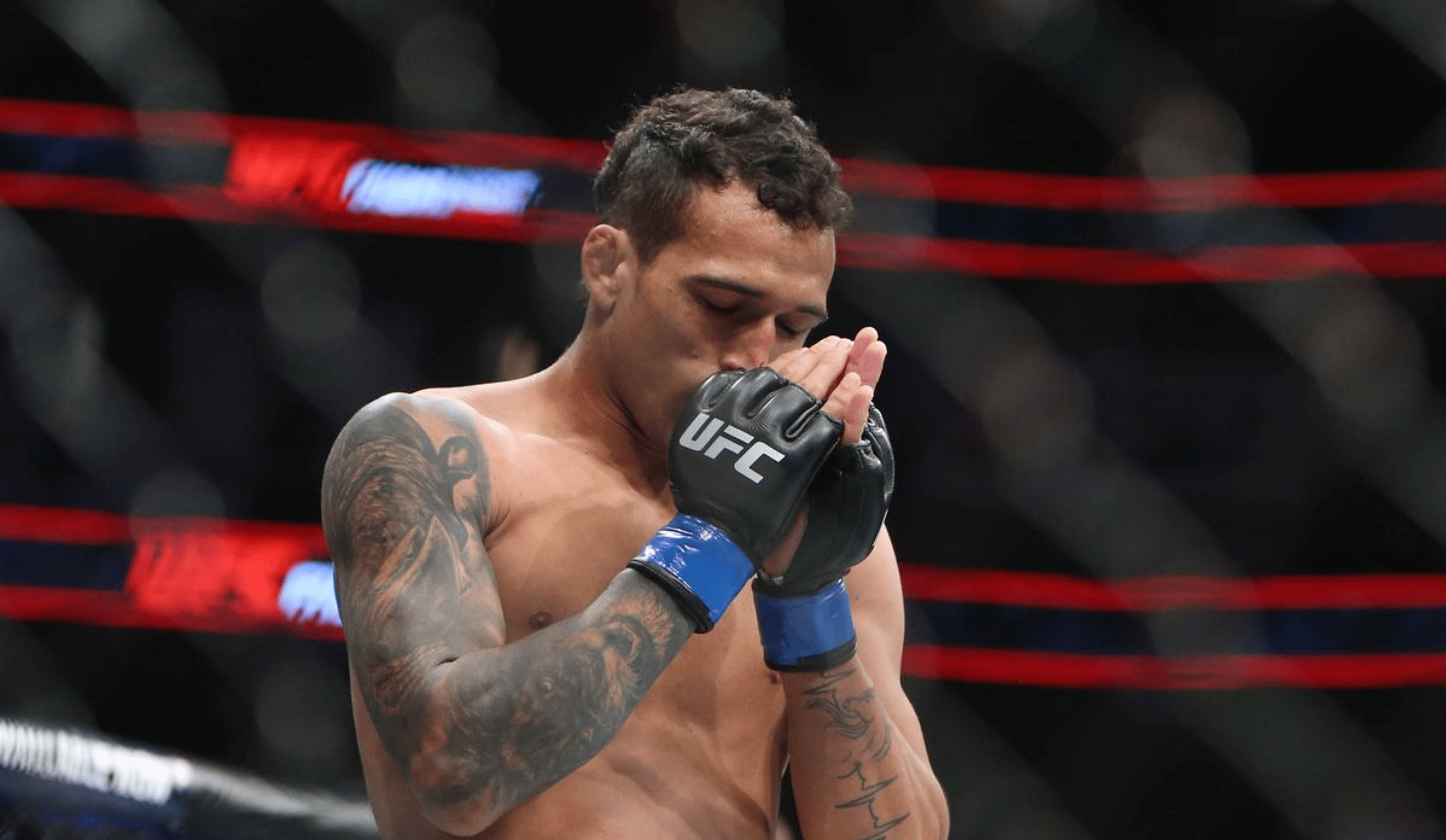 Charles Oliveira feels like the forgotten man, as the UFC lightweight title race is thrown wide open in the wake of Khabib Nurmagomedov’s retirement announcement after his UFC 254 win over Justin Gaethje.

Still Outside The Top 5

Despite riding a seven-fight win streak, all by way of finish, Oliveira sits sixth in the lightweight rankings. His winning run is currently the longest in the division, and ‘do Bronx’ believes it should mean that he gets the nod ahead of his more fancied rivals, when the UFC books a fight for the newly vacated title.

In an interview with MMA Fighting, Oliveira discussed his standing in the lightweight title picture.

“For everyone that loves fights or makes a living out of this, MMA reporters, that’s easy math,” Oliveira said. “I have the longest winning streak today, I don’t leave it in the hands of the judges, I finish them all. Everyone ranked ahead of me is coming off a loss [in the division]. The only exception is Dustin Poirier. I think it’s only fair that I’m the next challenger, that I have a chance to fight for the belt.

“I know I’m number six today and I know there are a lot of fighters ahead of me. Like I said, Dustin Poirier is coming off a win. Conor McGregor said he retired and now he’s booking a fight with Dustin Poirier. We don’t know who should be the other guy, but I think I deserve this. It’s seven in a row, not one, and I don’t go the distance. I just need an opportunity.

“But it’s not up to me or my team, it’s up to the UFC to look and analyze — but if they do it right, they’ll see it’s ten years in the UFC, a ten-year road, and I’ve never turned down any opponent. This is my moment.”

Oliveira recognised that the yet to be signed bout between Conor McGregor and Dustin Poirier, slated for early 2021, will likely be for the vacant lightweight belt. However, he doesn’t believe that both fighters would be there on their championship merits.

“It’s not only fighting now, it’s business, it’s money,” Oliveira said of a potential Poirier-McGregor title fight. “It does bother me, I wanted the opportunity, but it’s not only up to me. I have to wait for my moment. I’ll make it happen. I’m number six and no one ranked ahead of me wants to fight me. It will happen one day and I’ll prove my worth.”

“I’m Not Asking For Too Much”

If Oliveira misses out on the lightweight title fight, he would at least accept a top five ranked opponent next.

“Justin Gaethje, Dan Hooker, Tony Ferguson, I want to fight someone ranked ahead of me,” Oliveira said. “Charles Oliveira is ranked number six now. Between number one and five, [bring] any of them. Dan Hooker said he’d fight in late-November and we’re almost in November now. I’ll fight him, no problem at all. I don’t want to fight someone ranked below me. I’ve been saying this since the beginning of the year. I’m not asking for too much.”

Who would you like to see Charles Oliveira fight next inside the UFC Octagon?