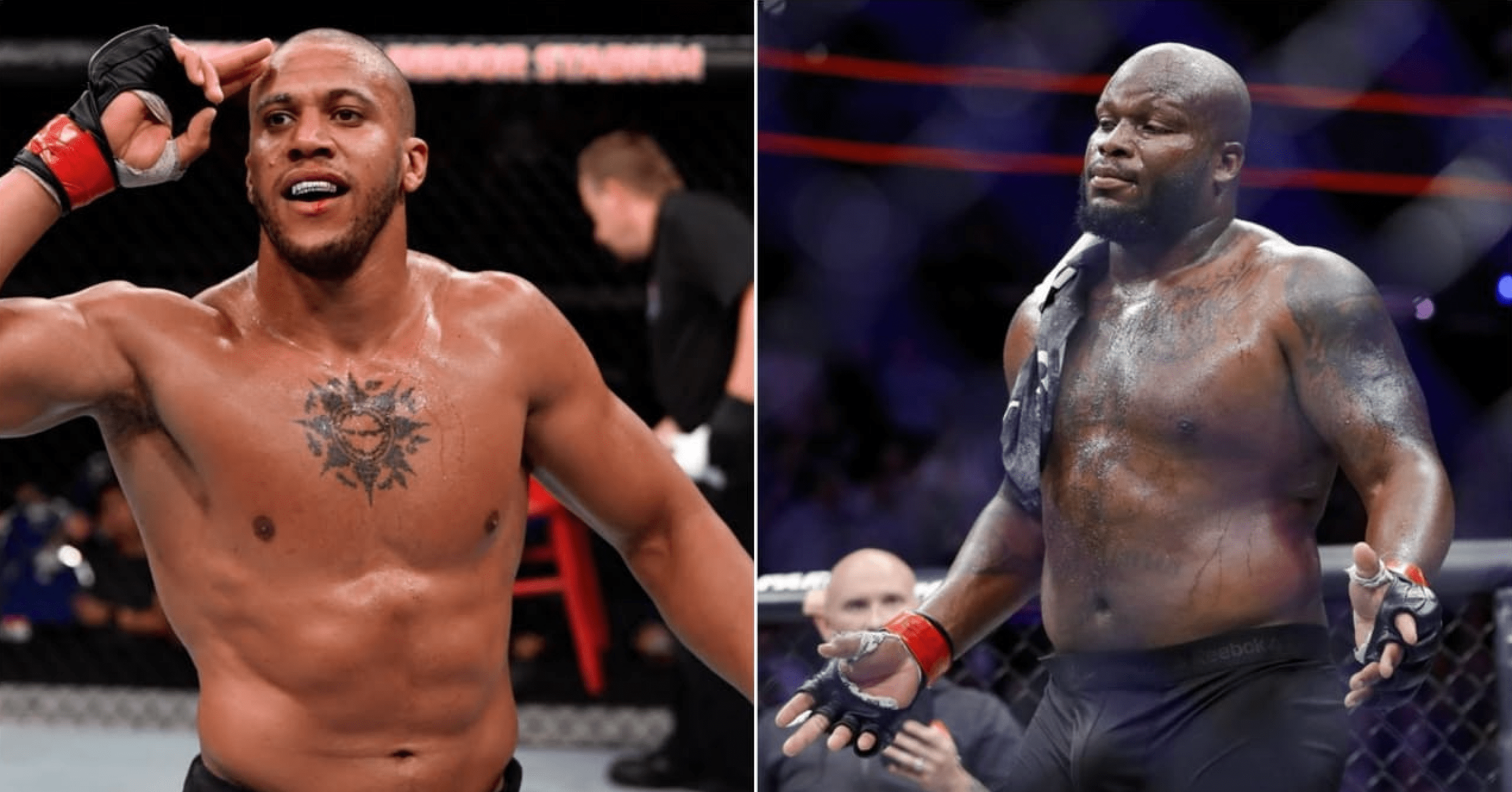 Instead of sitting around and waiting for a title shot, both Ciryl Gane and Derrick Lewis want to throw hands inside the UFC Octagon.

Lewis is coming off a highlight-reel knockout victory against Curtis Blaydes last month at UFC Vegas 19. While Gane beat Jairzinho Rozenstruik via unanimous decision a week later at UFC Vegas 20.

Both Lewis and Gane have called for a title shot, but with champion Stipe Miocic scheduled to defend his title against Francis Ngannou at UFC 260, and Jon Jones expected to jump the line to challenge the winner, the top five heavyweights could be waiting for a while before a title fight materialises.

Aged 36, Lewis doesn’t feel like he can afford to sit around and wait for a title shot, however. Speaking on The Joe Rogan Experience podcast (as transcribed by MMA Junkie), ‘The Black Beast’ said that he wants to get back into the Octagon as soon as possible, against anyone who’s willing.

Lewis previously beat Ngannou via unanimous decision at UFC 226, although both men were heavily criticised for the ‘boring’ display. The number two ranked heavyweight said that he was hindered by injuries in the fight, and would love to run it back.

“I don’t even count that as beating Francis Ngannou,” Lewis said. “My back was hurting, I felt overweight the whole fight, I had knee issues, I had a bunch of problems with myself. I don’t know what was going on with him… I for sure would love to run it back though.”

Although Gane extended his unbeaten record to 8-0 with his win over Rozenstruik, he was criticised by some fans for his lack of aggression in the main event. Lewis however, said that he started getting tagged online during the fight by fans telling him that as bad as they found it, they didn’t find it as bad as his fight with Ngannou.

“It all depends. I don’t know how the UFC wants to build up that Ciryl Gane guy or if they want to get him in there in the mix right away,” Lewis said. “I started getting tagged in the fight, because they said [Gane vs Rozenstruik] still wasn’t worse than me and Francis. I’m like, ‘Damn. OK. Shit’.”

With a lack of options at their disposal, the logical thing for Lewis and Gane to do is to fight each other in a potential title eliminator, and ‘Bon Gamin’ is down to it.

How do you think a clash between top five UFC heavyweights Derrick Lewis and Ciryl Gane would play out?