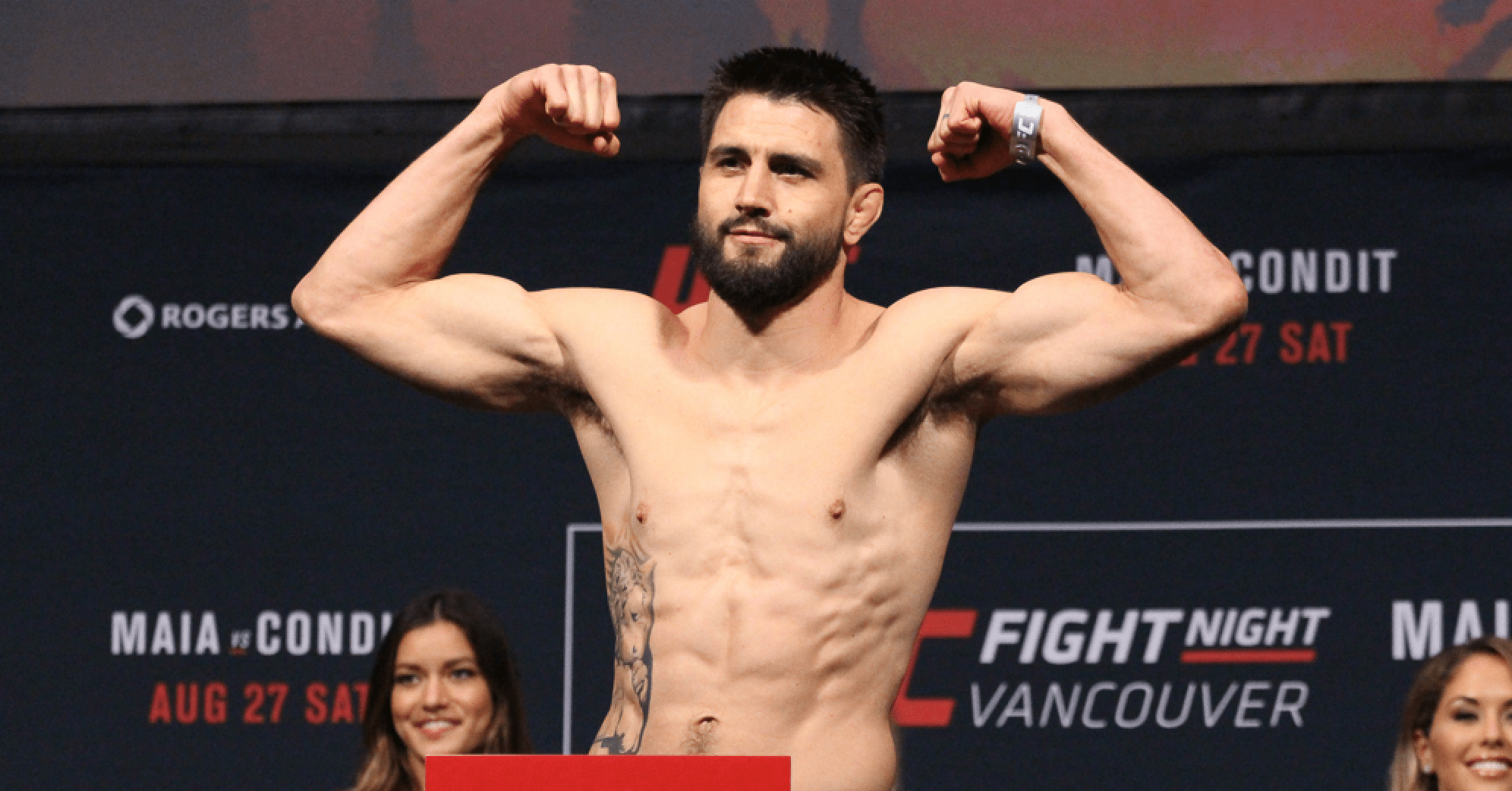 Former UFC interim welterweight champion Carlos Condit is looking forward to his return to the Octagon this year.

Condit was last seen in action in December 2018 at UFC 232, where he suffered a submission loss to Michael Chiesa. This was his fifth consecutive loss in the UFC. He was scheduled to face Mickey Gall in December last year but suffered a detached retina and had to withdraw from the bout.

“Carlos is doing well,” Gibson said. “He’s recovering from his injury, he’s continuing his training, and I know he’s definitely looking forward to fighting in 2020.

“He’s ready to sign a bout agreement I’m sure, with a full training camp. I think he’s definitely been in talks to maybe fight later this summer. We’ll see what the plan is. There’s been no offers yet that I know of.”

Meanwhile, welterweight veteran Matt Brown has recently shown interest in facing Condit on his return. ‘The Immortal’ is coming off a loss himself, against Miguel Baeza at UFC Florida. The two have been scheduled to face each other twice previously, in 2013 and 2018, but both the bouts were cancelled due to Brown’s injuries.

On a possible matchup, coach Gibson believes that it would certainly be a fan favourite and Brown is a perfect opponent for Condit.

“I think the Matt Brown fight is always an intriguing matchup for Condit,” Gibson said. “They happened to be booked multiple times. I know Matt just fought this past week, but yeah, I think that would be a fan-favourite fight, and I think that would be a very good style matchup for Carlos, as well. So I’d definitely be open to that one. But yeah, we’ll see what kind of matchup offers we get from the UFC.”

Would you like to see Carlos Condit vs Matt Brown?