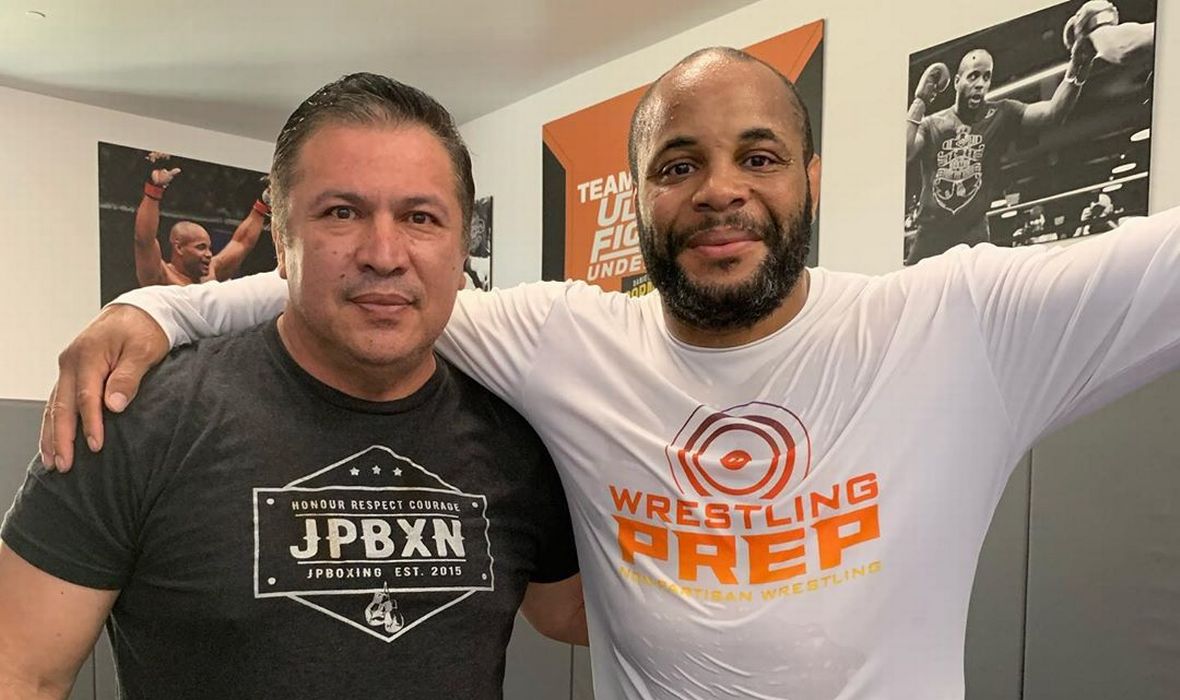 After Daniel Cormier lost the final fight of his iconic heavyweight trilogy with Stipe Miocic at UFC 252, talk immediately turned to what was next for the former double-champ.

With his failure to win back his belt, the former UFC heavyweight and light-heavyweight champion stated in his post-fight interview that he was only interested in a fight which involved a championship belt. Seeing as Cormier just lost back-to-back fights to the champ Miocic, another shot at the title is unlikely to be on the horizon.

Speaking to MMA Junkie, Cormier’s long-time coach and mentor, Javier Mendez, said that he believes the UFC legend should close the book on his illustrious fighting career.

“He’s got so many obligations with interviews, television, and it’s best that he doesn’t fight. It sucks that the fight went that way, and he had to leave like that, but you know, he’s one of the best in the world. What he’s done is very big. He doesn’t need to do any more. He’s not number one or two pound-for-pound, but he’s four or seven or around that number. What he did is great. I don’t want him to fight, and he doesn’t want to fight because he only wants to fight for titles. And for what? He’s going to make more money with television and other things, and if he’s not fighting for a title, why fight?

“All the fights that he’s had, his last eleven fights have been for the title. So this time not fighting for a title? I don’t think so. And he wants to help me, help his kid and the wrestlers he has. He’s very proud, and it fills him with joy to be training them so they can be good men.”

Mendez, the head coach of American Kickboxing Academy in San Jose, points out that Cormier has a very busy retirement ahead of him.

On top of being a phenomenal athlete with an outstanding career, which spans from the Olympics through to Strikeforce and then the UFC, Mendez heaped praise on the character and personality of Cormier the man.

“He’s one of the greatest ever, and I’m so proud of him,” Mendez continued. “I love him with all my heart. He’s a great person. He’s helped many people, and he doesn’t say anything about it. He helps many people with money and other things here and there.

Where do you rank Daniel Cormier among the MMA greats?