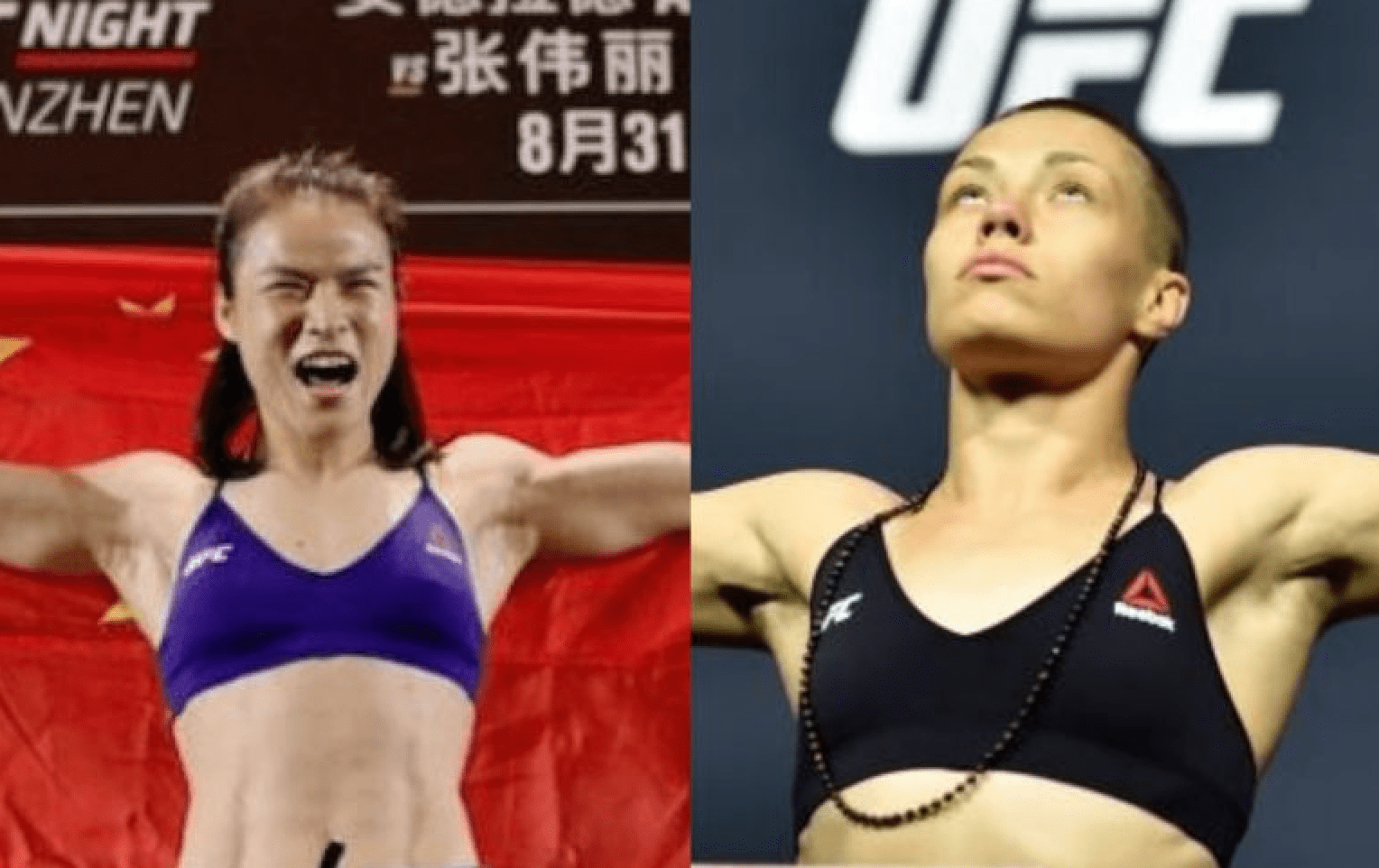 UFC strawweight champion Zhang Weili will likely return to the Octagon against former champion Rose Namajunas in the first quarter of 2021.

Zhang’s last fight was a five-round war against Joanna Jedrzejczyk at UFC 248 in March, which she won via a razor-thin split decision. The 31-year-old has since been looking for a dance partner, and prefers either Namajunas or the flyweight champion, Valentino Shevchenko.

UFC president Dana White has previously stated that Namajunas has earned the next title shot. Although the promotion is yet to officially confirm the fight, Zhang’s jiu-jitsu coach Pedro Jordao believes it will go down in the first quarter of 2021.

In an interview with MMA Fighting, Jordao said that a title fight with the Namajunas makes the most sense for Zhang.

“We’ll see how things go with this virus,” Jordao said. “But I think [the fight] will probably be in the first quarter. … We’re training for a while here. It appears that her next fight will be against Rose, but nothing is set yet. Everything indicates that’s the plan — and it makes sense, everybody knows that.”

Namajunas is coming off a split decision win over Jessica Andrade in their rematch at UFC 251. Despite avenging her loss to the Brazilian, ‘Thug Rose’ suffered a broken nose, which required surgery.

Jordao also talked about the challenge Namajunas brings, saying that she is more technical than any of Zhang’s previous opponent.

“She’s another tough opponent,” Jordao said. “I think Rose is more technical [than Zhang’s previous opponents], more calm, and very talented. It’s time to test that. I know she’s probably training really hard, but I think it’s a good match-up for Weili Zhang style-wise. People say she’s is very strong, very strong, but we’ve seen how technical she is, too. I trust Weili and think she will be able to defeat Rose.”

Having coached ‘Magnum’ for the past six years, Jordao insists that Zhang is a very well-rounded fighter, and her ground game is underestimated.

“She has taken every opponent down in the UFC except for ‘Bate Estaca’ (Andrade),” Jordao said. “She’s always training jiu-jitsu, she’s very well-rounded. I train with her for six years and I watch her evolution closely, I know how powerful her strikes are, her technique on the ground, how strong is her guillotine and rear-naked choke, her armbar. She’s very confident on the ground. She’s not afraid to go to the ground.”

China’s first ever UFC champion is on a 21-fight win streak, having not lost since her MMA debut against Meng Bo in 2013, and is 5-0 inside the Octagon. Zhang has spectacular first-round finishes of Jessica Aguilar and Jessica Andrade.

Who do you fancy in a fight between Zhang Weili and Rose Namajunas?