UFC: Colby Covington And Jorge Masvidal Hit Out At Each Other 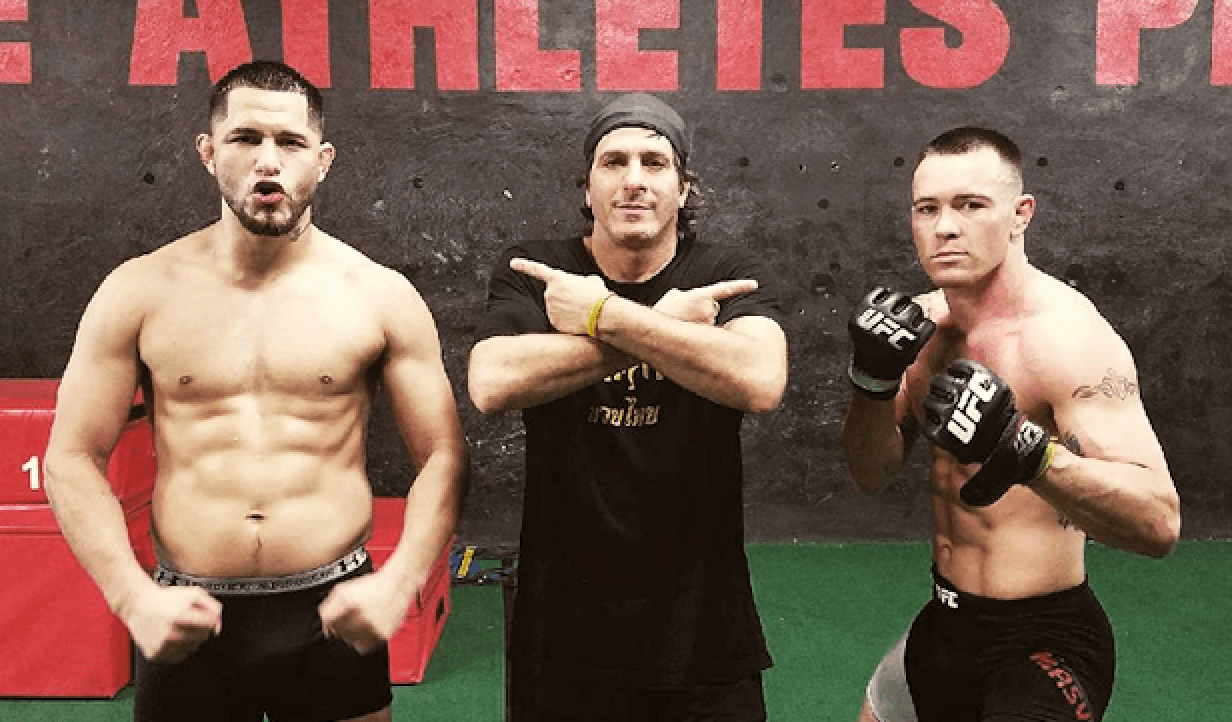 If Colby Covington beats Kamaru Usman this weekend at UFC 245, he will end 2019 as the UFC welterweight champion. While his fellow welterweight Jorge Masvidal will end the year holding the BMF title.

But whereas a year ago, the two would have no doubt celebrated their success together, that certainly won’t be the case this year. For as close as the two used to be, nothing could be further from the truth now. The once best friends have been trading blows for the last few months.

In the lead up to UFC 245, where Covington will challenge Usman for the 170lbs title in the main event, the two have continued to hit out at each other. Speaking to MMA Fighting, ‘Chaos’ described Masvidal as an ‘easy fight’.

“That’s a fight that intrigues me big time. He tries to call himself ‘Street Jesus,’ but he’s really ‘Street Judas.’ It’s an easy fight. He knows what happens when I get my hands on him. I break him.

Covington continued to spell out how one sided a fight would be with the ‘complete bum’, Masvidal.

“I’d be a massive favourite over journeyman Jorge. It would be in the ballpark of a 4-to-1 favourite. If you look at his record, ‘Street Judas,’ he’s 6-5 in his last eleven fights. He’s 3-2 in his last five fights. He’s just barely gotten over the mediocre fighting championship. He’s barely over 50-50. The guy is a complete bum. He wasn’t even the best welterweight on the card at UFC 244,” Covington proclaimed.

“If you remember, he just fought Stephen ‘Wondergirl’ Thompson a year or two ago in that same arena and got his ass beat up. He got dropped, got beat up for three rounds straight, and that guy was on his undercard. Yeah he gets a little bit of hype because he knocks out the doughboy (Darren Till), and then he gets one of the easiest fights in the history of the UFC in Ben ‘Ass Cream’ (Askren), and he does some Hail Mary (flying knee) and he lands it.

“People want to put this hype on him like he’s some kind of god,” Covington said. “He sucks. He’s not well-rounded. He’s not a good fighter. He’s predictable.”

During the back and forth between the two American Top Team fighters, Masvidal accused Covington of not paying one of the coaches at the gym. And this didn’t sit well with Colby.

“To attack my character and the kind of person I am, just make up fake, blatant lies and there’s no credibility to them. Like that hurts more than anything because people actually believe him and they follow him and what he says is true.

“To make up a joke of a lie about your coach, who just picked your side – and I’m okay with that – but then to say I didn’t pay your coach? I have the receipts. I have all the receipts. I can prove you wrong. You want to come out and make this a big deal?”

And Covington hadn’t finished there. The 31 year old went on to accuse the ‘piece of s***’ Masvidal, as a selfish training partner.

“I’m not selfish in my training camps where I only use guys in the gym when I need them like Jorge does. I’m selfless, I always help guys get ready for their fights. You’ll never see Jorge getting guys ready for their fights. It’s just sad to see the kind of things he’s saying in the media. Me not paying coaches and not being a good teammate – that trickles down, there’s a trickle-down effect at American Top Team. I see some of the ways guys treat me now because they believe what Jorge says is true. It’s the furthest thing away from truth and I can’t wait to expose his lies.”

And Covington thinks there’s an outside chance that he’ll get his hands on him this weekend, should anything happen to Usman.

“He’s talking a big game but he can’t back that game up so I would love to get my hands on him. If Marty Fakenewsman (Usman) pulls out or if USADA comes gets him for all the EPO that’s in his system, you might just see me versus journeyman Jorge for the title.”

In response, Masvidal took to social media to hit back at Covington. Reminding his former friend of the time he put him up, fed him and clothed him.

‘Gamebred’ went on to say that Covington has someone write all his ‘scripts’ for him. Naming an American Top Team employee as the person to do so.

After Colby Covington came out and told the story of why he changed his persona earlier this week, although he later denied that he’s playing a character, do you believe that he and Jorge Masvidal have gone from friends to foes?