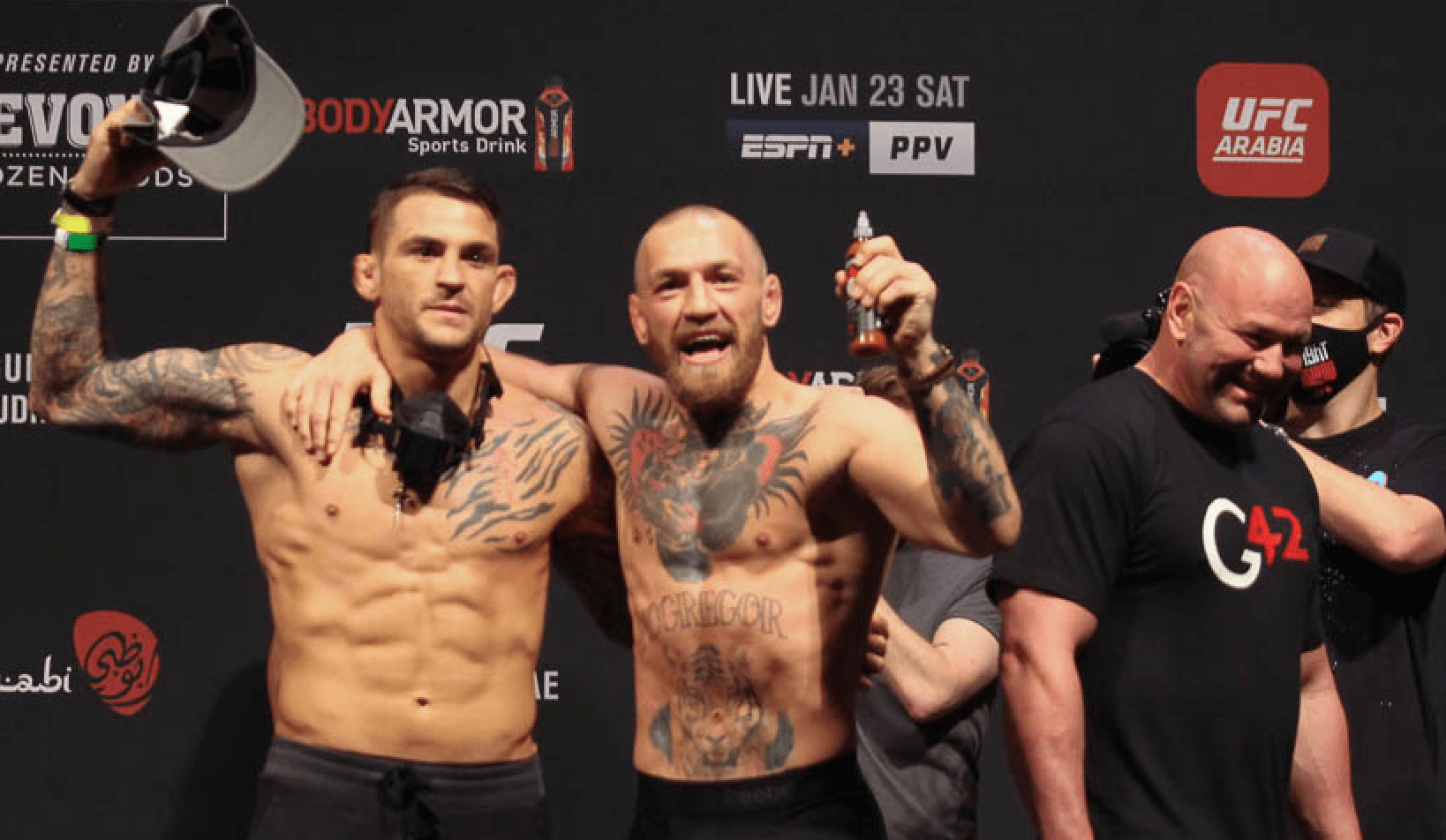 Earlier today, it was reported that Dustin Poirier had signed his contract for the trilogy fight against Conor McGregor, set to headline UFC 264 on July 10th. The Irishman has now confirmed the rubber match.

Taking to social media in the last few minutes, McGregor stated that the fight with Poirier is booked for July 10th.

Poirier turned down the opportunity to fight for the vacant lightweight title, instead choosing for the McGregor trilogy. Leaving Charles Oliveira and Michael Chandler to fight for the belt in the UFC 262 main event on May 15th at he Toyota Center in Houston, Texas. It was reported that all 17,000 tickets for the event sold out in minutes.

UFC president Dana White previously stated that he hopes the Poirier vs McGregor rubber match will go down in front of fans in Las Vegas, Nevada.

It was also reported earlier this week that Nate Diaz is set to return against Leon Edwards at welterweight in the UFC 262 co-main event. The announcement led to McGregor at the Stockton native reignited their fierce rivalry, with both men throwing insults at one another on social media.

McGregor needed less than two minutes to TKO Poirier when they first met seven years ago at UFC 178. ‘The Diamond’ avenged the loss earlier this year however, finishing ‘The Notorious’ in the second round at UFC 257.

Who do you think wins the trilogy fight between Conor McGregor and Dustin Poirier in the UFC 264 main event?