UFC: ‘Cowboy’ Will Let His Fighting Do The Talking Against McGregor 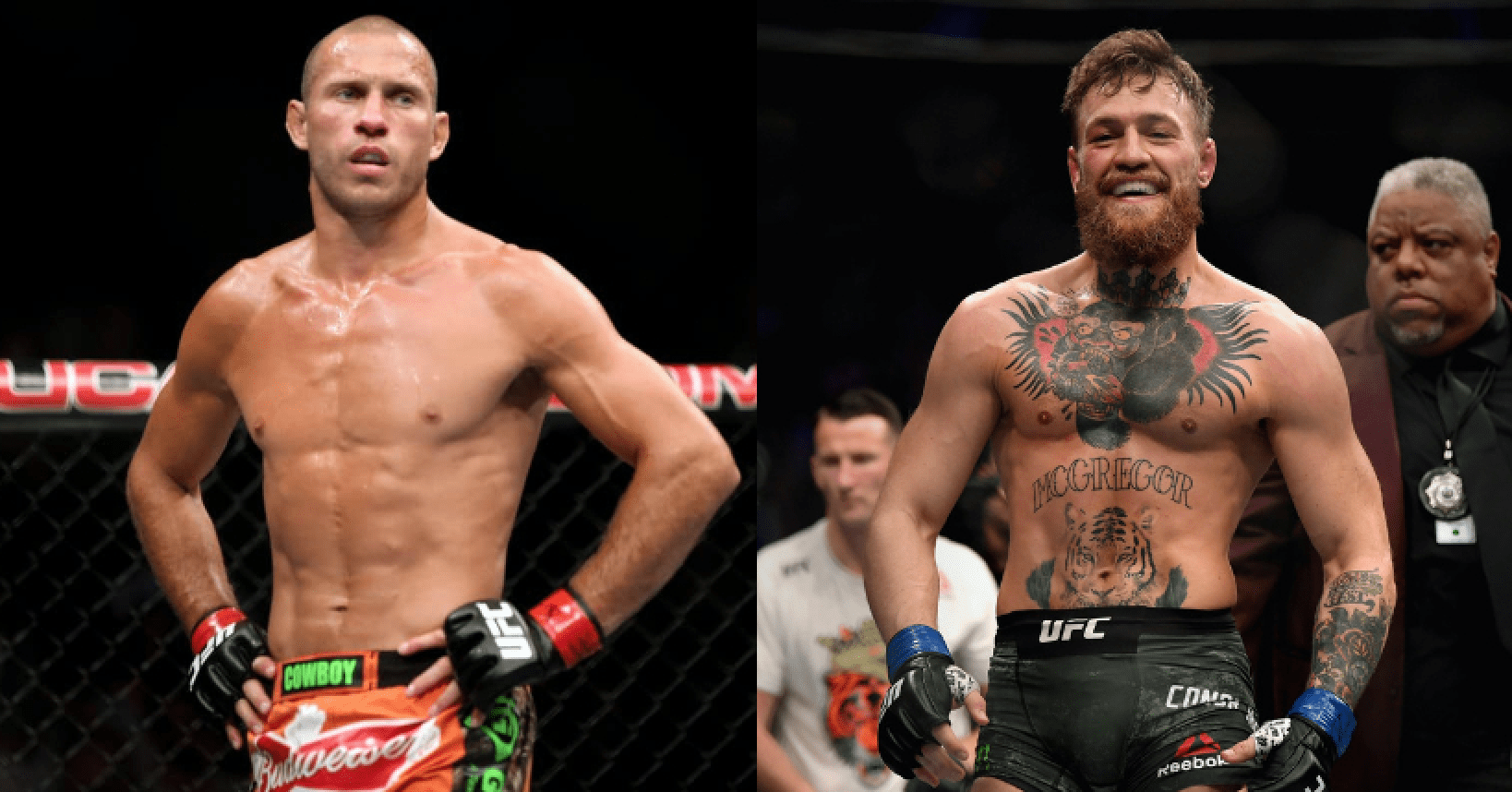 With last night’s UFC Busan in the in the books, the next scheduled UFC event is UFC 246, which will feature Donald Cerrone vs Conor McGregor in the main event. And for ‘Cowboy’, he’s every bit excited as the fans for his showdown with the former UFC two division champion. As he told MMA Junkie.

“I’m stoked. My contract is good with the UFC anyway, but it’s not the money fight everyone thinks. It’s like, ‘Oh, you’re fighting Conor, you’re set for life.’ It doesn’t work like that. I did get a little bit more money, so that’s cool. But it’s not like I’m done and I can just retire after this and buy a yacht and see you guys in the Caribbean.”

Although it has been speculated that ‘Cowboy’ would meet McGregor in early 2020, after Conor announced his planned return in October, the fact that the fight will go down at welterweight and not lightweight, came as a big surprise. Cerrone said that this decision will be good for both he and the Irishman.

With McGregor being known for engaging in mental warfare before all of his previous fights in the Octagon, most of his opponents have tried to return fire and trade verbal shots with Conor. However, ‘Cowboy’ says he has no intentions in getting involved in any trash talking.

“I’m kind of a straight shooter,” Cerrone said. “I’m not a guy that talks s*** much. I don’t do anything crazy out in the public or outlandish that he would have bad things to say. What crazy thing can he come up with that he can say?

“I’m not going to talk badly about him. I don’t really care. He does his life and whatever he wants to do he can. I’m just as wild and crazy as him, but in a different way. The media keep asking me, ‘What do you think of the trouble he gets in?’ The guy lives under a microscope. Anything he does people want to blow up and make a big deal about it. That’s his life. I would never even dig at something like that. Hell, no,” ‘Cowboy’ stated.

“Only goddamn thing I’m talking about is fighting only. Anything outside of it – that’s you. You do what you want to do. You want to meet me in the cage and fight – fighting that’s a whole different thing – but I’m not going to bring up anything from the past or anything he’s done outside the octagon. What the dude has done inside of the cage, and what he’s done for the sport is amazing. I’m honoured to fight a guy like him and it’s going to be one hell of a battle and I’m looking forward to it.”

While many believe that Cerrone’s best chance of getting his hand raised against McGregor is to get the fight to the ground, ‘Cowboy’ insists that he plans to give the fans what they want, and keep the fight standing.

“I’m going to go out there and stand up with him because that’s what everyone wants to see. Someone said earlier that’s like fighting not to win almost, but hell no. I’d rather go down in history as having the greatest fight ever and losing than fighting to just win and winning. I’m going out there to put on the line and throw down and give everyone what they want to see. To me, that’s what I want my legacy to be. I don’t want to be the guy that took the easy way and just ran the whole fight and tried to point fight. Hell, no. I’m going to stand and try to throw down.”

Despite planning on standing and throwing down with McGregor, ‘Cowboy’ still insists that he’s coming for the title.

“I don’t get into the politics anymore. That’s why I got a f***ing manager because they can get in there and do the dirty negotiating. All I do is show up and fight and do what I love and have fun. The goal hasn’t changed. I’m going to get that belt. That’s the last thing I’ve got to do for my legacy so I’m still on the path, still going to keep going and that’s why this sport’s hard. You got to be on top of your game at all times. I had a couple slips but hell, I’m back.”

UFC president Dana White said this week that this is a make or break fight for McGregor and with that in mind, ‘Cowboy’ is expecting the best version of Conor McGregor.

“[I’m expecting] the same hungry kid there’s always been. He’s coming to knock my head off. There’s a lot weighing on this fight so I’m probably going to get the best Conor McGregor out there.”

How do you see the ‘Cowboy’ Cerrone vs Conor McGregor fight going?