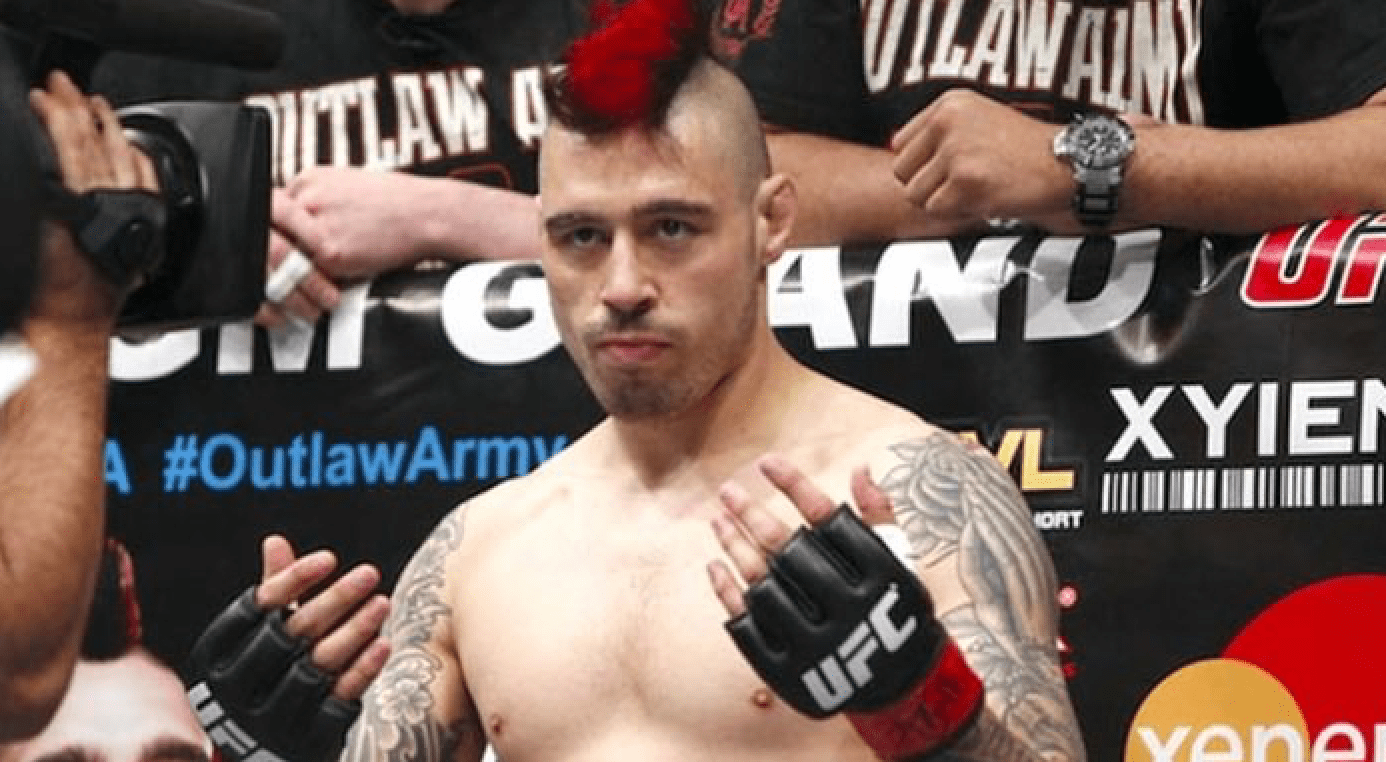 The debate as to who is the greatest mixed martial artist in the history of the sport is a debate that will go on and on without getting a definitive answer. For former UFC welterweight title challenger Dan Hardy however, the answer is quite clear.

While speaking with MMA Junkie, Hardy explained his level of respect for his former opponent, the former two division UFC champion, Georges St-Pierre.

“He’s definitely on Mount Rushmore – he’s definitely one of the top four; I can’t see anybody else above him,” Hardy stated. “The thing that makes ‘GSP’ stand aside is the fact that not only was he an excellent martial artist in the Octagon, but he lived the lifestyle out of the Octagon. He was squeaky clean – there were no run-ins with the police, no failed drug tests, nothing like that. The losses that he had, he came back and won. I always think that proves an excellent martial artist, someone that found a limitation and then managed to push their way through it.

“Obviously I’m biased, because I spent a bit of time getting to know him, himself, in his home gym and everything. He’s a fantastic martial artist, he operates on a very high level. It’s difficult to put anybody else above him.”

For a long time, there was huge hype surrounding a potential matchup between the welterweight GOAT ‘GSP’, and the middleweight GOAT, Anderson Silva. The fight never materialised however. And it wasn’t only the fans that were disappointed not to see the clash of the two legends of the sport.

“Obviously I’m disappointed it didn’t happen; it always kinda felt like the Mayweather-Pacquiao of MMA to me,” Hardy said. “You want to see these two guys clash. Even if they fought now, it still wouldn’t be the same as it was when they were on top of the world.”

While Hardy admitted that both fighters sit atop of his list, he believes the Canadian superstar the edge over ‘The Spider’ due to his perfect lifestyle outside of the Octagon.

“They’re the top ones for me,” he said. “But ‘GSP,’ as far as his track record and his character outside the UFC as well, and what he stands for as a martial artist, I think he has to be the GOAT for me.”

Speaking of his fight with St-Pierre ten years ago at UFC 111, the Brit stated it was a ‘highlight’ of his career.

“To spend 25 minutes in there with him, he was a challenge in every range, and I learned a lot from it,” Hardy said. “To be in there with one of the best was amazing, and then to be able to go into his training camp afterward and help him prepare for a couple of fights, I learned a lot about him and how he puts his training camps together and how he structures things. It was fantastic.”

Hardy would also go on to state that his relationship with ‘GSP’ has changed greatly since their title fight and now the two are able to reminisce fondly about it.

“So much time’s passed – ten years now – and we’re in different places in our lives, and we can look back on it and reminisce with a lot more humour, I suppose is the best way of putting it,” he said. “But it was a lot of fun. ‘GSP’ is one of the greats of the sport, and he moved things along so much, including myself. We all had to raise ourselves to his level. For him to still be so humble and to have so much humility is quite amazing.”

Do you agree with Dan Hardy’s assessment that Georges St-Pierre is the GOAT?