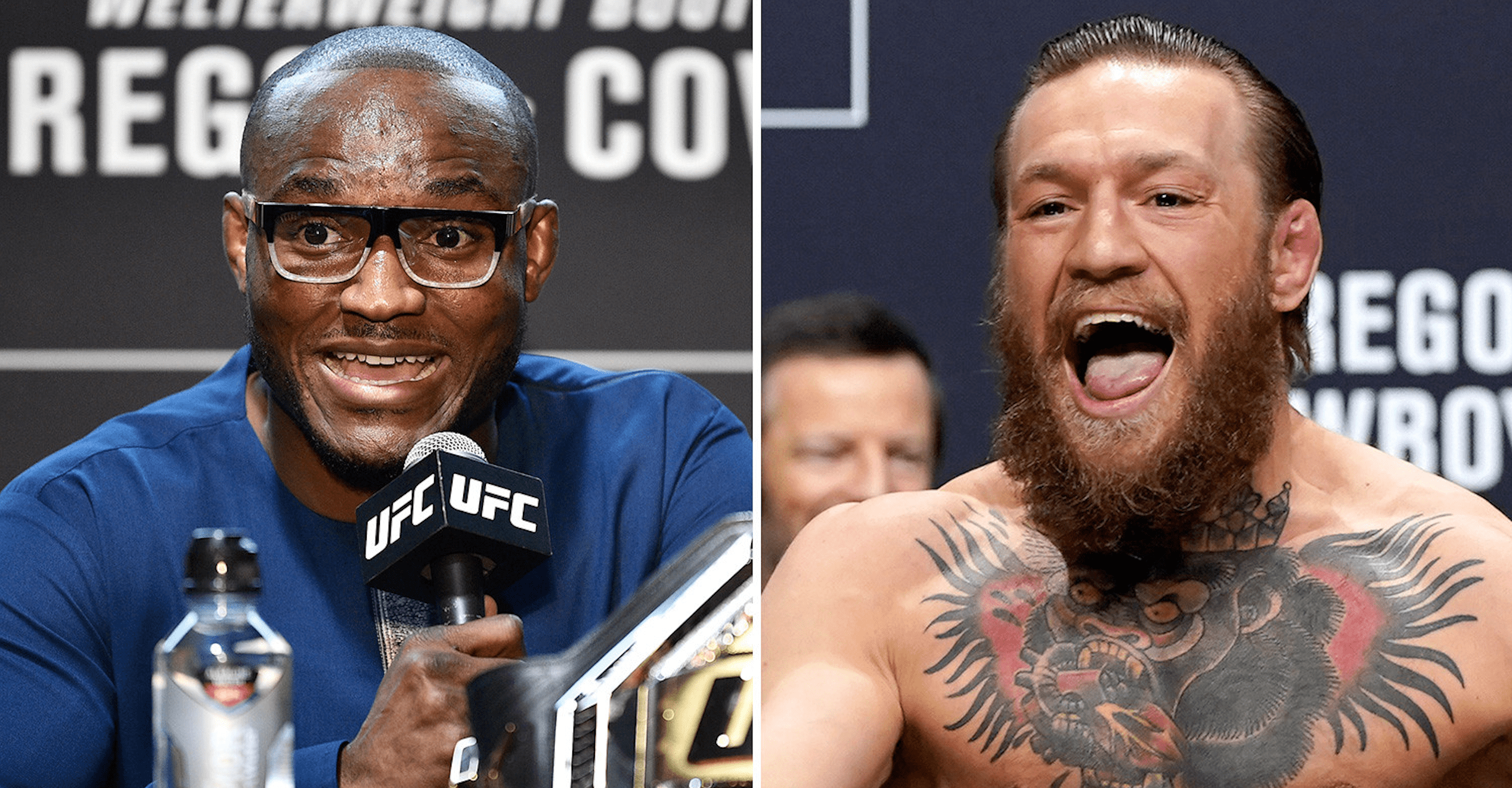 Now that the UFC is fully back up and running, so to is all the online fight talk and speculation. Earlier this week, Jorge Masvidal and Nate Diaz starting going back and forth on social media, which prompted Ali Abdelaziz to tweet that should they run it back for the BMF title, his man Kamaru Usman will defend his UFC welterweight title against Conor McGregor.

Obviously this led to lots of speculation that Masvidal and Nate were set to rematch and McGregor was going to skip the line and challenge Usman for the 170lbs title. Speaking to ESPN’s Sports Center however, UFC president Dana White put that speculation to bed.

With Masvidal hinting that he was going to defend his BMF belt instead of challenging for the UFC welterweight title, Dana made it clear which title he would rather see on the line this summer.

“I would rather see the UFC title be defended, than the BMF title. Anything’s possible but they’re the fights that make sense right now.”

After addressing the speculation in the 170lbs division, Dana moved on to the 145lbs division. After shocking the MMA world by announcing his retirement from the sport, following his successful bantamweight title defence against Dominick Cruz earlier this month at UFC 249, Cejudo stated that he would come out of retirement to challenge the featherweight champion, Alex Volkanovski.

The UFC boss however, insisted that Cejudo is out of the picture. Instead confirming that Volkanovski is set to defend his title against Holloway, in a rematch from their UFC 245 title fight. Dana also announced the upcoming number one contender fight in the division.

“If you start talking about Volkanovski, we’re talking about Max Holloway. [Brian] Ortega and ‘The Korean Zombie’ are going to fight. You know how I came out and said for the [Tony] Ferguson fight against [Justin] Gaethje, I said ‘I absolutely, positively guarantee you that this fight will be great’. That’s the same thing with Brian Ortega vs ‘The Korean Zombie’, there’s no way that that fight is boring. And the guy that comes out of that fight would be next in line for a title shot. But right now, we’ve been talking about the rematch Volkanovski and Holloway.”

Ortega and ‘The Zombie’ were originally set to face off last December at UFC Busan but ‘T-City’ was forced out with an injury a couple of weeks ahead of the fight.

The two have since fallen out and then made up, after Ortega slapped ‘The Zombie’s’ close friend Jay Park, the Korean rapper, at UFC 248.

Who do you think Kamaru Usman should defend his title against, Jorge Masvidal, Colby Covington or Leon Edwards? And who do you think will be the UFC featherweight champion come the end of the year, Alex Volkanovski, Max Holloway, Brian Ortega or ‘The Korean Zombie’?