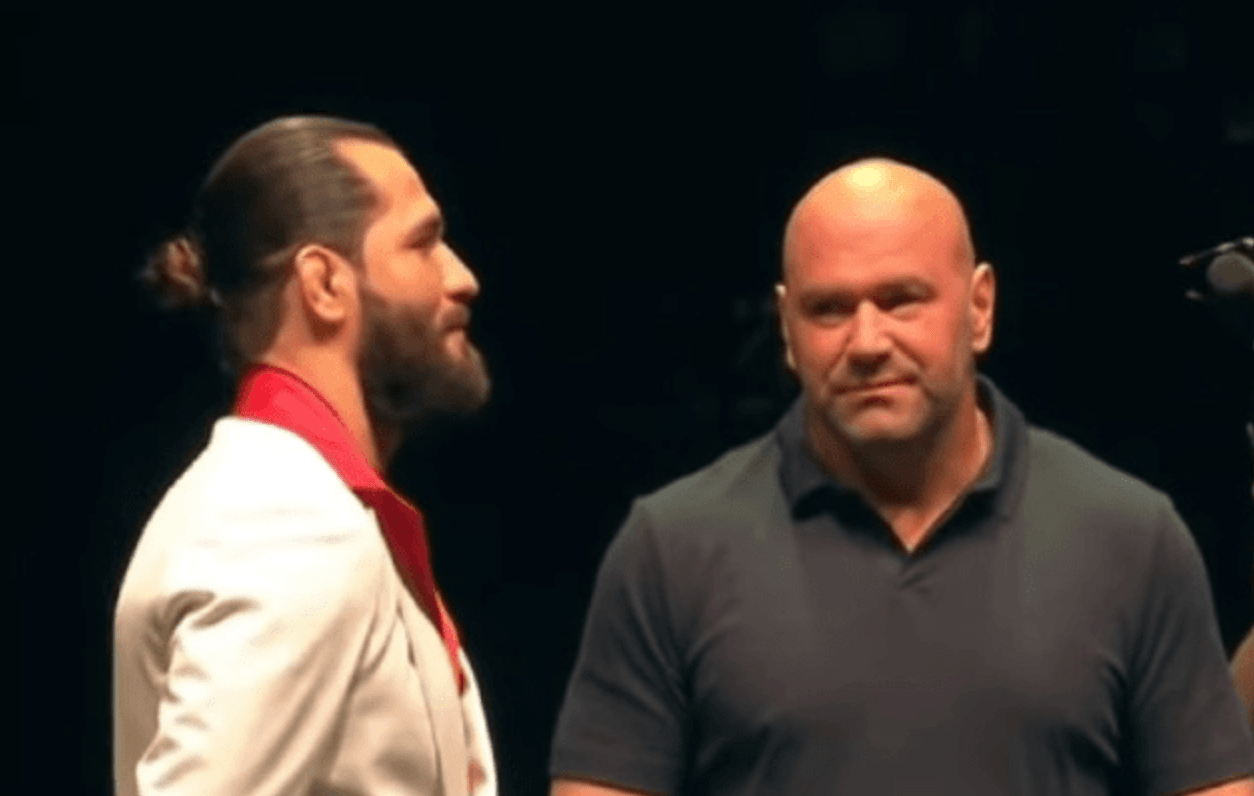 UFC president Dana White believes that Jorge Masvidal’s beef with the UFC on his pay is nothing new for the organisation.

After negotiations for a title fight with Kamaru Usman fell through, Masvidal publicly asked the UFC to release him. Since then, ‘Gamebred’ and Dana have been going back and forth over fighter pay. With Jorge now out of the title picture, Gilbert Burns will face the champion at UFC 251 on Fight Island.

Speaking to the media ahead of this weekend’s UFC Vegas 2 (transcribed by MMA Junkie), Dana said that he isn’t surprised by the whole situation and compared Masvidal to the Diaz brothers.

“It’s not a surprise,” Dana said. “I mean, this is what we do. We’ve been doing this for 20 years. People who want to fight get fights, and people who don’t, don’t.

“And [Burns is] the number one ranked guy in the world. Number one versus the champion. And this kid wants to stay busy. These kids who come out and go on runs like Burns is on and want to keep fighting and stay active, they’re healthy, it’s the smartest thing they can do. And it doesn’t surprise me that Masvidal…Masvidal is very much like the Diaz brothers. He beats to the sound of his own drum. When he wants to do something, he does it. It’s not very surprising at all.”

The issue of what fighters deserve to be paid has been one of the biggest stories in MMA in recent weeks. As well as Masvidal, Jon Jones has also been going back and forth with Dana over his failed negotiations to fight Francis Ngannou at heavyweight. While Henry Cejudo recently retired and cited money as a big factor.

However, for Dana, this isn’t anything new. He believes that the fighters have always been having these issues but it’s just getting more media attention now.

“Listen, I’m putting on fights every weekend for the next ten years,” Dana said. “If you want to fight, call us. We’ll offer you fights, and if you don’t want to take them, you don’t have to. It’s always been that way.

“Everybody’s acting like this is some new f***ing drama that just popped up, and this has never happened before in the history of the sport. This happens all the time, non-stop.”

After Masvidal revealed that the fighters get paid under 20 per cent of the generated revenue, Dana has been quizzed on the matter several times. The UFC boss however, believes that things are the same as they have always been and that the fighters shouldn’t have any reason to complain.

“There’s a lot of new people covering us,” Dana said. “There’s a lot of new people that don’t know a lot about the sport. That’s new. This isn’t new. This is the same old s***. And all these fighters that are [unhappy], they share in the revenue. They do share in the revenue. They have the upside on the pay-per-view. And guys that sell pay-per-view make a lot of money.”

What are your thoughts on Dana White’s latest comments on the subject of fighter pay?