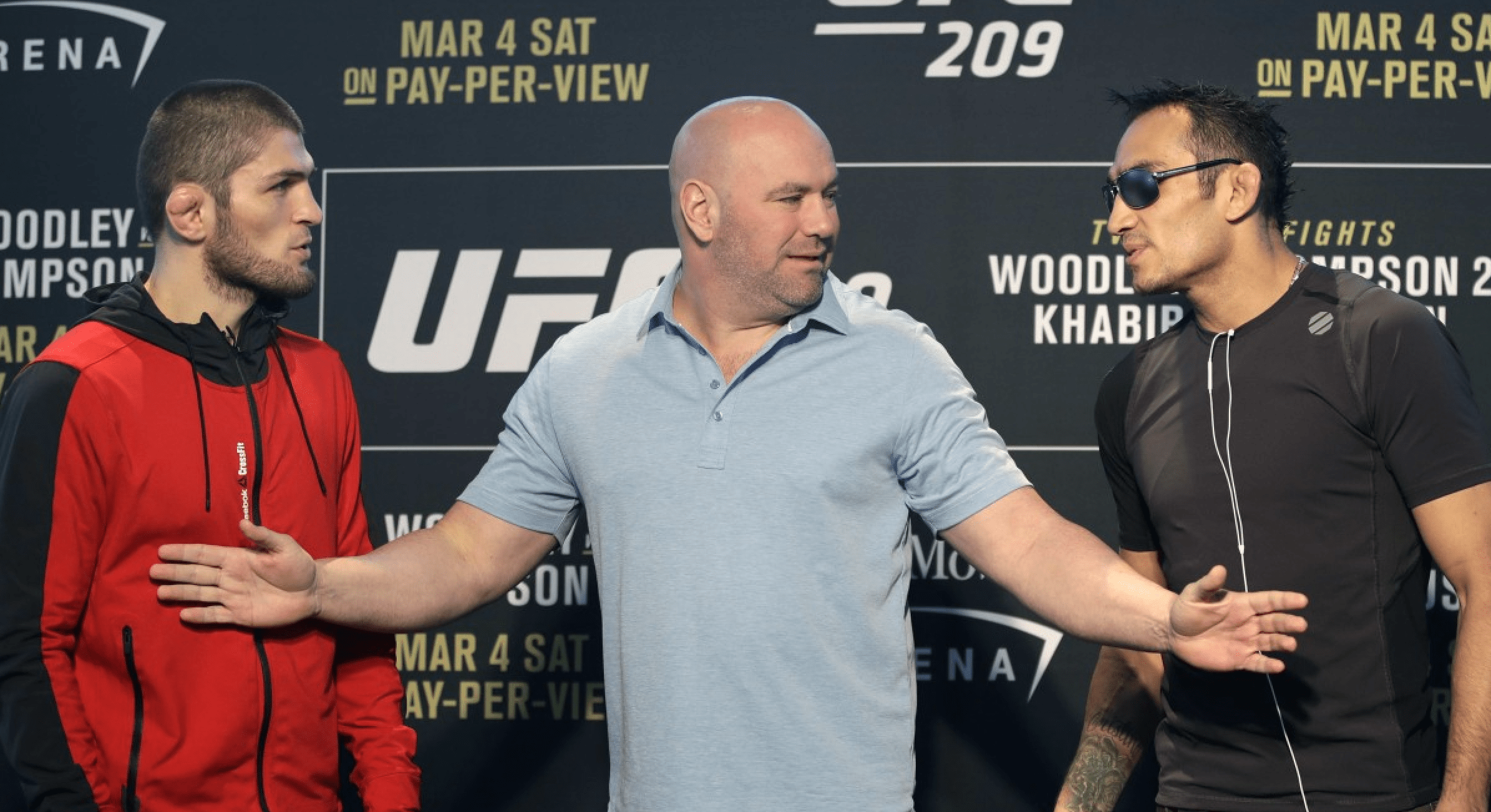 Many UFC fans have been concerned that Khabib Nurmagomedov vs Tony Ferguson at UFC 249 wouldn’t happen, after four previous failed attempts. But now the world is going into lockdown as a result of the coronavirus pandemic, the fear has intensified.

Earlier this week, Dana White announced that the next three UFC events had been postponed. The next scheduled event now is UFC 249. The UFC president stated however that UFC 249 will go ahead, somehow.

We now know that the card won’t go down at the Barclays Center in Brooklyn, as previously planned. And while UFC 249 currently doesn’t have a home, Dana remains fully optimistic that the card will still happen. As he told TSN‘s Aaron Bronsteter (as transcribed by The Mac Life).

“We’re looking at a lot of different things. But obviously, listen, if you’re a fan, a media member or whatever you might be.. You wanna bet against me? You want to bet I can’t pull stuff off? At some point you’d stop doubting me, I would imagine, but maybe not. So, we’ll see.

Even if events go ahead behind closed doors, there is still a matter of health and safety for the fighters and everyone else who are still involved. Dana however, said that health and safety is always a high priority at the UFC.

“Health and safety is always an issue with us. A lot of these different businesses don’t deal with this type of stuff, we deal with it every day. We have the best and the brightest, we have these doctors who work with the athletes every day, and we have doctors who work with our staff too. Health and safety isn’t something new for us, it’s something we live with every day. And it’s something we think about and are focused on every day.

“Also solving problems and craziness happening is all part of this business. This is nothing new for us.”


Should the fight go ahead, Khabib’s head coach Javier Mendez believes that Tony Ferguson is will prove to be the toughest test of the UFC lightweight champion’s career.

Speaking to Submission Radio (transcribed by BJPenn.com), Mendez said he believed that Ferguson has the best overall skills of anyone Khabib has faced before.

“Khabib has also improved a lot in so many different areas. The last [fight] wasn’t as good as he is in this fight so we will see a new Khabib.”

Mendez acknowledges that we will probably see a new Ferguson at UFC 249 but adds that we will also see an improved version of Khabib too.

“And we’re definitely going to see a new Tony. But at the end of the day, Is Tony the toughest opponent? In some ways, yes, and in other ways no. We will see when we get there. It’s hard to say. You know he’s never fought someone like Tony. Tony has never fought someone like him. We’ll see what happens when Khabib takes him down because that’s going to happen, and we’ll see if Tony can do what he’s used to doing.

“[Ferguson] may find he can’t and that may be one of the areas where he’ll go ‘Oh crap, I didn’t realise he was this good.’ Mostly, everybody that’s ever dealt with [Khabib], they come up saying, ‘I knew he was good, but I didn’t know he was that good.’”


While most MMA fans are worried that the coronavirus will jeopardise UFC 249, Khabib’s manager Ali Abdelaziz is more concerned that Ferguson’s unique training regime will be the reason why the fight doesn’t happen the fifth time round.

“Listen, this fight will happen,” Abdelaziz told TMZ Sports. The only thing I’m worried about is this dumb motherf***er hurting himself f***ing around like this, you know what I’m saying? He’s dumb. This motherf***er needs to stop kicking poles and training with banana peels. He needs to get a real team, reach coaches, to really supervise him. The man trains himself, you understand? Guess what, he’s a great fighter, yeah, he’s an amazing fighter. But he’s a stupid motherf***er, that what he is. The man tries to do everything to hurt himself.”

Do you think Khabib Nurmagomedov vs Tony Ferguson will go ahead as planned at UFC 249 on April 18th?