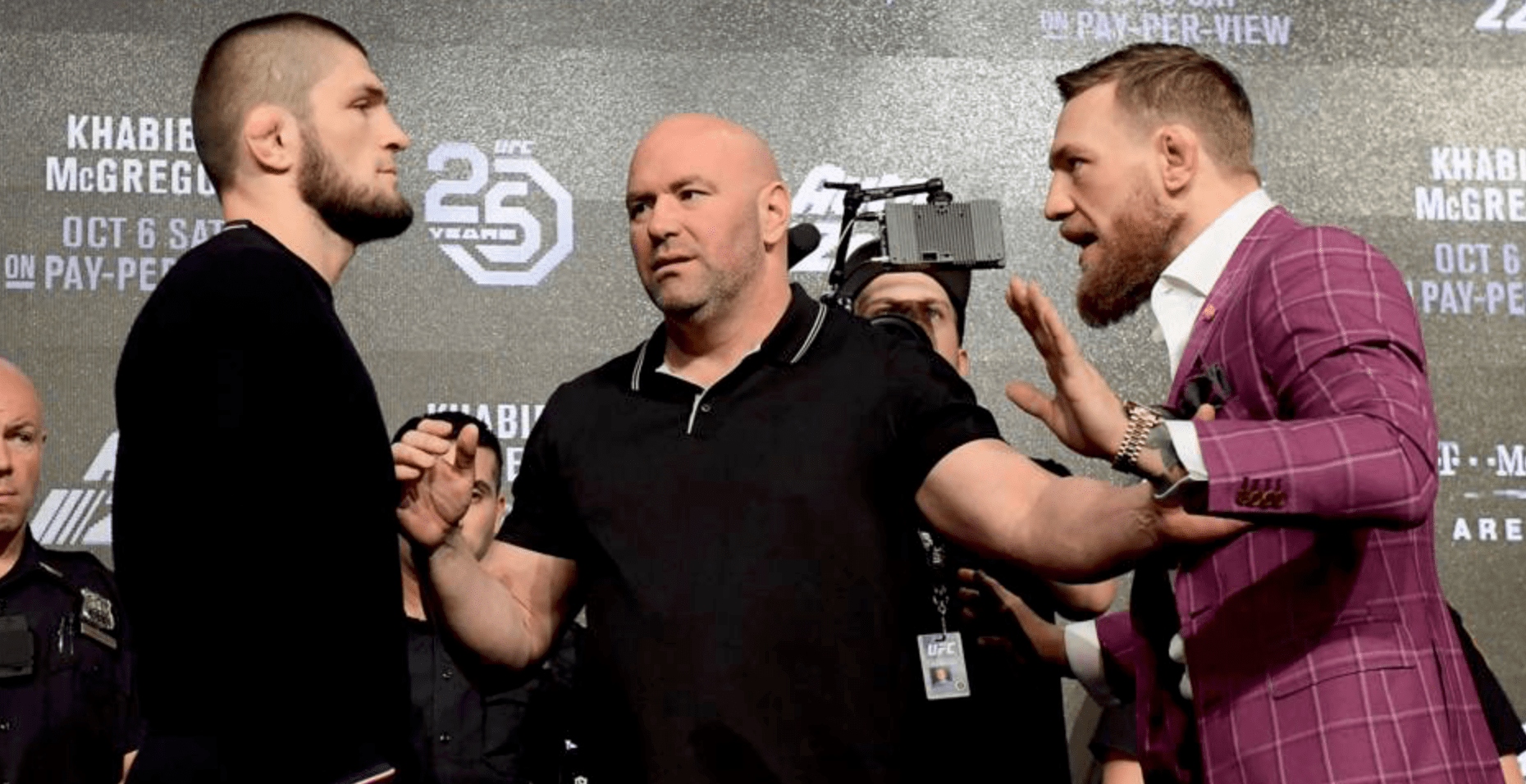 Dana White wants UFC lightweight champion Khabib Nurmagomedov to fight one more time, and he is going to do everything in his power to make it happen.

Khabib retired from MMA after successfully defending his title against Justin Gaethje at UFC 254. On a number of occasions since then, he has reiterated that he plans to stayed retired, and doesn’t want to compete again without his late father, Abdulmanap Nurmagomedov. But Dana is looking to do his best to turn the tide in his favour.

Dana is expected to meet Khabib in Abu Dhabi in the next week to hold talks over his fighting future. Speaking with ESPN (as transcribed by MMA Fighting), the UFC president said that he is going to press the Dagestani as hard as he can for one more fight.

“I’m obviously meeting with him because I believe that he should fight again,” Dana said. “I mean, look at what he did to Justin Gaethje. Look at what he’s done to every opponent he has faced. Like when I wanted [Daniel] Cormier to stay, I still think they’re the best in the world. And then there’s always the argument, well, it’s never a bad thing to go out on top.

“And when you talk about money, I mean Khabib has money beyond belief. This guy doesn’t ever have to work again and he still has the ability to do things to make unbelievable money. He’s in a very unique position as a fighter. I think he should fight again and I’m gonna press him as hard as I can for one more.”

While Dana the promotor wants to see Khabib come back for one more fight, the fan in him wants to see ‘The Eagle’ fight ten more times.

“As a promoter, you always want the best guys in the world but at the same time as a promoter, when a guy wants to retire he probably should if that’s even crossing your mind or thinking,” Dana shared. “The difference with a guy like Khabib is he’s been through so much and losing his dad was such a major blow to him. It’s something that they did together, yet his dad wanted him to hit 30-0. But as a fight fan, I want Khabib to fight ten more.”

Although Khabib has stated on numerous occasion that he has no interest in giving McGregor a rematch, Dana still has his heart set on seeing them run it back. Although the former two division champion must overcome Dustin Poirier first at UFC 257.

“No matter what you think of Conor personally, Conor McGregor is not only one of the best in the world, [but] one of the best to ever do it,” Dana said. “Right now he’s as focused as he’s ever been. I don’t know if this is gonna be the same Conor after the Poirier fight. Like you said, Conor goes [up-and-down]. But if this Conor sticks around for the next year, how do you not do Khabib versus Conor again?

“The division’s stacked with tough guys and the reality is that if Khabib does retire then whoever the highest-ranked guy is at the time will end up facing Conor—if Conor beats Poirier and would fight for the title—I’m sure.”

Are you as enthusiastic to see a rematch between Khabib Nurmagomedov and Conor McGregor as Dana White is?