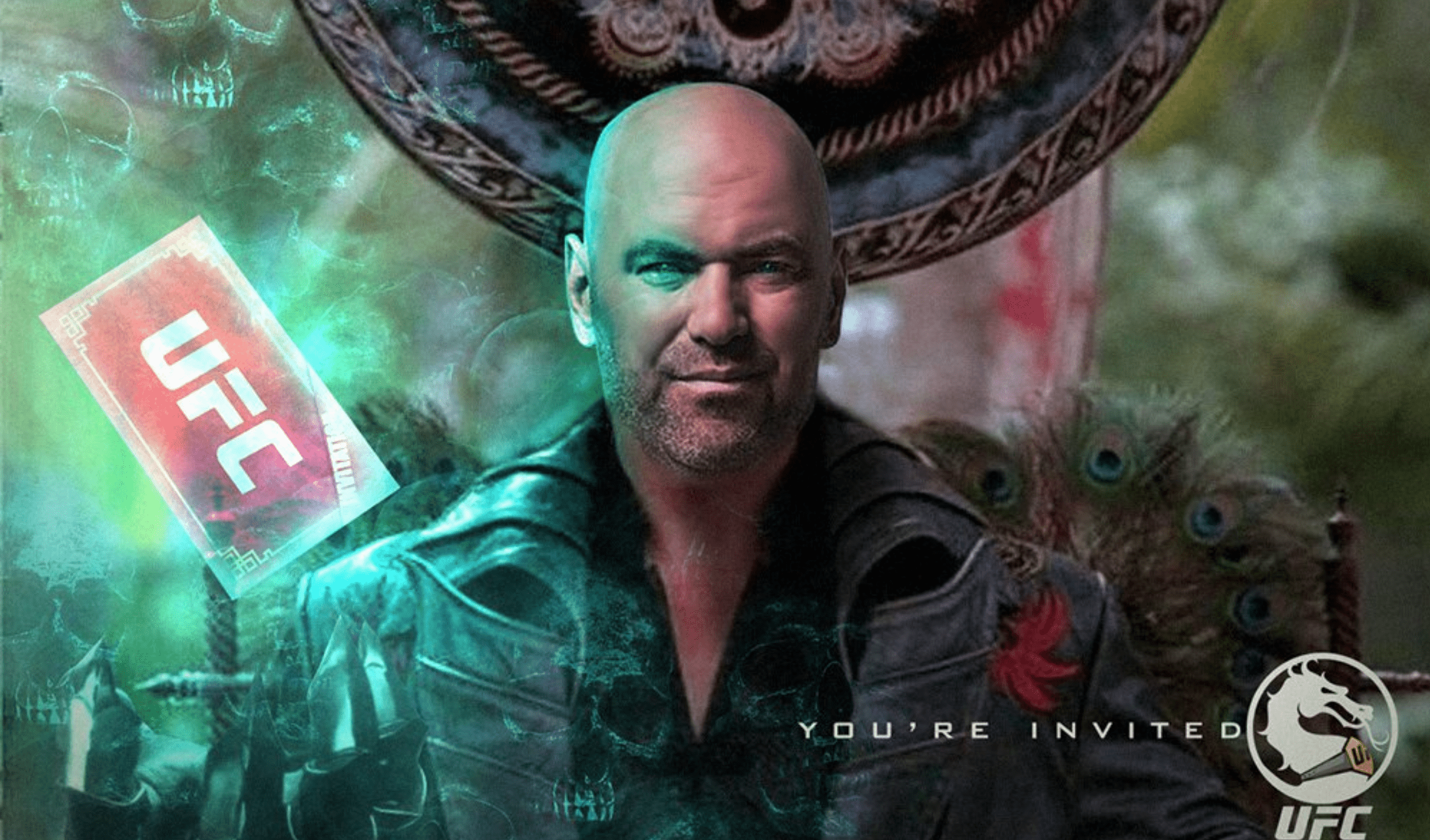 Then on January 20th, welterweight contenders Michael Chiesa and Neil Magny will go head-to-head at UFC Fight Island 8. Khamzat Chimaev and Leon Edwards were originally booked to headline the event, but the fight was called off after ‘Borz’ pulled out due to the coronavirus.

The promotion will end the month on a high note with a blockbuster main event at UFC 257 on January 23rd between Conor McGregor and Dustin Poirier.

Ahead of the UFC Fight Island triple header, UFC president Dana White sat down with ESPN‘s Brett Okamoto to talk about McGregor, his planned meeting with Khabib Nurmagomedov, Jon Jones, and Zhang Weili vs Rose Namajunas.

Burying The Hatchet With McGregor

In September last year, McGregor posted screenshots of a private conversation with Dana on social media, where they were discussing a potential fight with Diego Sanchez. The UFC president, who called the Irishman’s actions “the dirtiest move ever”, told Okamoto that the two have buried the hatchet, and they are getting along well again now.

McGregor has been putting in the hours in the gym for his fight against Poirier and looks highly motivated, something that truly excites Dana.

“The questions are always, ‘This guy is so rich, how hungry is he?” Dana said. “There’s nothing more exciting or fun than a motivated Conor McGregor, when his head is in the right place. And you can tell when he is and when he isn’t, and right now, he’s in. My conversations with Conor, I know when the real Conor is here and the other Conor is here, and believe me when I tell you, the real Conor is here.

“If something happened to Dustin Poirier, he is the Conor McGregor right now that doesn’t give a s*** who we put in that fight. He’s going to be, ‘Who’s ready? Who you got? I’m going to the gym, tell me who’s showing up on Saturday.’ He’s that guy right now. That Conor McGregor is back.”

The former two division UFC champion has only fought twice inside the Octagon in the past four years, against Khabib at UFC 229 and against ‘Cowboy’ Cerrone at UFC 246. But Dana is truly pleased to see the Dubliner with a reinvigorated desire to fight, and would love to see him focus solely on his UFC career.

“The way this kid is right now, mentally, physically, emotionally, this kid is on and ready to fight,” Dana said. “I would love to see him focus on what he can do here in the UFC, whether that’s take another shot at the title against Khabib or fight for the title against somebody else if Khabib retires, and defend that title.”

Khabib announced his retirement at UFC 254 after defending his title against Justin Gaethje, and has no plans of fighting again, but when he meets Dana this month on Fight Island, the UFC chief said that he will try his best to persuade him to fight again.

“I’m obviously meeting with him because I believe that he should fight again,” Dana said. “I mean, look at what he did to Justin Gaethje. Look at what he’s done to every opponent he has faced. Like when I wanted [Daniel] Cormier to stay, I still think they’re the best in the world. And then there’s always the argument, well, it’s never a bad thing to go out on top.

“And when you talk about money, I mean Khabib has money beyond belief. This guy doesn’t ever have to work again and he still has the ability to do things to make unbelievable money. He’s in a very unique position as a fighter. I think he should fight again and I’m gonna press him as hard as I can for one more.”

Former UFC light heavyweight champion Jon Jones hasn’t fought since last February, when he beat Dominick Reyes at UFC 247. In August, he vacated the 205lbs title to move up to heavyweight, but his next fight is still up in the air. Dana explains why some time off from fighting has been good for the 33 year old.

“He’s in a great place right now… It’s almost like these guys need to step away from the pressure. When you’re involved in this thing, the amount of negativity that you’re surrounded by on a daily basis is completely overwhelming to some people,” Dana said. “You know, what I mean and I think for some of these guys to step away from it for a while and focus on whether it’s their family or hobbies or other things they got going on in their life, makes them appreciate coming back again.”

After Khabib beat Justin Gaethje at UFC 254, much of the talk was about him being the greatest fighter of all time, something Jones didn’t appreciate. Dana believes him trying to prove he’s the GOAT is a hallmark of ‘Bones’ competitive nature.

“It’s what makes the all-time greats great. You know once you start to get questioned, it’s almost like the timing of the Jordan documentary,” Dana said. “It came out when everybody was just starting to say ‘You know what, Lebron is pretty damn good’. You know Jordan comes out with this documentary to remind everybody how good Jordan really was and it’s the beauty of being a fierce competitor. Say what you want about Jon Jones, he is a fierce competitor man and he’s one of the greatest to ever do it.”

UFC strawweight champion Zhang and former champion Namajunas have both expressed their willingness to fight one another next, but there’s lots of confusion surrounding their next bout. At the end of last year however, ‘Thug’ Rose rejected Dana’s claim that she has turned down a title fight with the champion.

Dana revealed though, that the UFC is working on a fight between the two, but if there’s no breakthrough, Carla Esparza would be next in line for China’s first ever UFC champion. Either way, he wants Zhang’s next title defence to take place in Asia.

“The fight that everybody wants to see is her and Rose,” Dana revealed. “Hopefully we can get that done. If not, the next one in line would probably be Carla Esparza so. We’re looking at doing that fight this year and in Asia.”

How do you see 2021 playing out for the UFC, Dana White, Conor McGregor, Khabib Nurmagomedov and Jon Jones?