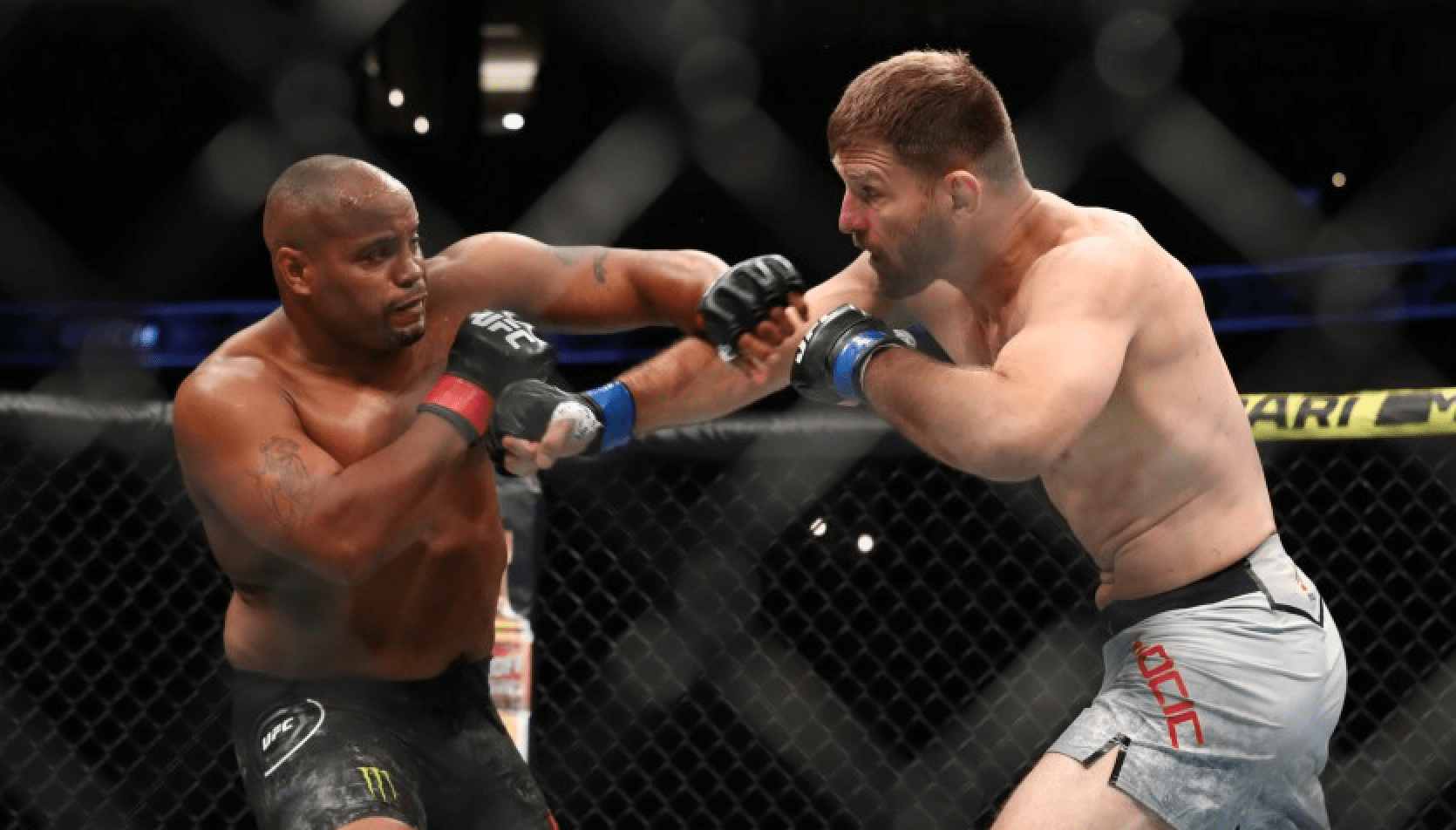 Daniel Cormier and Stipe Miocic have scheduled their long-awaited trilogy fight for August 15th at UFC 252. It will go down almost a year to the day after their last encounter, after it had to be pushed back due to the current state of the COVID-19 pandemic, as well as injuries suffered by the current champion.

In their first clash — which took place at UFC 226 in 2018 — Cormier was able to snatch the victory via knockout in the second round. The two later rematched at UFC 241; this time around, Miocic was the one who earned the TKO victory.

Despite the variation in the results of the fights, several members of the MMA community blasted Cormier for the consistent use of eye pokes throughout both contests. Many suggest that had ‘DC’ not used this illegal technique, the outcome of the first bout would be a different one.

The champion’s agent Jim Walter, stated that after the second encounter between the two, the damage of Miocic’s retina was such that he had to undergo medical procedures. These health concerns were partially responsible for the delay of the third fight.

Cormier had a chance to comment on the eye poke situation in conversation with MMA Fighting.

“I’m not purposely doing that,” Cormier said. “I’m not purposely poking him in the eye. That first fight, I kind of poked him in the eye but the issue with that was sometimes when I spar and because I’m shorter, I have the 16-ounce gloves, I can kind of flick my hand towards guys and hit them when they’re a little bit out of range. I think that’s what happened the first time.

“The second time, once I think my knuckle got jammed into his eye but that’s not a finger. I kind of punched and the thumb was tucked into a fist but the knuckle got him in the eye.”

Cormier firmly rejected intentionally damaging Miocic’s eye, declaring that he does not wish to generate any permanent damage towards his opponents.

After suffering from eye pokes during his fights against Jon Jones, the former double champion is no stranger to the visual impairment generated by this illegal technique. Cormier’s cheerful nature and firm moral compass shown in his media appearances make fans question if his intentions were truly harmful, or if the retina damage was an unfortunate miscalculation.

“I’m not trying to poke the guy in the eye. That’s f***ing stupid,” Cormier said. “Why would I ever do that? I don’t wish long term damage to this guy’s eye. I don’t wish that the guy can’t see out of his freaking eye. That’s crazy.

“One of my friends and co-workers deals with that, Michael Bisping. I don’t want to see another guy having to deal with that. That’s crazy. I’m not trying to poke this guy in the eye.”

Speaking about his long lay off, Miocic explained that the retina injuries prevented an earlier return. Nonetheless, recovery seems to be going well for the champion.

“I would have been back way earlier,” Miocic said. “It’s definitely way, way, way better. I’ve got spots here and there, I don’t think it’s anything out of the ordinary. I needed glasses in general with the retina or not.”

A large portion of fans and media members point out that the eye pokes were reciprocal during the second fight. Cormier stated that despite having been poked by Miocic as well, he gives little importance to this aspect of the contest.

“I’ve gotten thumbed to the eye by Stipe before,” Cormier said. “It’s not like he’s never thumbed me in the eye. He’s stuck me in the eye before. Whatever.”

‘DC’ also explained the possible cause for the eye pokes against Miocic, indicating that the gloves he used during this training camp may have had some blame. Regardless, Cormier assures the harm to the Cleveland-native’s eyes was not intentional.

Despite being strictly forbidden, eye pokes have been an unfortunate part of the sport for a long time. Many ideas — such as a change in gloves and more serious penalties for repeated offences — have been circulating the MMA regulators for several years. For the sake of the sport and the health of the athletes that compete inside the Octagon, it is imperative that this ongoing issue is addressed.

Regardless of the previous outcomes between the two, fans can be sure to expect nothing but fireworks during this heavyweight clash between two of the most notable names in the division.

How do you think the Daniel Cormier will perform against Stipe Miocic in their trilogy fight at UFC 252?