UFC: Darren Till Says He Has The Tools To Beat Israel Adesanya 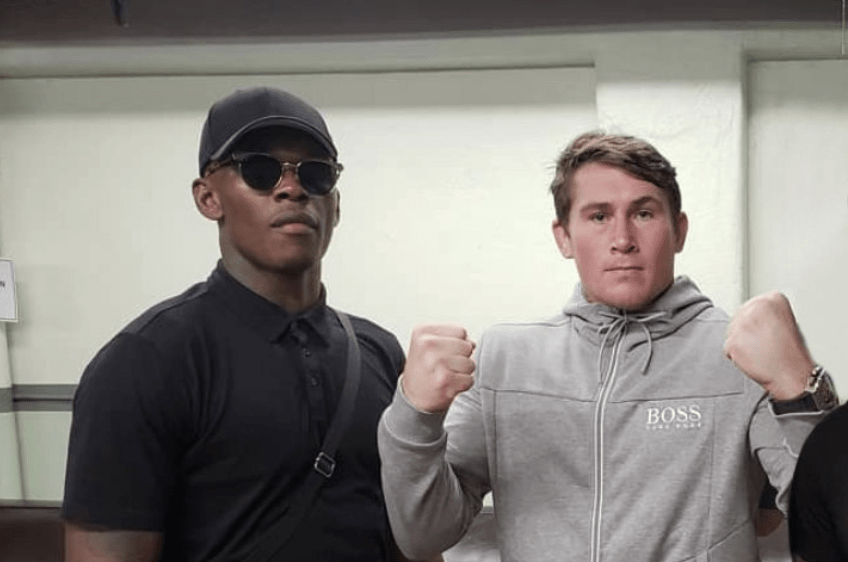 Should Darren Till come out on top against Marvin Vettori in the UFC on ABC 2 main event on April 10th, Israel Adesanya’s coach Eugene Bareman says that he’ll be the next in line to fight for the UFC middleweight title.

In an interview prior to his UFC 259 loss to Jan Blachowicz, Adesanya revealed that nobody in the middleweight division other than Till intrigues him right now, and that the Brit simply needs to continue winning because a title shot is there for him. In a separate interview, the Nigerian born Kiwi’s coach Eugene Bareman said that ‘The Gorilla’ is the frontrunner to challenge his pupil should he win his next fight.

After going unbeaten in his first 18 pro fights, Till has gone 1-3 in his last four. However, the first defeat came against the then welterweight champion Tyron Woodley at UFC 228, and the most recent loss came against the former middleweight champion Robert Whittaker in a very close unanimous decision at UFC Fight Island 3. Despite the losses, the 28 year old is still regarded as one of the top contenders in the UFC 185lbs division and sits at number four in the current rankings.

Till Responds To Adesanya

Speaking to ESPN (as transcribed by MMA Junkie), Till said that although he’s aware of Adesanya’s comments, he’s focused on the task at hand for now.

“I think me and Marvin are knocking on the door,” Till said. “It’s like a little mini-middleweight competition right now, the same as lightweight, so it definitely excites me. To just be at the top and to be getting these chances and knowing what’s next and all that – but I’ve got a steamroller in front of me, and I don’t want to look too far ahead. I know Izzy’s calling me out, practically, and stuff like that. I’ve called him out for a long time. We were destined to fight even when I was a welterweight. He called me out then, when I was at the top of welterweight.

“Right now, I’m just focused on myself. I’m doing my own thing. But this is the thing: I think it’s one of these fights with me and Izzy, I think it’s magician versus magician. Who’s got, like, the Kryptonite to beat the other guy’s striking, you know? I’ve said it for the longest time, I’m one of the best strikers in the UFC. And I think Izzy is definitely there. He could be ahead the way’s he’s been fighting – he’s ahead of me right now.”

Should the two cross paths down the road, Till knows that he has the tools to beat Adesanya, but he expects a good battle.

How do you think a fight between Darren Till and Israel Adesanya plays out?