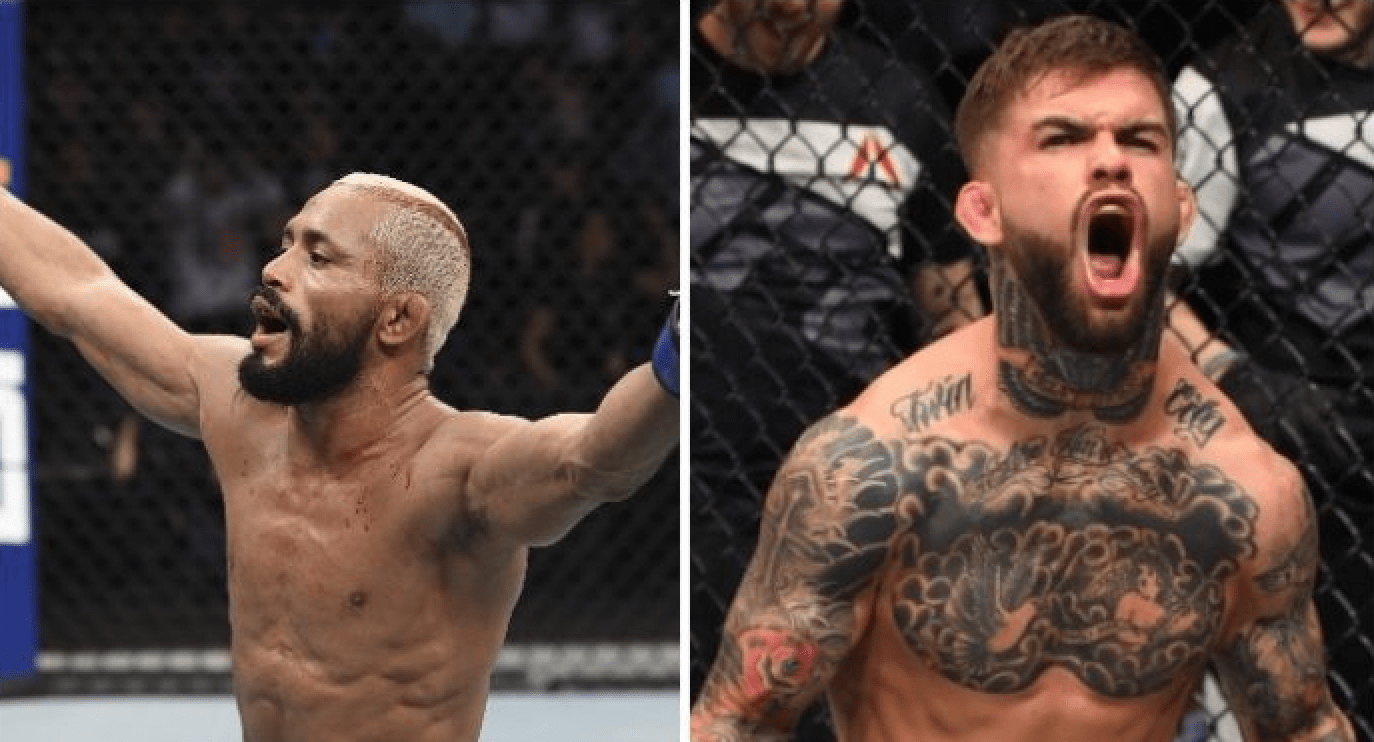 Deiveson Figueiredo is scheduled to defend the UFC flyweight title at UFC 255. Although he isn’t happy about who his challenger will be. After defeating Joseph Benavidez to win the belt at UFC Fight Island 2, the 32 year old Brazilian will face Cody Garbrandt in his first title defence.

Figueiredo however, feels that Garbrandt is undeserving of the title shot. Although ‘No Love’ is a former UFC bantamweight champion, he will be making his flyweight debut. At first, ‘Deus De Guerra’ was reluctant to take the fight but relented after further negotiations with the UFC.

In an interview with Ag Fight (as transcribed by Bloody Elbow), Figueiredo said he was ready to make an example out of Garbrandt for jumping the line ahead of more deserving challengers in the 125lbs division.

“I didn’t think it was right for him to cut the line, but the UFC calls the shots. We work for them and we have to accept whoever they want us to fight so we can put on a show for the fans. There was a negotiation between them and my manager, Wallid Ismail. He talked to the UFC so I could have a bigger purse against Garbrandt. We got a proper figure. Now I’m training hard to show you should not cut the line to get to the belt at flyweight.”

Figueiredo possesses heavy hands, having won 9 of 19 fights by knockout, and plans to go toe-to-toe with Garbrandt, who is also known for his knockout power. Though he is aware of the dangers of trading strikes with ‘No Love’, he believes his opponent’s chin is a weakness he can exploit.

“[I will take advantage of] his chin, his head. Those are fragile spots. I’ve seen him take shots and get rocked. Those are two weak spots to exploit. If he comes at me, you better believe there’ll be a bonus coming. It’s going to be an insane fight. I don’t walk back. I feel more well-rounded. He has boxing and wrestling. I have my boxing, my marajoara fighting and jiu-jitsu to submit him if he makes a mistake.”

Who will walk out of UFC 255 as the UFC flyweight champion, Deiveson Figueiredo or Cody Garbrandt?