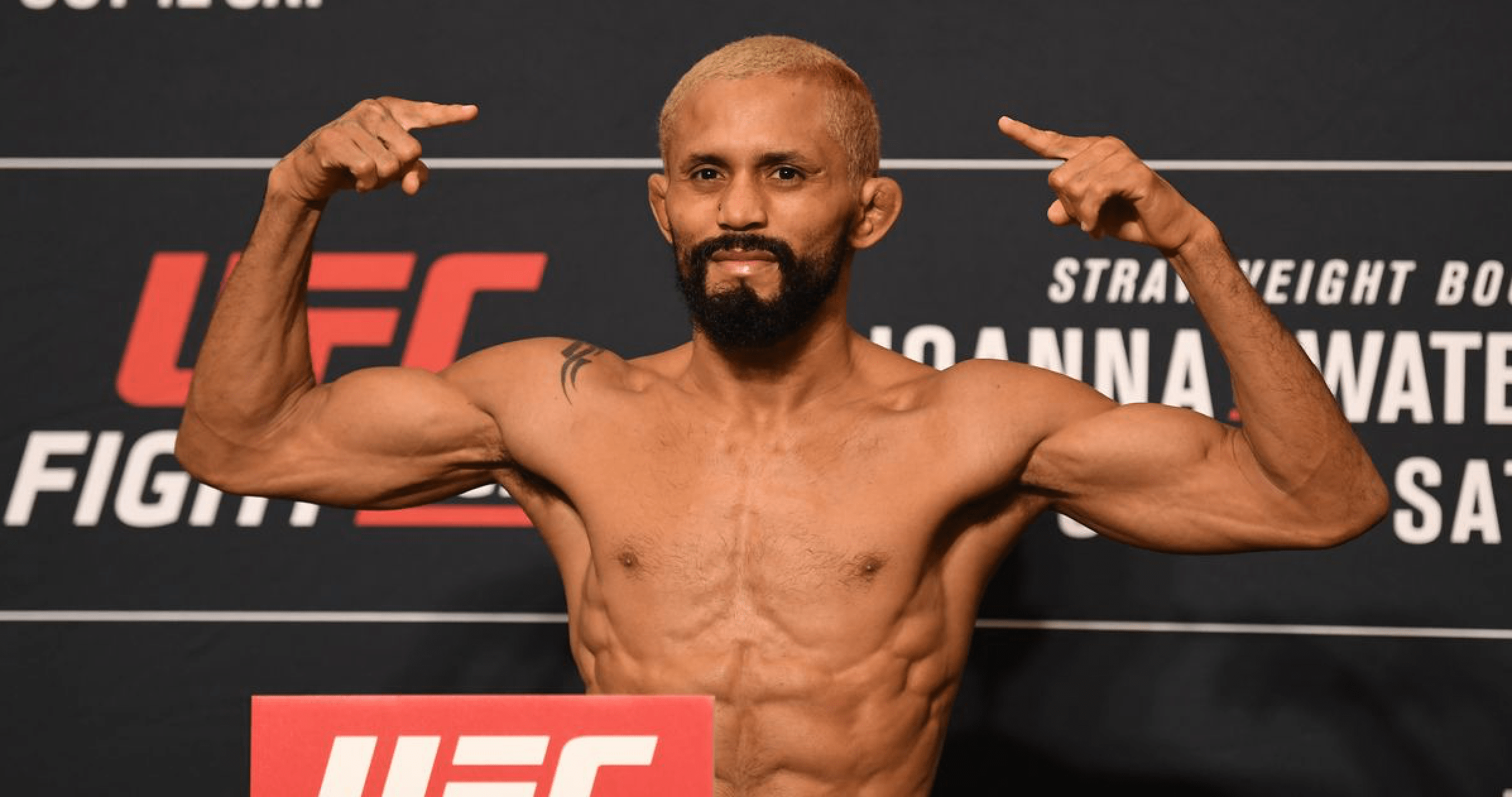 Deiveson Figueiredo is the new UFC flyweight champion, having beaten Joseph Benavidez this past weekend at UFC Fight Island 2. Now that he’s been crowned the new champion, ‘Daico’ has already set himself some pretty big goals.

One goal is to remain the UFC flyweight champion. While another is to become a two-division world champion. Speaking at the UFC 251 post fight press conference (as transcribed by MMA Junkie), Figueiredo elaborated on his plans.

“Now that I have the belt, I have to train very hard. I’m the guy that everyone wants to beat, so I’m the guy everyone is looking at. I’m a guy who doesn’t give up ever, so I had to overcome all those hurdles to get here. It was something I had to do,” said the Brazilian champion.

“I will accept a superfight if they want to give me one. I’ll move up to 135. I want to be a two-division champion but I’m going to defend this belt as well.”

Figueiredo had previously expressed interest in fighting former UFC flyweight champion Demetrious Johnson. However, he is no longer with the UFC and is now competing in ONE Championship. But if ‘Mighty Mouse’ were to ever return, the 32-year-old is game for a matchup between the two.

“That’s definitely a fight that all the fans would want to see – me against Demetrious Johnson. If the UFC wants to bring him back, I’m going to be very happy. I’m going to knock him out and with a lot of pride. I’m very happy to do that.”

Johnson went 14-2-1 in the UFC, and defended the 125lbs title eleven times, before eventually losing to Henry Cejudo in a razor close split decision to Henry Cejudo at UFC 227. Following the loss, ‘Mighty Mouse’ joined ONE, where he has won three straight, winning the ONE Flyweight World Grand Prix in the process. ‘DJ’ is expected to challenge Adriano Moraes for the ONE flyweight title once normal services resume in the Asian promotion.

Who do you think would win if Deiveson Figueiredo were to ever face Demetrious Johnson?