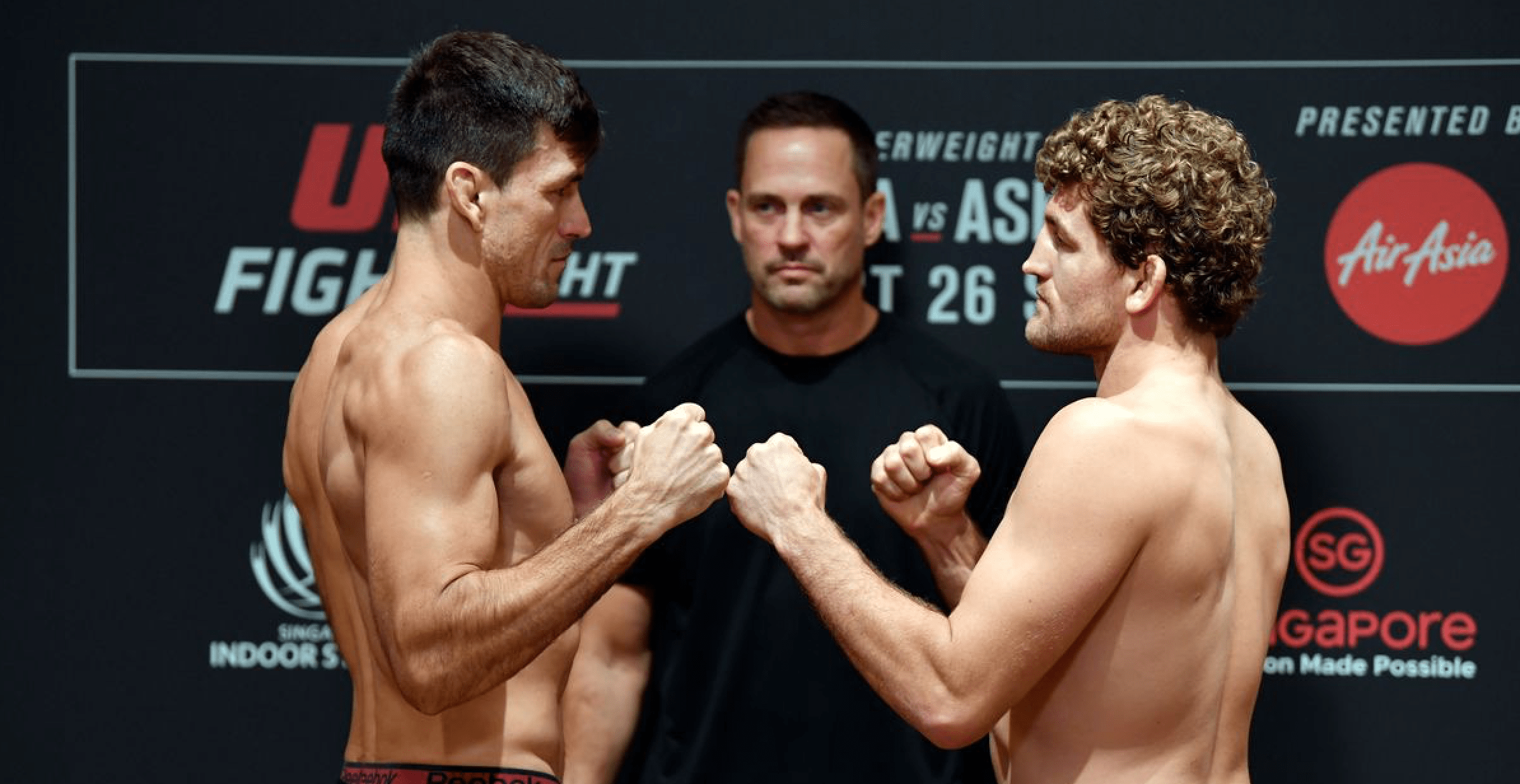 It’s been one year since Ben Askren and Demetrious Johnson were traded between ONE Championship and the UFC. And a year on, they find themselves in very different positions. While DJ has had a very successful year, winning all three of his bouts and winning the ONE Flyweight Grand Prix, ‘Funky’ has lost his last two visits to the UFC Octagon.

Although he won his UFC debut over Robbie Lawler at UFC 235, Askren went on to lose to Jorge Masvidal, via a brutal flying knee knockout after only five seconds at UFC 239. Then three weeks ago, the former ONE Championship and Bellator welterweight champion absorbed a second consecutive defeat, against Demian Maia.

The loss to Maia at UFC Singapore, prompted Askren to tell Ariel Helwani that “retirement is definitely something I’m considering”.

His Brazilian tormentor however gave out encouragement to Askren, in terms of continuing his professional mixed martial arts career. Speaking on The Ariel Helwani Show (as transcribed by MMA News), Maia shared his thoughts on the topic.

“I think he’s still pretty tough. The problem is when he lost to Masvidal a lot of people think, ‘ah he lost in five seconds,’ this kind of thing. But that happens,” Demian said.

Maia explained that a knockout loss doesn’t define a fighter’s legacy or the entirety of his or her career. And thus believes Askren should keep fighting.

“Everybody knows everybody that fights, a knockout can happen. It doesn’t mean that you’re not good and I think he’s one of the toughest guys in the division, and I think he should keep fighting.”

The 42 year old Maia also shed light about how the Askren fares competitively in the UFC welterweight division.

“His game is very hard for everyone in the division. Especially to the guys who [don’t] know really well grappling because he’s gonna take you down for sure, and the way he strikes people don’t understand well.”

“But how he hides his head and how he closes the distance. It’s something that is awkward to figure out. It’s not easy. People just think, ‘oh this guy strikes. He has a beautiful style,’ and people say they think they’re a good striker, but he uses his striking efficiently to do what he wants which is get in the clinch.”