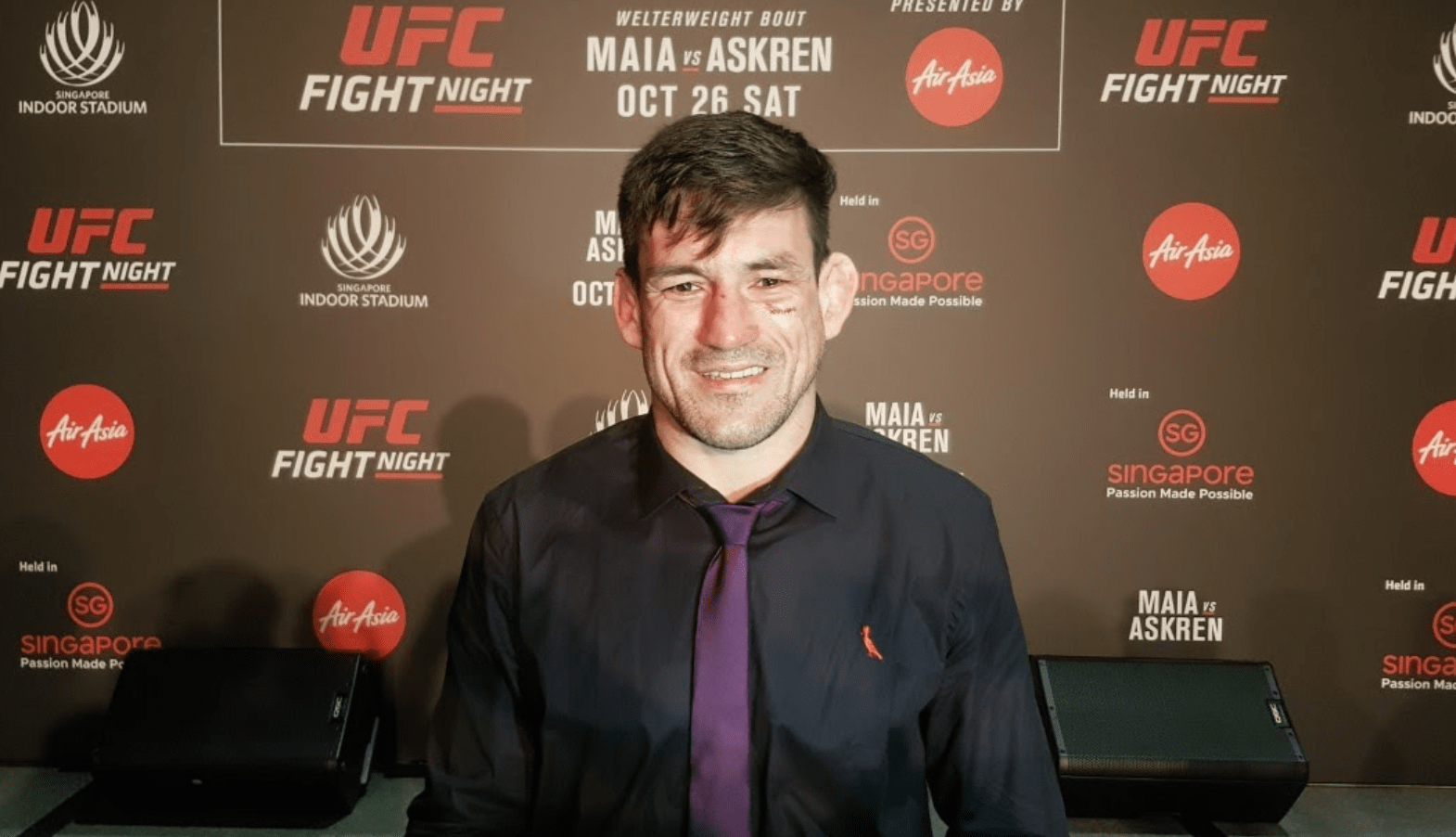 When Demian Maia choked Ben Askren unconscious at UFC Singapore back in October of 2019, he solidified his claim as the greatest grappler in MMA. And while the 42 year old is now eyeing a spectacular matchup with Diego Sanchez on Dana White’s Fight Island, the beloved Brazilian is also reflecting on the role he’s played in the sport.

Speaking with AG Fight (as transcribed by Bloody Elbow), Maia opened up on how he wold like to be remembered, once he eventually hangs up his gloves.

“I’d like to be remembered for being the one responsible for adapting Brazilian jiu-jitsu for modern MMA. For what I’ve learned from fence work and some ground positions. Lots of details I developed after years and years studying them, testing what worked on the mat, against the fence, what kept opponents on the ground, control situations. Lots of content I developed and nobody does it like me.

“There are lots of jiu-jitsu fighters who finish fights and have good MMA jiu-jitsu, but I think I’ve applied techniques which I can teach other people. I focus a lot on that, on how to apply those techniques into modern MMA, which is different from the old one. There is a lot more details. That adaptation is the legacy I left behind.”

When watching a Maia fight, it is common to hear exasperated shouts of “it’s over!” as soon as he secures a single-leg against the cage. His ability to take his opponents back for a rear-naked choke or use a single-leg sweep from bottom position is the stuff of legend. But the humble Demian balks at comparisons between his own legacy and that of the Gracie family.

“I think that’s pretty pretentious. You can’t compare my background to the Gracies’, not only in technique, but in terms of business and marketing. Back in the 50’s, not even a soccer player could a make living from that, but the Gracies made a living out of their fighting gym. They lived in a healthy way, profiting and fighting. Not even soccer was like that. What they did is impressive. I would never say ‘Demian Maia jiu-jitsu’. I created lots of things that became known, but it’s all Brazilian jiu-jitsu.”

Though he lost his last outing to Gilbert Burns last month at UFC Brasilia, Demian Maia is without question a great fighter. And as the saying goes, ‘A great fighter always has one great fight left in them’. Here’s hoping for a Fight Island Legend’s League where the likes of Maia and Sanchez can dazzle crowds once (or even twice) more.

If it’s up to Demian Maia and Diego Sanchez, we will see them there!