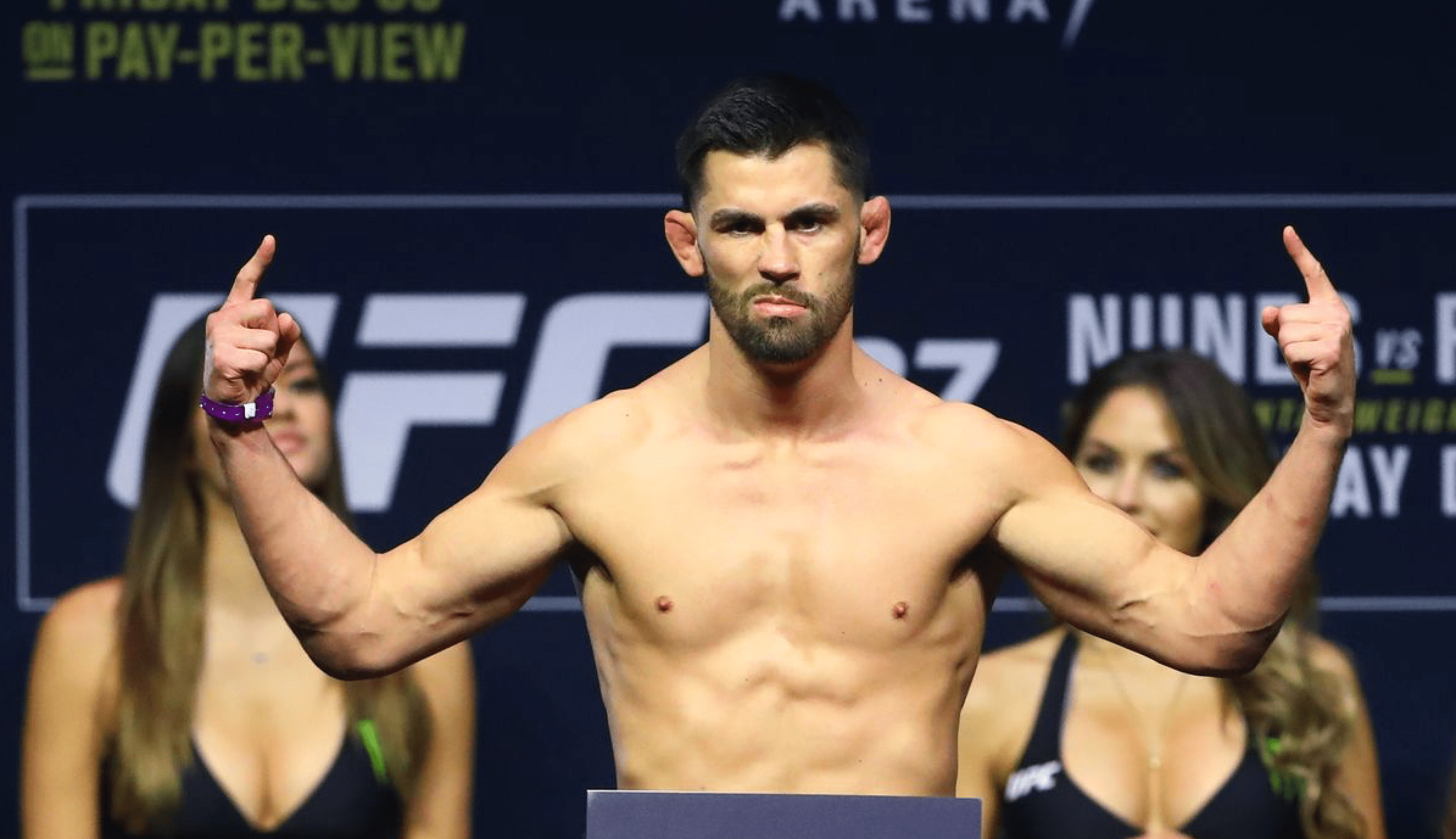 Dominick Cruz’s latest injury nightmare looks to be over. The former UFC bantamweight champion has said that he expects to return to the UFC Octagon in the next six months and has set his sights on going up against Henry Cejudo on his return.

Cruz last fought in December of 2016, when he lost his title to Cody Garbrandt via unanimous decision. Then he failed to meet Jimmie Rivera (December 2017) and John Lineker (January 2019), due to injuries. Now he braces for a homecoming inside the Octagon.

Speaking to Brendan Schaub on his Food Truck Diaries (as transcribed by BJPenn.com), Cruz shared his status and timetable for his anticipated return to action.

“Within the next six months. I’m healthy, this year I will fight. As long as everything stays in line as it has. I learned that a lot of what was stopping me is just been keeping focused on the now and not worrying about things you can’t control. Just training and keeping my body strong.”

And with the former UFC 135lbs champion announcing his comeback, he stated that he wants his return to be against the current 135lbs champion, Cejudo. Who like him, is also coming off a shoulder surgery.

“It’s just like, let’s do this, I’m right here, I’m finally healthy. We’re both coming off shoulder surgery, we’re both from Arizona, we were both on the same national wrestling team. I know his style. I know everything about him. I know his background. I know how he grew up,” Cruz revealed.

Cruz went on to say that Cejudo needs to beat him, if he wants to claim to be the best, instead of calling out Jose Aldo, who is coming off a loss. Albeit a razor close split decision loss to Marlon Moraes at UFC 245.

“He’s the title holder, he’s got an Olympic title and thinks he’s a ’25-pound and ’35-pound champion. That’s the guy to beat, and he wants to say that he’s the GOAT, you’ve got to beat me, bro. It’s plain, simple, period,” Cruz confidently declared.

“Realistically, fighting me makes you the best in the division if you can beat me, but I think you know the truth, that’s why you’re going towards an Aldo that lost to Moraes, who you beat.”

Cejudo last fought in June at UFC 238, where he stopped Moraes in the third round, to win the vacant bantamweight title. The title had been stripped from TJ Dillashaw, after he tested positive for EPO in his fight with ‘Triple C’ a year ago, when Henry successfully defended his flyweight title at UFC Brooklyn.

The 32 year old Cejudo recently relinquished his flyweight title and will concentrate on defending his bantamweight belt.

Would you like to see Dominick Cruz face Henry Cejudo?