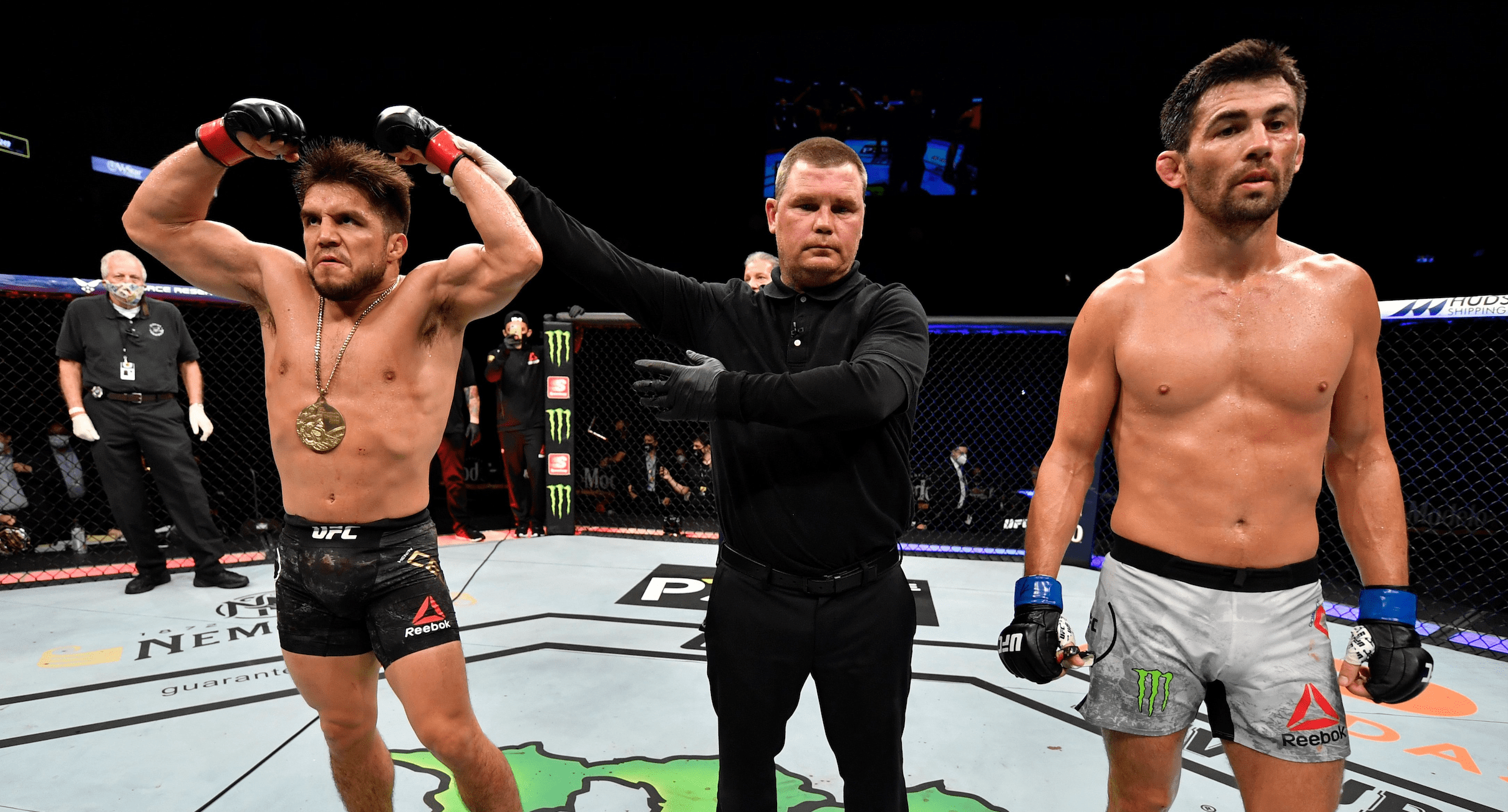 Dominick Cruz’s last Octagon outing was one to forget as he was TKO’d in the second round by defending champion Henry Cejudo in a bantamweight title fight at UFC 249. Nine months on and ‘The Dominator’ still isn’t happy with how the fight ended, still believing that referee Keith Peterson stopped the fight ‘prematurely’.

After the fight, Cruz accused Peterson of smelling of ‘alcohol and cigarettes’. In an interview with ESPN (as transcribed by LowKick MMA) ahead of his return to the Octagon against Casey Kenney at UFC 259, the former bantamweight champion gave his thoughts on Peterson and the Cejudo fight.

“I believe Keith Peterson gave him (Cejudo) a nice gift with that [stoppage],” Cruz said. “I was, you know — yeah I got hurt and I shouldn’t have put myself in that position but I was — if you talk to the refs, and you talk to anybody — you have a couple things you need to do in order to keep the fight going. You need to be defending yourself and you need to be working into a better position. I was doing both of those things when the fight got stopped.”

Cruz’s loss to Cejudo was only the third of his illustrious career. And while he accepts his first two losses, to Urijah Faber and Cody Garbrandt, the 35 year old believes he lost unfairly to ‘Triple C’.

“You can’t be knocked out when you’re standing up on your feet while someone’s hanging on you — like I was okay,” Cruz said. “So it was hard for me to get stopped when it wasn’t — it was a premature stoppage 100%. I don’t believe I lost that fight, I believe Keith Peterson took that fight. Now I say that, in the midst of somebody who always takes responsibility for their losses. I lost to Cody Garbrandt. I think I probably won two out of five of those rounds against Cody, but he won three out of five, so I would say he won that fight. And I take responsibility for losing that fight [against Garbrandt]. This fight [against Cejudo] was different — that’s what was tough about it.”

Although he can’t demand that Peterson has no part in his future fights, Cruz revealed that he is going to request the authorities to keep the referee from officiating his fights.

“I’m gonna definitely request — and I can only hope and pray that the commission honours my request to not have him in my corner — or refereeing my fight,” Cruz said. “I can’t guarantee it, the commission does whatever they want and I respect them and their decisions, but I don’t believe he’s a competent ref with the way he treated my fight and the way he treated it before the fight happened.

“The way that I saw him going through the rules in the back — I’ve never had a referee that I’ve had to say, ‘Hold on, hold on, stop. Can you start all over again? I can’t understand anything you’re saying. And you’re not looking me in the eyes, are you here? Are you present?’ And I don’t know if he was nervous, or if he had something going on — but I never dealt with that. I’ve had twenty fights, twenty-five fights close to.”

Although he retired immediately after beating Cruz, Cejudo has continued to tease of a return to the Octagon. In particular, stating that he would come out of retirement to challenge Alexander Volkanovski for the UFC featherweight title.

Cruz however, believes the UFC and Dana White don’t care about the former two-division champion anymore.

“I don’t think [he comes back],” Cruz said (as transcribed by BJPenn.com). “He has this thing where he thinks that he’s worth millions and millions of dollars, and I think that Dana doesn’t care. So probably not, because he wants a certain amount of money before he’ll come back and fight, and I don’t know if he’ll ever get that.”

Not only does Cruz believe Cejudo is playing it safe on the sidelines by asking for more money than the UFC are prepared to pay him, he believes that the Olympic gold medalist has made himself a laughing stock.

“You look at the rest of the division, Petr Yan and Aljamain Sterling, two contenders that are fighting for the belt coming up, those guys aren’t asking for a ton of money, and they’re going to bring a crazy fight to the table,” Cruz said. “Why would you bring back Cejudo, who’s playing it safe on the sidelines? For what? He doesn’t bring any extra views. If you’re a Conor McGregor, if you’re a Ronda Rousey, yes, you’d figure it out. But if you’re Henry Cejudo? He doesn’t bring some sort of awe factor to these fights to where everybody can’t wait to tune in to watch. They’re just kind of laughing at him. He’s cringey.”