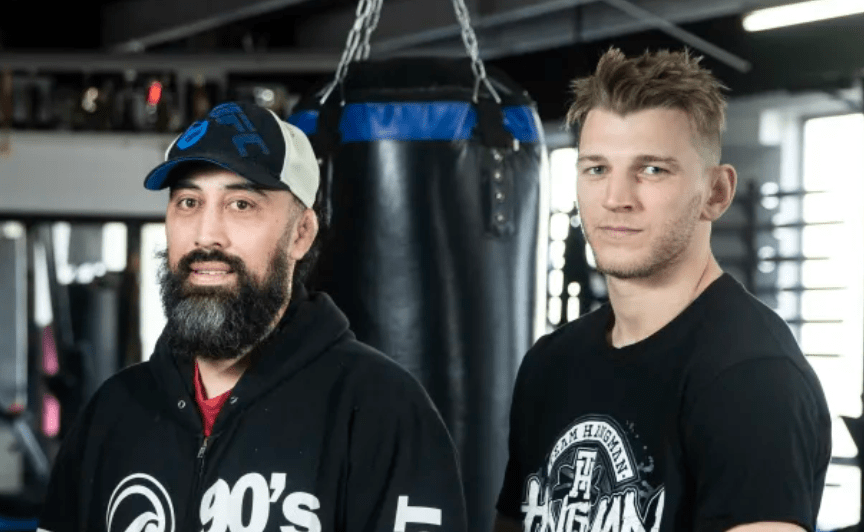 The UFC 257 co-main event between Dan Hooker and the debuting Michael Chandler was arguably just as highly anticipated as the night’s headliner between Dustin Poirier and Conor McGregor.

And the bout certainly did not disappoint as Chandler astonishingly put away Hooker in the very first round via TKO. This would mark the New Zealander’s second loss in a row, after dropping a unanimous decision to Poirier at UFC Vegas 4 last June.

Following the loss, a disappointed Hooker threw his gloves into the Octagon in frustration at his performance. His head coach Eugene Bareman however, has put the loss down to the fact that anyone can beat anyone on their day in the top ten of the UFC lightweight division.

“That’s Just How It Is At The Top End”

In an interview with Combat TV (as transcribed by MMA Junkie), Bareman said that he wasn’t overly concerned with Hooker’s loss, given how stacked the UFC’s 155lbs division is.

“Top 15 guys, nothing separates them,” Bareman stated. “Like I said, it’s equivalent to a 100-meter sprint. Between number one and number ten, there’s less than a second difference.

“So it’s not any different in the top ten, top five of the UFC. You’re separated by nothing. On any particular day, anyone can win, anyone can be champion. It’s just how close it is. That’s just how it is at the top end.”

Bareman, who was unable to corner Hooker at UFC 257, believes that despite the loss his pupil will receive another high profile opponent soon. And the City Kickboxing head coach has an eye on a potential matchup with McGregor, who also suffered a TKO loss in main event against Poirier.

“A lot has to come together for these fights to get made, but that’s definitely a possibility, so I’ll definitely put that out there,” Bareman commented on a potential fight between Hooker and McGregor. “Like I said, anything can happen. We obviously didn’t expect to lose, Conor didn’t expect to lose. This game is ruthless, but the flip side of it is that this isn’t boxing.

Would you like to see Dan Hooker vs Conor McGregor?