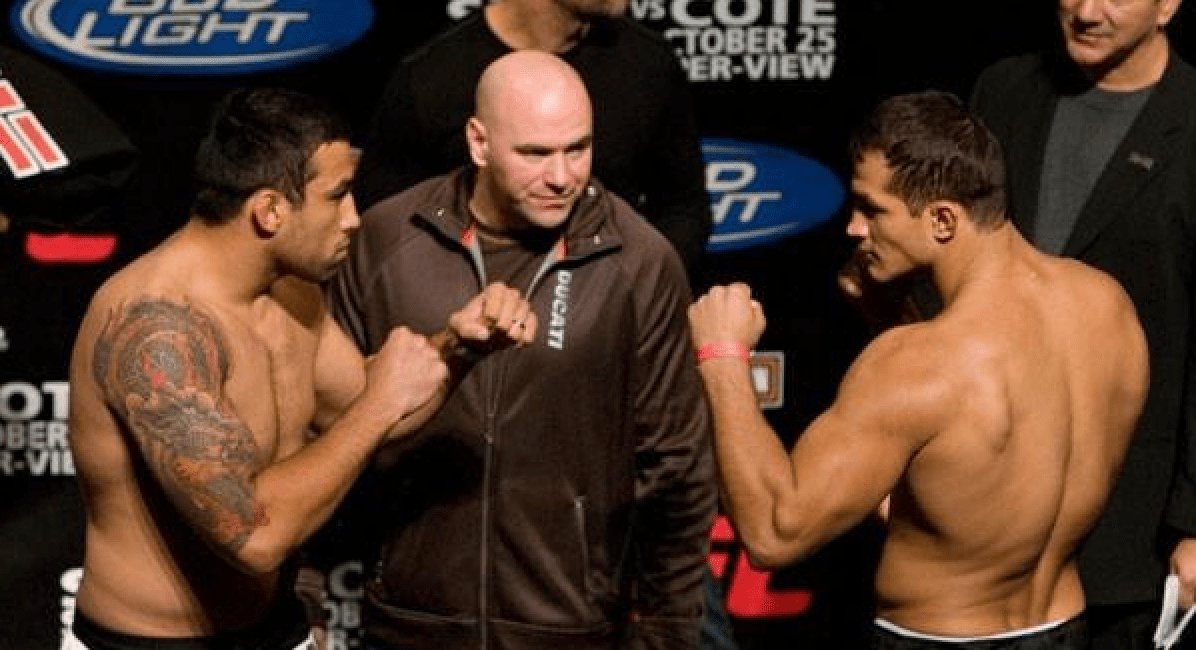 Following a two year suspension from the United States Anti-Doping Agency (USADA), Fabricio Werdum is set to return in May of next year. And according to the Brazilian’s long time manager Rafael Cordeiro, his man wants a rematch Junior dos Santos on his return to the UFC Octagon.

“I’m waiting for the time to see [Werdum] back. I think the suspension ends in April. It was a pretty unfair decision what USADA did to him. They really couldn’t find anything, couldn’t show what they found.

“It was very sad for us in that sense, to be waiting so long for him to fight again. But he’s a cheerful guy, that’s the strongest part of him. He is training three times a week with us here, doing jiu-jitsu with [Rubens] Cobrinha and [Romulus] Barral. He’s focusing on the athletic part.”

After suffering a fourth round knockout loss to Alexander Volkov at UFC London in March of 2018, Werdum was scheduled to fight Alexey Oleynik at UFC Moscow the following September. However, the 42 year old was tested positive for trenbolone in May and received a two year suspension from USADA.

“We believe that 2020 will be a great year with the return of our champion and will surely return to fight for the title. A fight with ‘Cigano’ would be very interesting. I don’t know about the Gypsy (Tyson Fury), but on Werdum’s side, it’s something he’s wanted for a long time.

“When Werdum was the champion, it didn’t make much sense, but now with both of them coming off defeats, it would be interesting. They are two great athletes and a rematch would be a good round for the champion.”

Dos Santos shocked the world when he knocked out Werdum in under ninety seconds in his UFC debut, back in 2008 at UFC 90. ‘Cigano’ went on to win the UFC heavyweight title in 2011. While Fabricio became the UFC heavyweight champion in 2015. They both won the belt by beating Cain Velasquez.

‘Cigano’ was scheduled to fight Volkov in last month’s UFC Moscow main event but was forced to withdraw due to a serious bacteria infection in his leg. He will now instead face Curtis Blaydes in the main event at UFC Raleigh, on January 25th.

Would you like to see Fabricio Werdum vs Junior dos Santos in 2020?