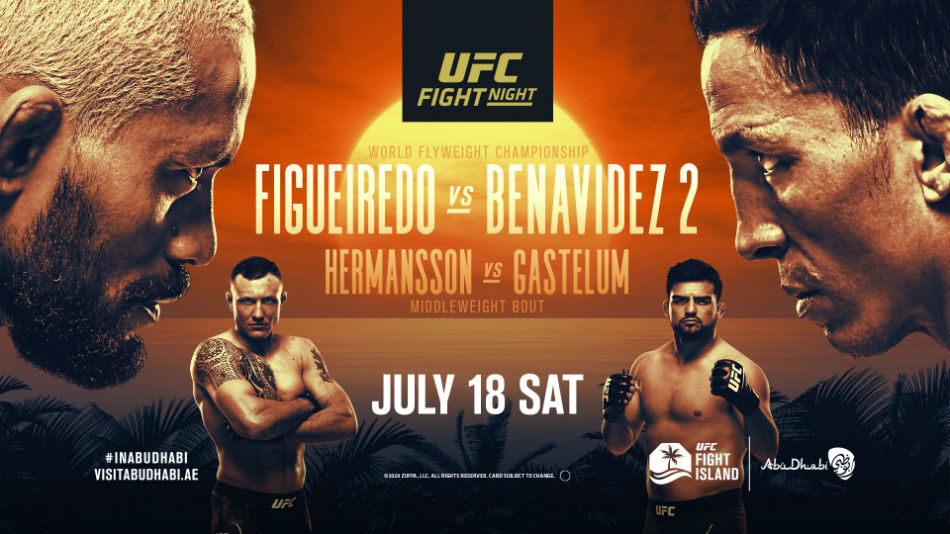 UFC Fight Island 2 goes down on Saturday night on Yas Island in Abu Dhabi. In the main event, Deiveson Figueiredo and Joseph Benavidez will face off once again for the vacant flyweight title. The number one and two ranked UFC flyweights met earlier this year for the title at UFC Norfolk, but after ‘Daico’ missed weight and then won via knockout following an accidental headbutt, Dana White said it was a ‘no brainer’ to rebook the fight.

The UFC Fight Island 2 co-main event sees a top ten clash in the middleweight division, with Jack Hermansson taking on Kelvin Gastelum. ‘The Joker’ is coming off a loss to Jared Cannonier last September at UFC Stockholm. The loss saw the Swede’s four fight winning streak come to an end.

Gastelum will also be looking to get back inside the winner’s circle, having lost to Israel Adesanya and Darren Till in 2019. Prior to that, the 28 year old had scored back-to-back wins over Michael Bisping and ‘Jacare’ Souza.

Ahead of UFC Fight Island 2, all 24 fighters made weight.

This is how the MMA world reacted to UFC Fight Island 2: