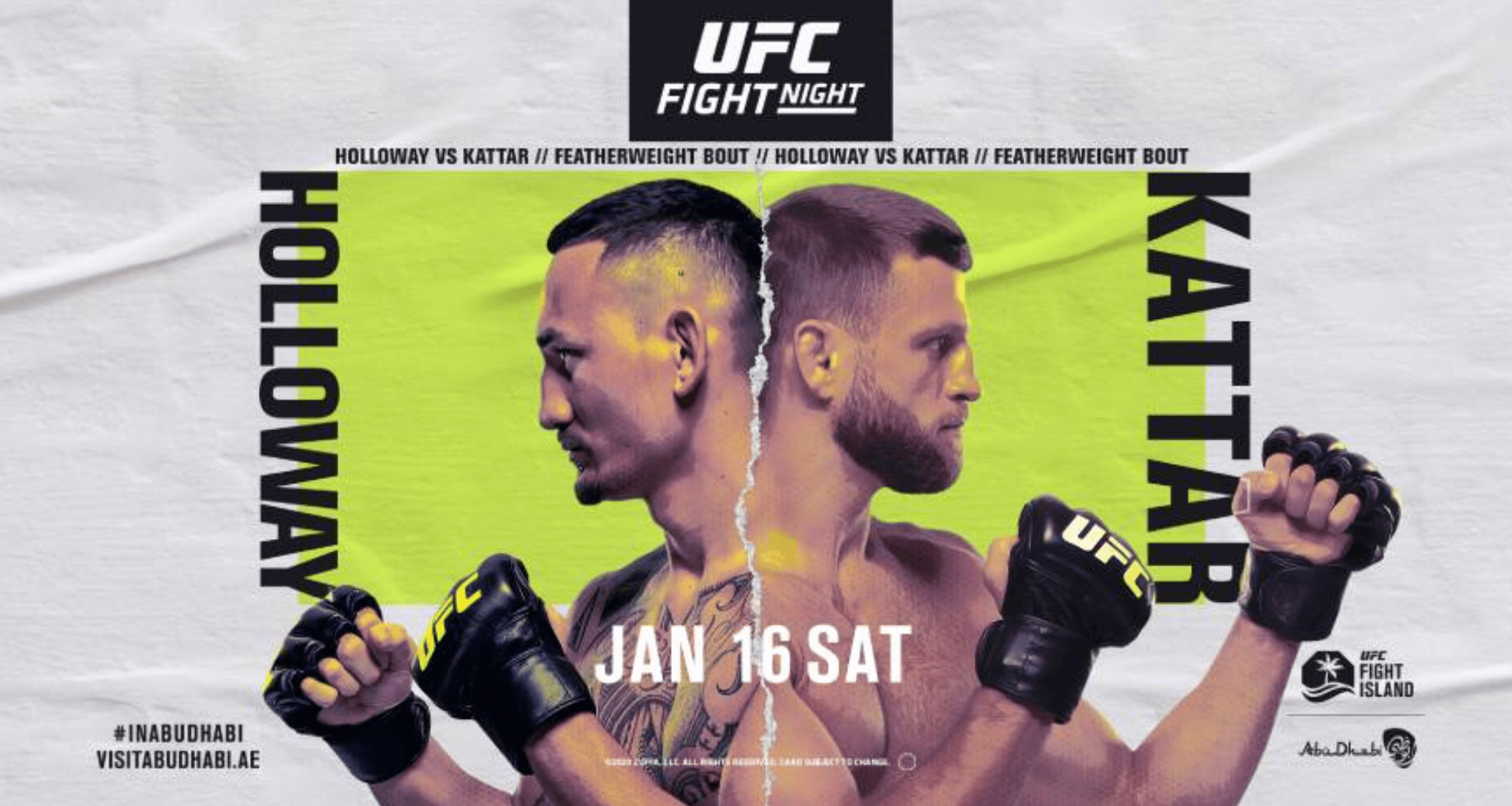 UFC Fight Island 7 goes down this weekend in the Etihad Arena on Yas Island, Abu Dhabi. The UFC’s first event of 2021 will have fans in attendance for the first time since UFC Brasilia ten months ago. In the main event, Max Holloway competes in his first non-title fight in five years, when he takes on the number six ranked featherweight, Calvin Kattar.

‘Blessed’ is coming off back-to-back razor close losses to Alex Volkanovski. The second of which, at UFC 251, many believe he won. The two losses to the Australian ended Holloway’s 13 straight wins at featherweight. Kattar on the other hand, is on a two fight win streak, having scored wins over Jeremy Stephens and Dan Ige last year.

In the UFC Fight Island 7 co-main event, Carlos Condit and Matt Brown finally get to meet inside the Octagon, after the latter was forced out of their two previous scheduled bouts due to injuries. ‘The Natural Born Killer’ got back to winning ways last October at UFC Fight Island 4, when he beat Court McGee to end his five fight losing streak. While ‘The Immortal’ is coming off a loss to the undefeated Miguel Baeza at UFC Florida.

Elsewhere on the card, Santiago Ponzinibbio returns from a 26 month lay off due to injuries and health concerns against Li Jingliang, and Alessio Di Chirico takes on Joaquin Buckley, who scored the knockout of the year in 2020.

Dana White also confirmed on the broadcast that Khabib Nurmagomedov told him that he has not completely ruled out fighting again.

This Is How The MMA World Reacted To UFC Fight Island 7:

We’ll add more videos in the hours that follow the main event.

The UFC returns on Wednesday with UFC Fight Island 8, which features a top ten welterweight clash between Michael Chiesa and Neil Magny in the main event. Then three days later, Conor McGregor returns against Dustin Poirier at UFC 257.