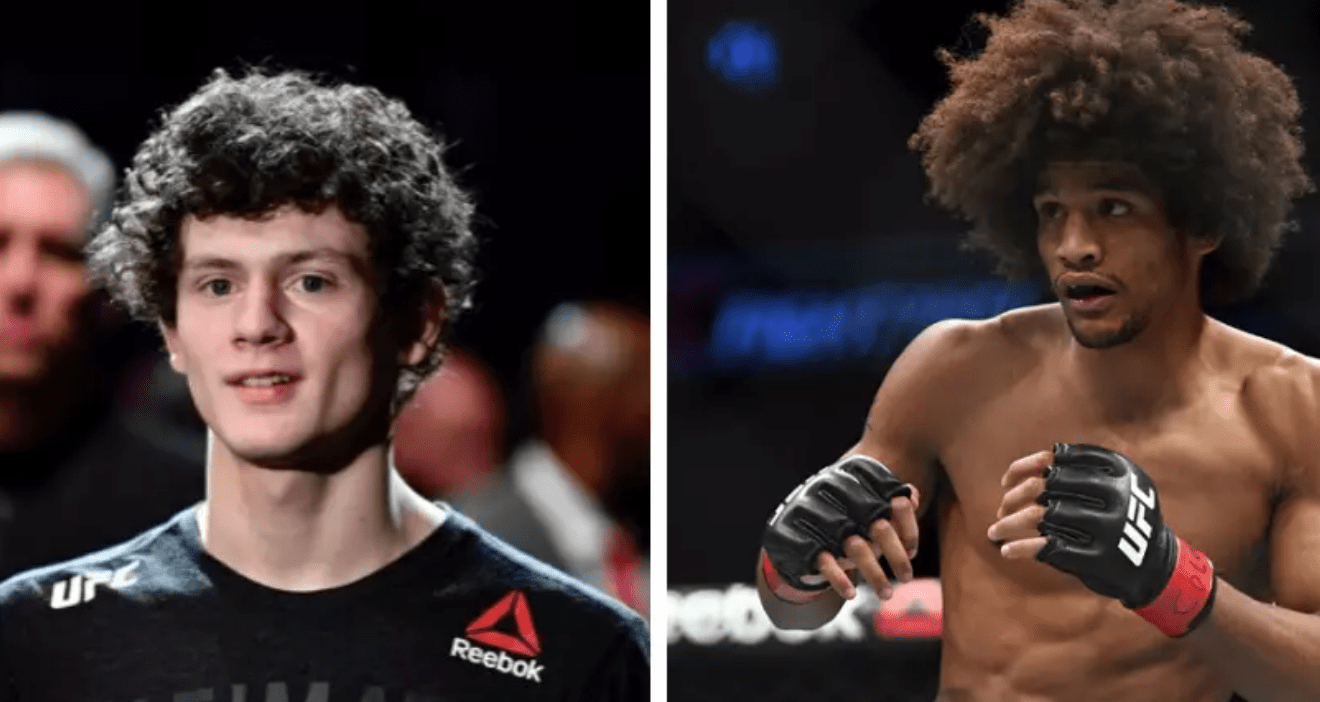 Chase Hooper is set to make his second appearance under the bright lights at UFC 250. The undefeated featherweight had an impressive promotional debut, when he stopped stopped Daniel Teymur with some brutal elbows from full mount at UFC 245. The American southpaw is just 20 years old and is already on track to become a threat to the 145lbs division.

Standing in his way is UFC veteran Alex Caceres. This four-time performance of the night recipient has a unique and eye catching striking style that could prove difficult for the youngster. Despite a patchy career in the Octagon, ‘Bruce Leeroy’ owns the best significant strike accuracy in the division, so don’t blink when this one goes down on June, 6th.

Multiple sources confirmed to MMA Fighting that a previously scheduled welterweight fight between these two has been rebooted for June 20th. It was reported that Lyman Good tested positive for COVID-19 earlier in the year which put a definitive end to their fist matchup. However, the ‘American Cyborg’ has made a full recovery and will be looking to continue his winning ways, after his TKO victory over Chance Rencountre at UFC 244.

Facing him from across the Octagon will be his former Bellator rival, Belal Muhammad. The Chicago based fighter has won six of his last seven fights and recently scored an impressive submission win over Takashi Sato.

These fiery flyweights will be looking to put on a show for the fans in an attempt to stand out in the stacked women’s 125lb division.

Cortney Casey landed a sweet armbar on Mara Romero Borella in her last outing just last week at UFC Jacksonville, which earned her the number 15 spot in the latest UFC women’s flyweight rankings. However, Gillian Robertson will be battling for redemption, following her TKO loss to Maycee Barber at UFC Boston at the end of last year. Both women are slick on the ground and we can expect to see their grappling attributes put to good use next month, when they get their chance to cement their place in the division.

Tecia Torres became a serious contender in the women’s strawweight division back in 2017, when she submitted Michelle Waterson to complete a three fight win streak. Unfortunately for ‘The Tiny Tornado’, her last four appearances have all ended in defeat. Torres has shown glimmers of brilliance in the striking department lately but this could be her last chance to prove that she belongs in the UFC.

In stark contrast to Torres, Brianna van Buren is riding a four fight win streak and has gone 7-2-0 as a professional so far. Her high level MMA wrestling and fight IQ pose a real threat to Tecia, who will need to put everything into this fight, if she wants to remain in one of the sport’s top promotions.

These two Brazilian flyweights are expected to throw down on June 27th. Both Jennifer Maia and Viviane Araujo are coming off of big losses but are ranked fourth and seventh in the women’s 125lbs rankings respectively.

In the last few hours, the UFC has also announced the full fight card for their fight night on May 30th, which is set to go down at the UFC APEX in Las Vegas and be headlined by Tyron Woodley vs Gilbert Burns.

UFC president Dana White has also updated fans and media about his big plans for ‘Fight Island’. Speaking to Jon Anik (transcribed by MMA Mania), the UFC boss said he plans on living on the island for the whole of July.

“Right now, we’re looking at June and we’re literally going to knock out three or four fights there in a month. I’m going to stay on the island for a month. I’ll probably be there the whole month of July.”

Which new matchup are you most looking forward to watching?

Several sources have reported that an exciting top 10 featherweight clash between Josh Emmett and Shane Burgos is in the works for the UFC’s June 20th card.

After being knocked out by Jeremy Stephens two years ago, Emmett bounced back with two straight wins last year, finishing both Michael Johnson and Mirsad Bektic. While Burgos has successfully come back from the only loss of his career, where he lost to Calvin Kattar two years ago, with three straight wins.