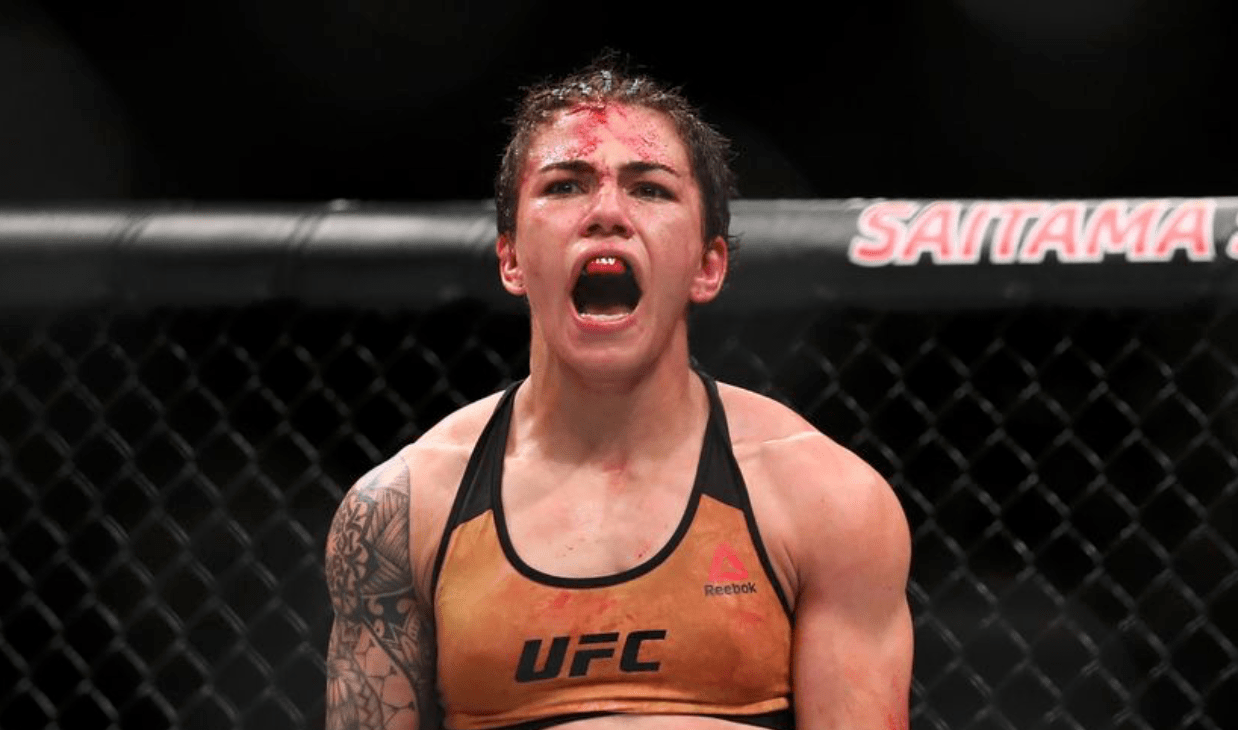 There have been several big UFC fight announcements in the last few hours. Including the former UFC strawweight champion Jessica Andrade moving back up to flyweight to fight the former 125lbs title challenger, Jessica Eye.

According to ESPN‘s Brett Okamoto, Jessica vs Jessica is in the works for the UFC’s October 17th card. Andrade is coming off back-to-back losses at strawweight, losing the title to Zhang Weili and then more recently, losing a razor close split decision to Rose Namajunas at UFC 251.

Since losing to Valentina Shevchenko at UFC 238 fighting for the flyweight title, Eye has missed weight in both her last two fights. The first of which she won against Viviane Araújo at UFC 245, before losing the second to Cynthia Calvillo last month at UFC Vegas 2.

Okamoto has also confirmed that a top ten heavyweight clash between Alexander Volkov and Walt Harris has been added to UFC 254, set for October 24th. While we don’t know the location yet, we do know that this card will be headlined by the lightweight unification bout between Khabib Nurmagomedov and Justin Gaethje.

Volkov is 5-2 in the UFC but is coming off a loss to Curtis Blaydes at UFC Vegas 3 last month. While Harris will be looking to bounce back from an emotional night at UFC Jacksonville, where he lost to Alistair Overeem.

A heavyweight clash between Yorgan De Castro and Carlos Felipe has been added to the UFC’s October 3rd card. And Jorge Gonzalez is set to make his debut in the promotion against Ike Villanueva, in a light heavyweight clash at UFC 252 on August 15th.

Manel Kape is out of his highly anticipated promotion debut at UFC 252 against Rogerio Bontorin. The former RIZIN FF bantamweight champion has reportedly injured his ankle.

Ariel Helwani has reported that the UFC has made a request to the Nevada State Athletic Commission (NSAC) for a permit to promote UFC 253 on September 19th at the the APEX Center in Las Vegas. UFC 253 is set to be headlined by the middleweight title fight between Israel Adesanya and Paulo Costa.