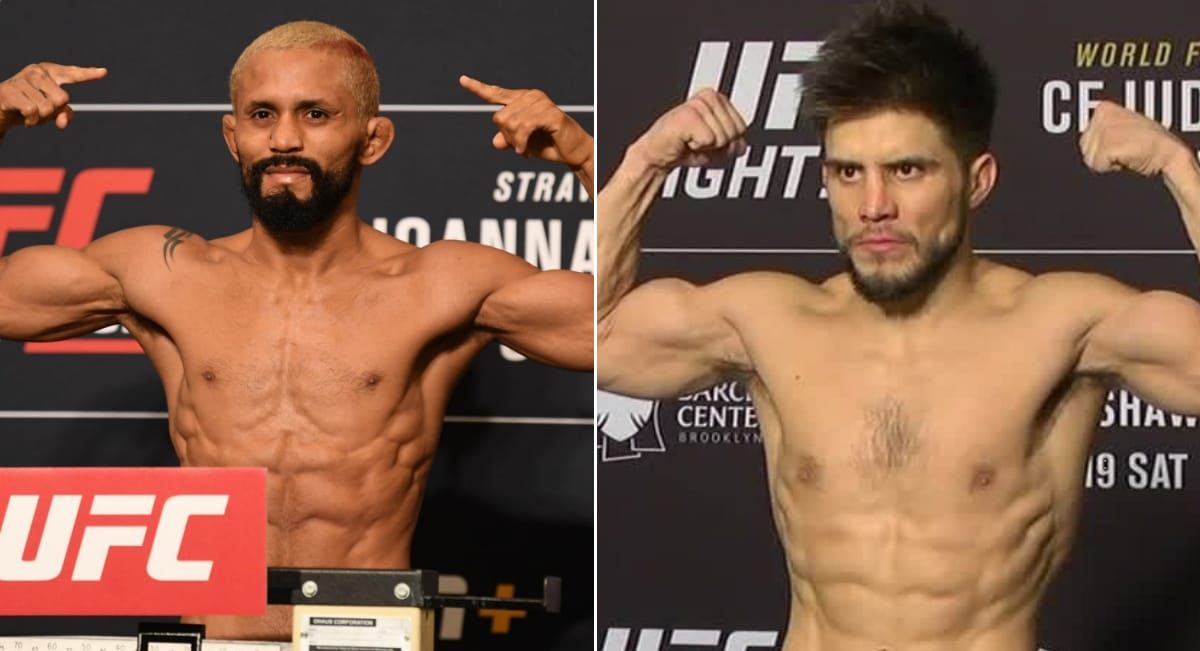 UFC flyweight champion Deiveson Figueiredo is visibly annoyed with Henry Cejudo’s constant trash talking, and wants to settle some personal scores with the former two division champion after he is done with Brandon Moreno.

Figueiredo fought Moreno to a majority draw at UFC 256 last month, and wants to run it back with the Mexican in the summer.

Speaking to Ag Fight (as translated by Bloody Elbow), Figueiredo said that he wasn’t at his best at UFC 256 due to health issues, but promises to finish Moreno in the rematch.

“This Moreno fight, in my opinion, it requires patience,” Figueiredo said. “I want the time to fix some problems in my game. I see it happening in May or June. I’m not in a hurry and the rematch will happen. I want to be ready to knock him out. I’ll be 100% the next time. He showed great resilience, but I was hindered [with an intestinal infection prior to the fight]. I was at 50% in that fight. When I’m 100%, I’ll be ready to knock him out or submit him. You can be sure of that.”

Cejudo has directed several crude barbs at Figueiredo on social media in the past few months, calling him “bum fighter of the year”, among other things.

The former flyweight and bantamweight champion’s swipes have clearly vexed Figueiredo, who wants a piece of him down the road.

“Cejudo is a joker,” Figueiredo said. “He talks too much, he is a loud mouth. I really want to beat up that guy and knock him out. I can’t wait. I’ll shut up Moreno and move on to Cejudo. They talk too much. They know my potential, they know how bad I am. I’m even worse when provoked like that.”

Cejudo is an Olympic gold medalist in freestyle wrestling, and is considered one of greatest combat sport fighters of all time. But none of his achievements intimidate the reigning flyweight champion, who is confident he will knock ‘Triple C’ out inside the Octagon.

“He’s going to pay for what he’s been saying,” Figueiredo stated. “He thinks he’s a wrestler, but I’m a marajoara fighter. I’ve beaten lots of wrestling guys. I’ll knock that guy out. Or I’ll take him down and submit him. I’ll show that his wrestling is no match for my jiu-jitsu and marajoara fighting. I’ll defend my division’s title and then I’ll call out Cejudo to my division. He better be sure I’ll knock him out. Then I’ll accept a rematch anywhere.”

How do you think a fight between Deiveson Figueiredo and Henry Cejudo would play out?