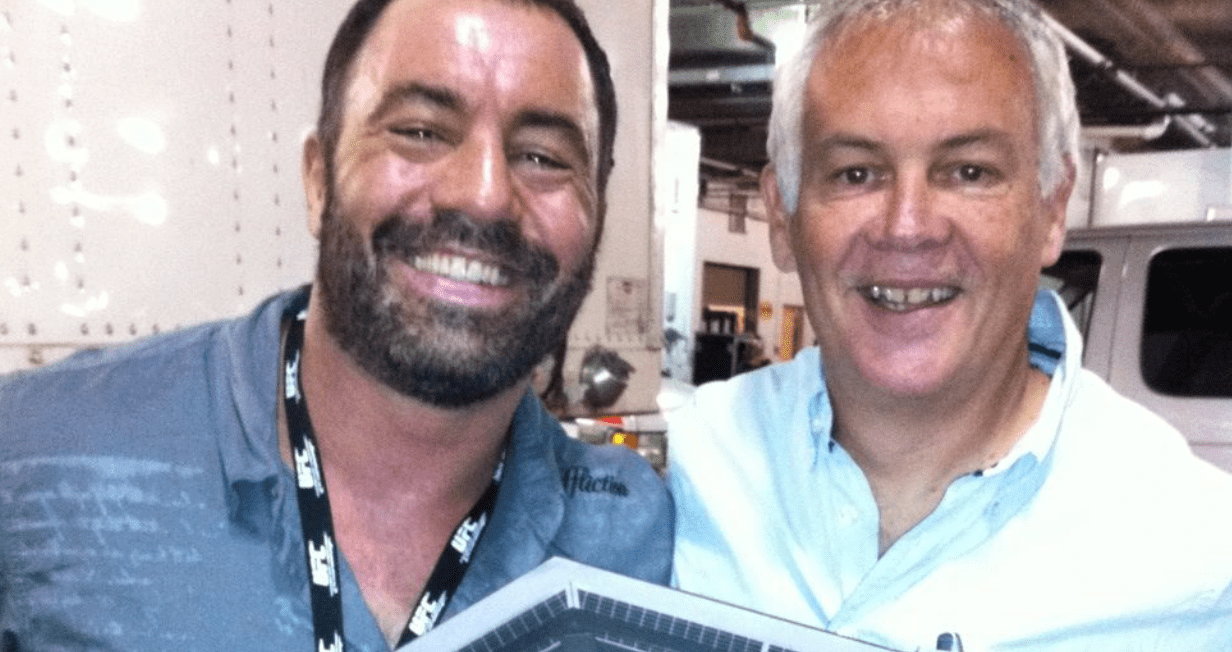 UFC commentator and analyst Joe Rogan is arguably one of the most popular names in all of mixed martial arts.

Rogan has been an integral part of the UFC since 1997, beginning his career with the organisation as a backstage and post-fight interviewer, and was initially hired because he was an aspiring comedian who could handle “hecklers”.

In an interview with SiriusXM (as transcribed by BJPenn.com), Campbell McLaren, one of the founders of the UFC, shared exactly why he hired Rogan.

“Joe came in at UFC 11,” McLaren said. “Even by [UFC] 11, we still didn’t have a grip on things. It was so unpredictable. We would run out of fighters but we’re still doing the tournaments, and guys would get hurt, and you couldn’t predict anything. We had no idea what was going to happen.

“I had a background in comedy, and I knew a comedian that could handle hecklers would be very ready for the UFC—for the Ultimate fighting Championship—because they could handle it. I could go ‘Joe, we’re running late, you’ve got to talk to them for five more minutes, tell this guy to shut up.’ And Joe, I believe he’d had a couple of professional kickboxing bouts, he had that Boston tough guy thing. He was quick on his feet, he had a good sense of humour, and boy, did he drink the Kool-Aid.

“He came in, and he was very good at making it look like what was happening was not a disaster about to really spin out of control. It was his ability to handle hecklers as much as anything, and thinking on [his] feet, going with the flow, because you couldn’t map out what was going to happen back then. It was really tough back then, and he was such a great addition. I think Joe’s one of the best announcers in sports. He’s certainly the best podcaster.”

Rogan began practicing karate at 13 years old, and then made the transition to Taekwondo at 15, where he quickly earned a black belt and won numerous titles. Years later, after switching his attention to comedy, the now 53 year old took up Brazilian Jiu-Jitsu, studying under Royce Gracie’s cousin Carlson Gracie. In 2012, he received his black belt in 10th Planet Jiu-Jitsu, awarded to him by Eddie Bravo.

McLaren, who is now the CEO of Combate Americas, created the UFC with Art Davie, Rorion Gracie, and Bob Meyrowitz in 1993.

Do you have a favourite Joe Rogan moment in the UFC?