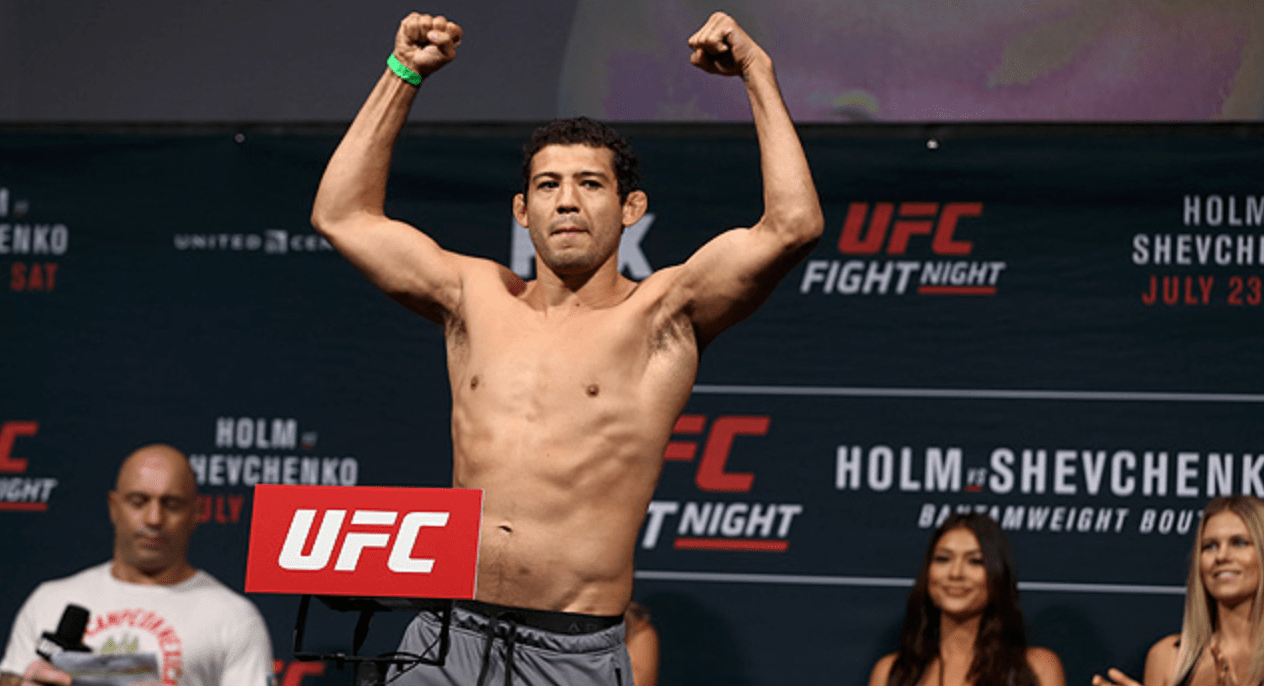 The United States Anti-Doping Agency (USADA) has suspended Gilbert Melendez for two years, after he tested positive for GHRP-6, a banned growth-hormone-releasing peptide, on October 16th, 2019.

Melendez however, was released from the UFC four days prior to this, on October 12th. USADA stated that ‘El Nino’ didn’t object to the positive tests result but argued the case that he was no longer on the UFC roster at the time. USADA responded by stating that they were not informed of this and that if Gilbert had known he had been released from the promotion, he wouldn’t have agreed to take the test.

In their statement, USADA confirmed that Melendez’s two year suspension was retroactive to November 1st, 2019, the date of his initial provisional suspension.

Speaking to ESPN, Melendez said that as an inactive fighter, he can put anything he wants into his body.

“I’m an inactive fighter. I was released from the UFC before this test was taken. I believe [USADA] has no jurisdiction over me. … I’m a private citizen and it’s no one’s business what I’m putting into my body at that point.”

The good news for Melendez is that the two year suspension only relates to the UFC. The 38 year old is free to fight in other promotions. Although, most promotions will most likely adhere to USADA’s ruling.

“In USADA’s release, I believe they failed to recognise that all the arbitrator awarded them was that I can’t fight in the UFC for two years — which I wasn’t going to do anyway, because I was released.”

The former Strikeforce champion did however hint that he is now “retired and focused on recovering my body”. Melendez, who signed to the UFC in 2012 with a professional record of 21-2, lost six of his seven fights in the promotion. Including his last fight at UFC 239, where he lost to Arnold Allen via unanimous decision.

Melendez was also suspended for one year in 2015, for testing positive for exogenous testosterone metabolites. ‘El Nino’ now works as an MMA analyst for ESPN.

Do you think USADA were right to suspend Gilbert Melendez for two years?