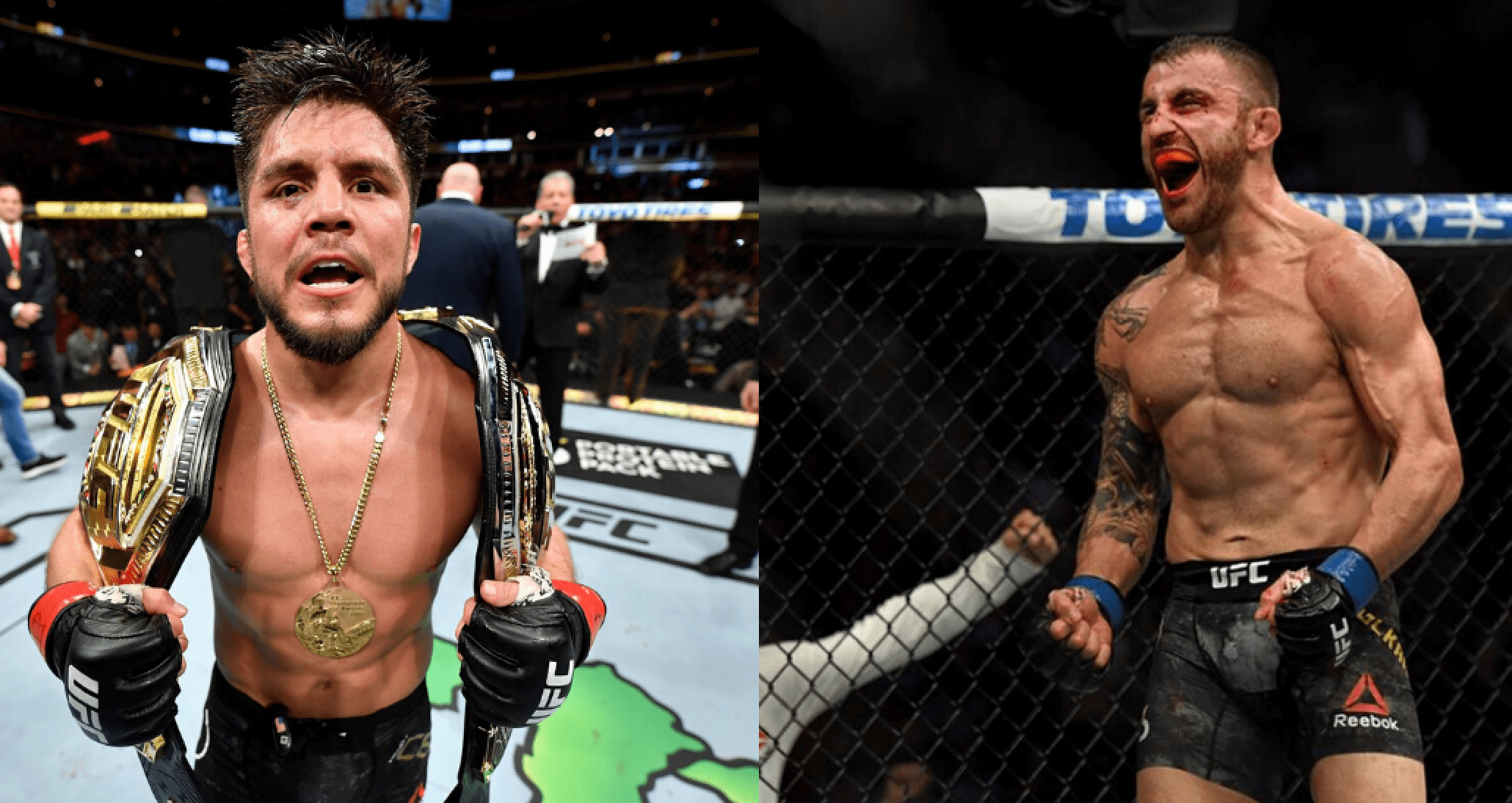 Henry Cejudo shocked the MMA world when he announced his retirement after successfully defending his UFC bantamweight title against Dominick Cruz, in the co-main event of UFC 249 in May.

Although Cejudo has been calling out WBC Silver lightweight champion Ryan Garcia for a boxing contest, only one fighter has interested him enough to consider returning to the Octagon: UFC featherweight titleholder, Alex Volkanovski.

Before retiring, ‘Triple C’ was a former two division champion, being only the fourth fighter in UFC history to own two belts simultaneously. Speaking to Adam Glyn (as transcribed by MMA Junkie), Cejudo said he wants to separate himself from the rest of the bunch, and accomplish what no other fighter has before: to secure a third UFC belt.

“I feel like me winning a third belt in the UFC would cement me as the greatest fighter of all time in the sport of mixed martial arts, because nobody will be able to do that but ‘Triple C'”.

Cejudo, having previously owned the UFC flyweight and bantamweight titles, has one man standing in his way of a third title. But according to the Olympic gold medalist, that man should be Max Holloway and not Volkanovski. The 33 year old stated that he believed the Hawaiian won the UFC 251 co-main event.

“I thought Holloway probably won that fight,” Cejudo said. “… Holloway won, man. It’s unfortunate. I was going for Volkanovski because I think it’s just a better matchup for me. He’s only about two inches taller than me, so I feel like he’d be a better matchup for me if we were to ever fight – if he wasn’t so scared and not scared to sign the damn contract.”

Since the interview, Cejudo has continued to call out Volkanovski on social media.

With a slew of worthy contenders at featherweight, it will be interesting to see if Cejudo gets his wish any time soon.

How do you think Henry Cejudo matches up with Alex Volkanovski?