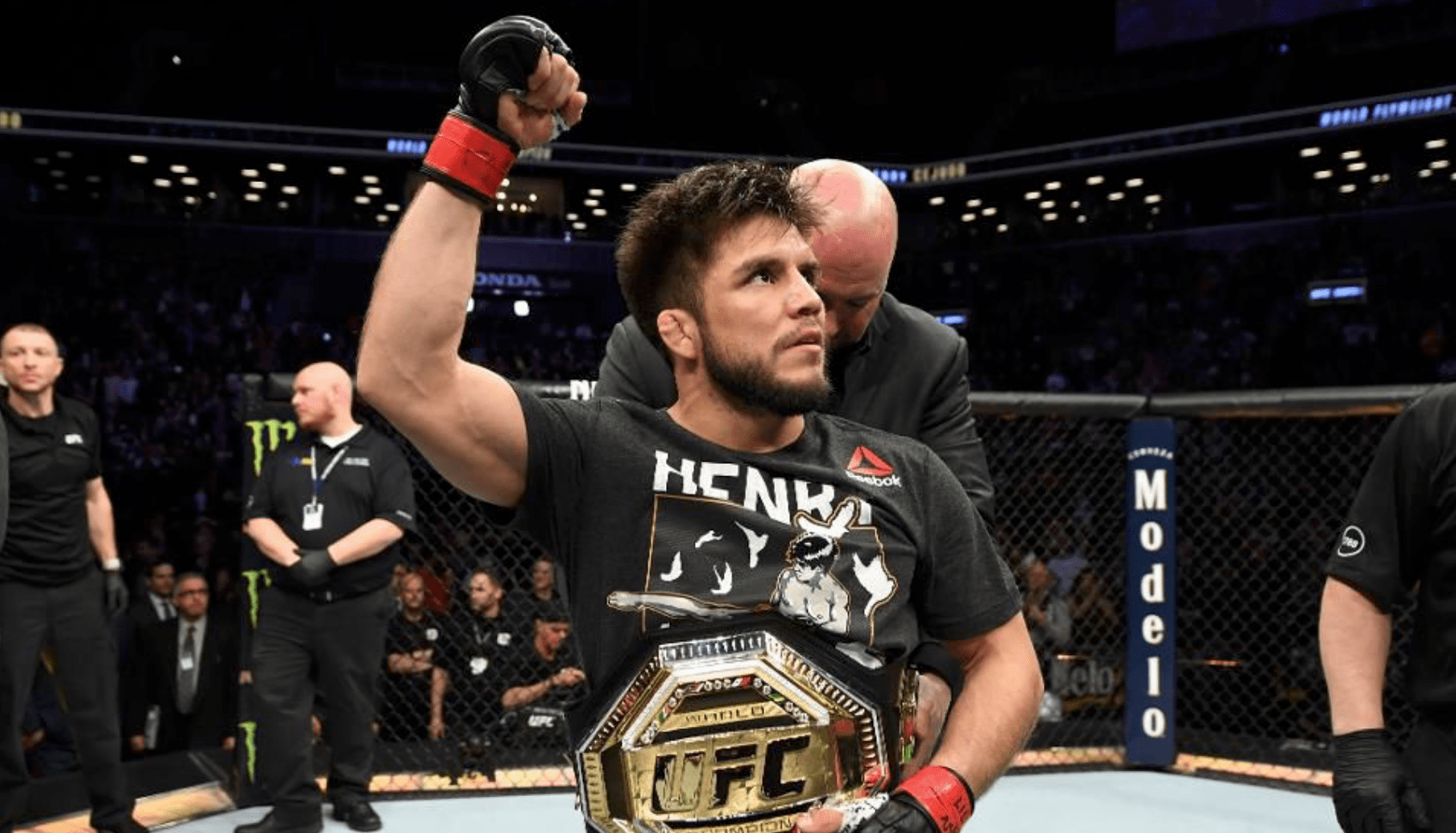 Henry Cejudo retired from MMA earlier this year after he successfully defended his UFC bantamweight title against Dominick Cruz at UFC 249. Since then, the former double champion has insisted that a comeback might not be out of the question, as long as he is compensated accordingly.

“I’m Ready For Anything”

While speaking with ESPN, Cejudo stated that if the price is right, he could return to the Octagon as early as this year.

“If that lucky number does come up, I’ll be back this year if they want,” Cejudo said. “I’m in shape, I’m ready for anything. But I ain’t doing it just because people want to see me fight. I’m doing it because it makes sense for me financially.”

“Show Me The Money”

If Cejudo remains retired, his legacy is already secured. His accomplishments inside of the cage and on the wrestling mats have already cemented his place in history. ‘Triple C’ is one of just four fighters to hold two UFC titles simultaneously, as well as an Olympic gold medal. And as such, if the former champion does return, he wants to be financially compensated.

“Show me the money,” Cejudo said. “That’s it. I’ve got my legacy. My legacy is written. Everybody knows what I’m after. I’m out here chasing green now. That’s what I want. I’ve got all the gold. I want the green.”

If Cejudo were to return to fighting, he has previously said that it would only be for a big boxing match with Ryan Garcia or Vasiliy Lomachenko. Or a chance to make more history by challenging the current featherweight champion Alex Volkanovski, and potentially become the first UFC fighter to hold the belt in three weight classes.

“I know I can beat [Volkanovski],” Cejudo said. “[UFC president] Dana White knows I can beat him, and I know that from close sources.”

Regardless of what Cejudo decides to do, he has no shortage of options when it comes to keeping busy. He has recently been getting into real estate, and is set to co-host Mike Tyson’s podcast. The former UFC flyweight and bantamweight champion could also feature in the WWE and on Dancing With The Stars in the future.

“[WWE Hall of Famer Kurt Angle] wants me in the WWE,” Cejudo said. “He wants me to do some things there. There could be some potential things with the WWE as well. There’s a lot, man. C’mon man — you think I’m out here picking my nose?”

While Cejudo understands that he may never get what he is asking for in terms of compensation, he was also quick to point out that there are no hard feelings between himself and Dana.

Do you think we will ever see Henry Cejudo inside the Octagon again?