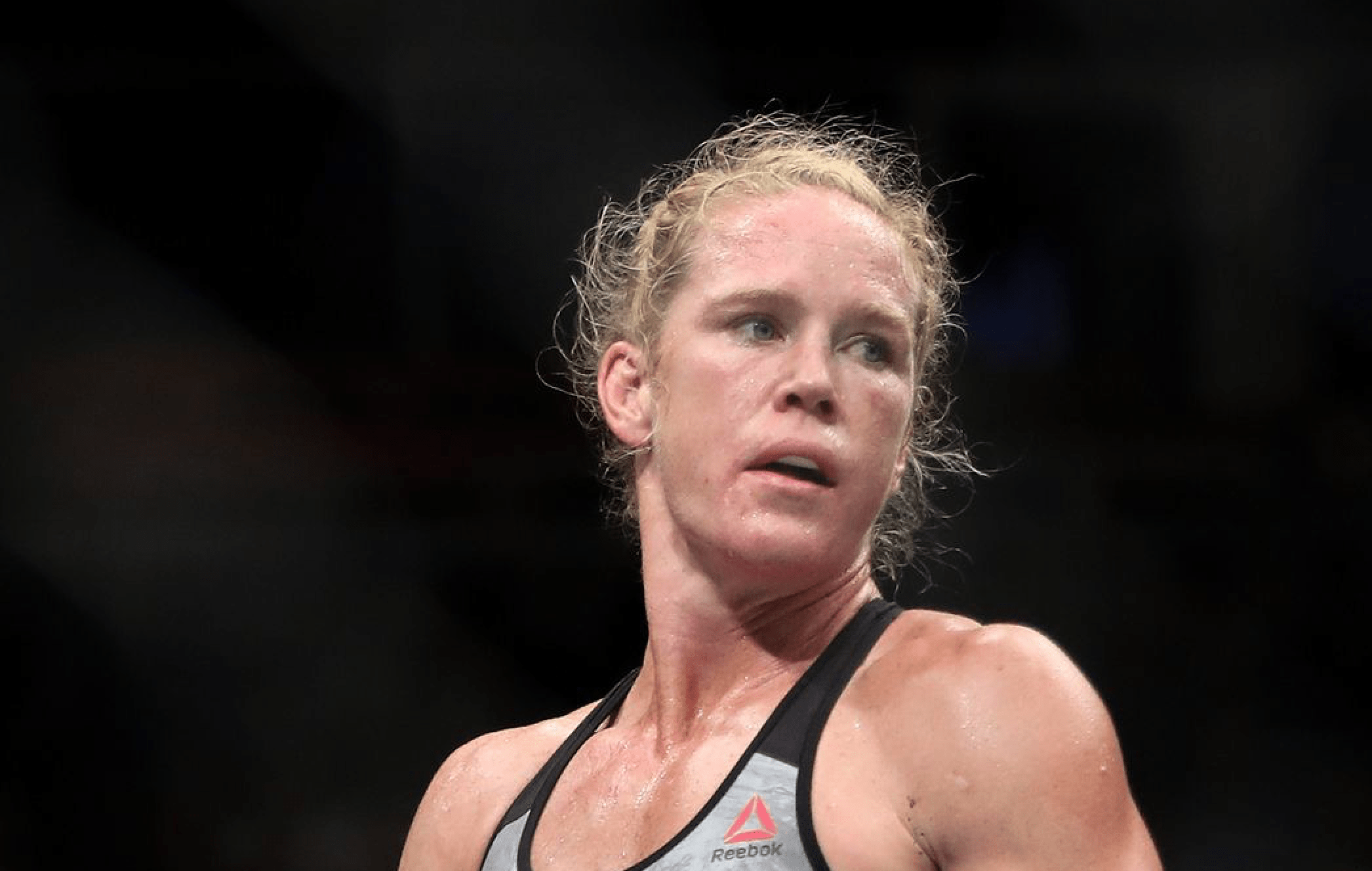 Holly Holm has been at the forefront of women’s MMA ever since her knockout victory over Ronda Rousey at UFC 193 in 2015. Since then, the 38-year-old has faced no one other than world-class competition in the likes of Amanda Nunes, Valentina Shevchenko, and Cris ‘Cyborg’.

Lately however, Holm has been at the centre of criticism from some MMA fans for being granted repeated opportunities to challenge for the belt since losing her first title defence against Miesha Tate at UFC 196. Most recently, ‘The Preacher’s Daughter’ challenged Nunes for the women’s bantamweight title at UFC 239, only to fall short due to a head kick knockout in the first round.

Now, following a decision victory over Raquel Pennington at UFC 246, Holm has been scheduled to face Irene Aldana on August 1st at the UFC APEX. The 38 year old believes that — following a potential win over the Mexican athlete — she could be challenging for the bantamweight belt once more.

Speaking to MMA Junkie, Holm opened up on her future in the UFC’s bantamweight division.

“I’ve fallen short of getting that title back more than once, and it’s frustrating, but I know I keep fighting the very top-ranked girls, so I’m constantly right there,” said Holm. “I’m still aching for it. I still want it. That’s a lot to say. Some people say, ‘Oh, I want the belt’ then they don’t really think about it. I know exactly how much work that takes to get there, and I know it took a big commitment.

“You’ve got to win fights along the way and when it comes, I can’t let the opportunity slip through my fingers again. Obviously it’s right there. I know people say, ‘Oh, she’s had plenty of title fights.’ There’s a reason: Because I keep fighting the best, and I keep staying right there. A lot of times I’m just one fight away. No matter what, I have Irene Aldana in front of me.”

Holm has no shortage of desire to regain her spot as the bantamweight queen; she states that regardless of what critics throw at her, the goal remains the same: becoming the best in the division. The former champ’s title intentions are not fueled by fame, money, or praise, but rather by the aspiration to prove herself in competition.

“It’s just knowing I’m number one,” Holm said. “It’s not necessarily the recognition to other people; it’s not trying to prove other people wrong. I worked so hard that I want to beat the best so that I can be the best. That’s it. When you have the belt on you, that means you beat the best, and that’s what I want. I want to be number one.”

Although winning the title is the ultimate objective, Holm does not dismiss her next opponent. The Jackson-Wink representative analyzed Aldana’s virtues — especially her imposing physical advantages.

“My goal is just to be clearer, stronger, sharper, and more well rounded,” Holm said. “I want to do all of that. I know she’s coming. She’s got a lot of movement; she’s got long punches and long arms. She’s one of the taller bantamweights. Every fighter brings their own strengths, and my job is just to be better at any of those things, and that’s what I’m trying to do.”

Holm has been a protagonist in women’s MMA across two weight classes for several years now. The American fighter refuses to take a step down in competition, always aiming for the steepest challenge. With a potential win against Aldana, the number two ranked bantamweight could face Nunes in a rematch for the title.

How do you think Holly Holm matches up against Irene Aldana?